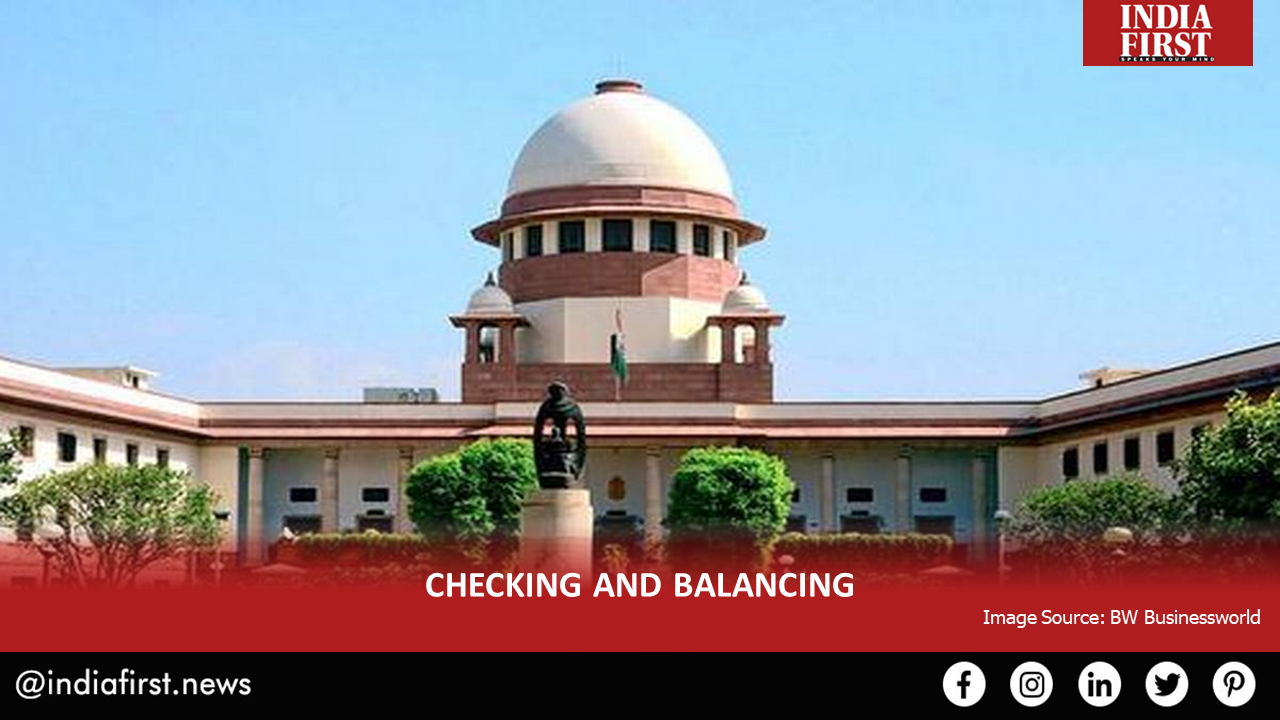 As the highest judicial body of the land, the Supreme Court of India is the prime custodian of the Constitution, the ultimate defender of constitutional rights and the final arbiter of internal disputes. At a time when the nation is in a state of flux, dealing with some of the most challenging circumstances it has ever faced, the apex court has shown on many occasions why it is – and why it always should be – the most powerful public institution of the country.

Two of the most recent such occasions happen to be among the most significant ones.

One was on the burning issue of farmers’ protest against the three new agriculture reform laws that were passed in the Parliament in the latter half of September this year. While the Narendra Modi government said the new laws would empower the farmers with multiple marketing channels and make it easy for them to sell their produce directly to big buyers, farmer unions and the opposition parties backing them deemed these reforms to be “anti-farmer laws” that will make growers vulnerable to exploitation by corporate entities and hurt their earnings.

The farmers’ agitation escalated over the past few months into mass marches towards Delhi, clashes with the police, death of a dozen-plus farmers, blockade of highways and railway lines and a nationwide bandh. The government even offered broad concessions earlier this month to placate them and end the protests, but they would have none of it. With the farmers not ready to settle for anything less than complete scrapping of the new laws and the Modi government standing firm against doing so, both sides have been locked in an impasse that has split public opinion and made global headlines.

When the national and international media reported on the issue in a manner that was largely in keeping with their respective leanings, the Supreme Court of India stepped in at the right time to put things in perspective.

While hearing a set of petitions seeking removal of protesters along the Delhi border on grounds that they inconvenienced the public and impeded their access to emergency services in the national capital, the apex court ruled that the farmers had the right to hold protests as long as they were peaceful, did not endanger life and property, and did not restrict citizens’ right to movement.

A three-judge bench headed by Chief Justice of India S. A. Bobde stated that the protestors could not block a city in the manner they have – by blocking roads and border points – and the farmer unions concerned would be issued notices for their action. But at the same time the bench advised the Centre to put the implementation of the farm laws on hold and also proposed setting up an independent and impartial committee that could hear out both the farmers and the Centre in detail and then work towards ending the deadlock between them.

At this writing, the impasse seems far from over. The Modi government still sees the farmers’ protest as a political movement as it continues to accuse Opposition parties of misleading the farmers over the new laws. On the other side, the farmers have their misgivings about the new laws even as they fervently claim that their protests are not affiliated to any political party.

Yet the Supreme Court of India has ensured with its recent ruling that all parties involved, including the public, are clear about what is right and acceptable and what is wrong and unacceptable. If nothing else, the ruling will prevent the tug-of-war between the Centre and the farmers’ unions over the new laws from ever descending into a no-holds-barred battle at the expense of the nation.

On the same day, in an equally significant observation, the apex court noted that coronavirus pandemic was spreading like wildfire due to the lack of proper implementation of Covid-19 safety guidelines and standard operating procedures (SOPs) even as it called on the government to take strict action against violators.

A Supreme Court bench comprised of Justice Ashoke Bhushan, R Subhash Reddy and MR Shah advised the government that any decisions on imposition of lockdowns and curfews need to be declared well in advance so that people get enough time to be prepared for it.

While it asked the government not to grant permission for celebrations and other activities involving gathering of people as much as possible, the apex court also strongly recommended higher vigilance and stricter surveillance of such events and other public places – such as vegetable markets, eatery points and transport hubs – which can get dangerously crowded unless adequate personnel and measures are in place to prevent that from happening.

The Supreme Court of India bench also strongly suggested that government put in place a “mechanism” through which the nation’s frontline healthcare officials could get some “intermittent rest” from the work they have been doing tirelessly for the past eight months. This was an issue that was crying out to be acknowledged and addressed since a few months ago.

Most significantly, the nation’s top court also addressed on that day an issue that had been concerning many experts and observers throughout all the “Unlock” phases so far: whether people were provided with accurate facts and figures pertaining to the pandemic – such as the number of tests done and positive cases found – just so they are not lulled into a false sense of security and become negligent at a time when they should be more cautious than ever.

The pivotal checking-and-balancing role of the apex court was most recently evident when it stayed an unprecedented and unusual order by the Andhra Pradesh High Court involving commencement of a judicial enquiry into whether there was a failure of constitutional machinery in the state under the Jagan Mohan Reddy government, and whether there were legitimate grounds for President’s rule in Andhra Pradesh.

Deeming that order “disturbing”, the Supreme Court asserted that the power to initiate such moves were vested in the Executive and fell well outside the purview of the Judiciary.

Earlier in the year, the Supreme Court played a similarly crucial role in ensuring a fair investigation into the Sushant Singh Rajput death case by checking the excesses of a shockingly uncooperative Maharashtra government.

Even amidst these troubled and uncertain times, the people of the nation can rest assured knowing that – thanks to the Supreme Court of India – the judicial pillar of the world’s largest democracy stands as tall and strong as ever.