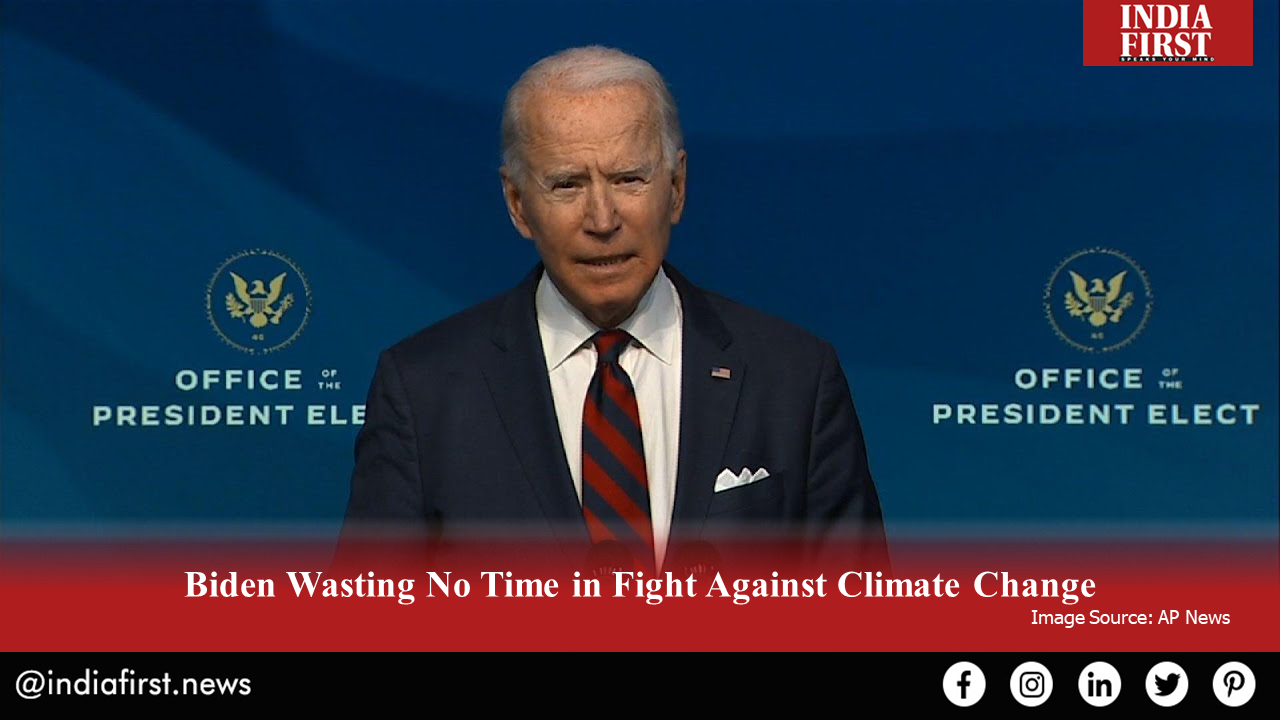 US President-Elect Joe Biden has been shaping his cabinet slowly ahead of his swearing-in ceremony and he has also announced the names of those who will be leading his environmental council. While doing so, Biden said something that is important at a global level: Just like the COVID-19 pandemic required a unified national response, the issue of climate change also requires an urgent, effective and unified national response.

Biden’s statement underlines his serious approach towards climate change and his resolve to treat concerns raised over the issue with utmost urgency and priority. His approach is in stark contrast to President Donald Trump’s views about climate change. Under the Trump administration, the US ramped up the production of oil and gas while dismantling safeguards implemented to conserve the environment.

With its introductory reforms, the Biden government will be looking to undo the policies that have proved to be detrimental for the environment and instead introduce new laws that will have a positive impact on the cause of climate conservation. The Biden government is also committed to helping communities most affected by climate change, such as lower-income groups and working people who have suffered due to the double-edged sword of pollution and climate change.

According to official reports, the year 2020 will be the warmest year on record because the first nine months of the year saw a record increase in the levels of greenhouse gases such as carbon dioxide, methane, and nitrous oxides. This was despite a decrease in the use of vehicles during the lockdown phases across many regions of world. As global temperatures increase and global warming comes into play, the world’s ice caps, including the arctic ice, are melting away and have reached their thinnest levels in recent history. With so many factors at play as accelerators of climate change, it looks like the world needs to buck up to fight back climate change and it will not be smaller in scale than the current pandemic.

With his recent address, the US Presidential-Elect reiterated the need to accelerate efforts towards climate change mitigation in the near future.

During his interaction with the media, Biden announced the name of Deb Haaland as the first Native American to lead the Interior department. Former Michigan Governor Jennifer Granholm is being considered for being the next energy secretary. In an effort to bring out inspiring stories to the fore and creating history, Biden has chosen Michael Regan to lead the Environmental Protection Agency of the country.

Biden’s strong approach towards climate issues is a ray of hope for not just the U.S. but also the whole world.