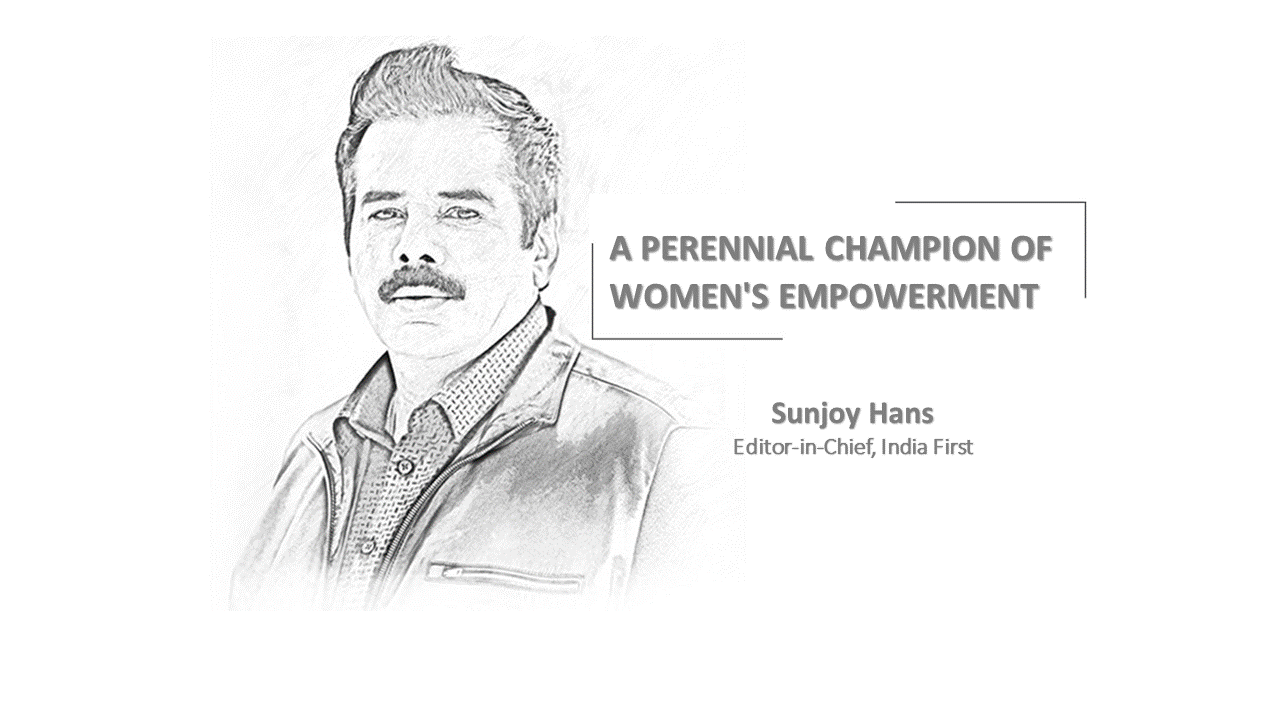 Odisha’s legendary leader and former chief minister, Biju Patnaik, was often called the ‘first feminist’ because of his revolutionary initiatives to empower women. He was not only the first chief minister of the country to reserve 33 percent seats in panchayats and urban bodies for women way back in  1992, but he had also set an example by appointing Sumani Jhodia, a tribal woman from Rayagada district, as one of his advisors who had been given the powers of a police officer to tackle the menace of country liquor that was playing havoc with the lives of women in tribal hamlets.

Chief Minister Naveen Patnaik continues to follow in the footsteps of his father. Rather, he has gone a step ahead by raising the reservation ratio for women in panchayats and urban bodies to 50 per cent. On the eve of the last elections, he had announced that 33 percent of the Biju Janata Dal’s Lok Sabha tickets would be given to women. He fulfilled his promise by fielding seven women candidates, out of which five won – including a septuagenarian self-help group (SHG) leader Pramila Bisoi who contested from Aska, a seat dear to Patnaik as he had begun his career in electoral politics from there.

The five-time Chief Minister of Odisha has also been urging other parties to follow his example and provide 33 percent quota to women in the Parliament and state assemblies. He reiterated his call recently on the occasion of his party’s 24th foundation day and resolved to turn the issue into a national movement. Accusing the national parties of paying only lip service to the cause of women’s empowerment and talking about it only at the time of elections, Patnaik underscored the importance of making women aware of their rights. He said that even though the BJD was a regional party, it would take the message of women’s empowerment to every doorstep and turn it into a national movement.

Patnaik has also taken steps to ensure economic independence of women and provided them an opportunity to contribute to the growth of the state through the SHG movement which is being sponsored by Mission Shakti. The mission, which has become synonymous with economic empowerment of women and their dignity, has brought out the best in women hailing from the most humble backgrounds in various parts of the state.

Currently around six lakh women self-help groups (SHGs) in the state are engaged in a variety of economic activities that not only sustain the families of these women but also contribute in a big way to the development of the state. Mission Shakti has turned into a brand with the phenomenal success of the SHG movement.

These women collectives with diversified activities have given rural women a unique identity. The election of Bisoi from the Aska Lok Sabha constituency last year was a tribute to the popularity of this cooperative movement of a different kind. All this has been possible due to the vision of the Chief Minister who, like his father, remains a staunch votary of women’s empowerment.