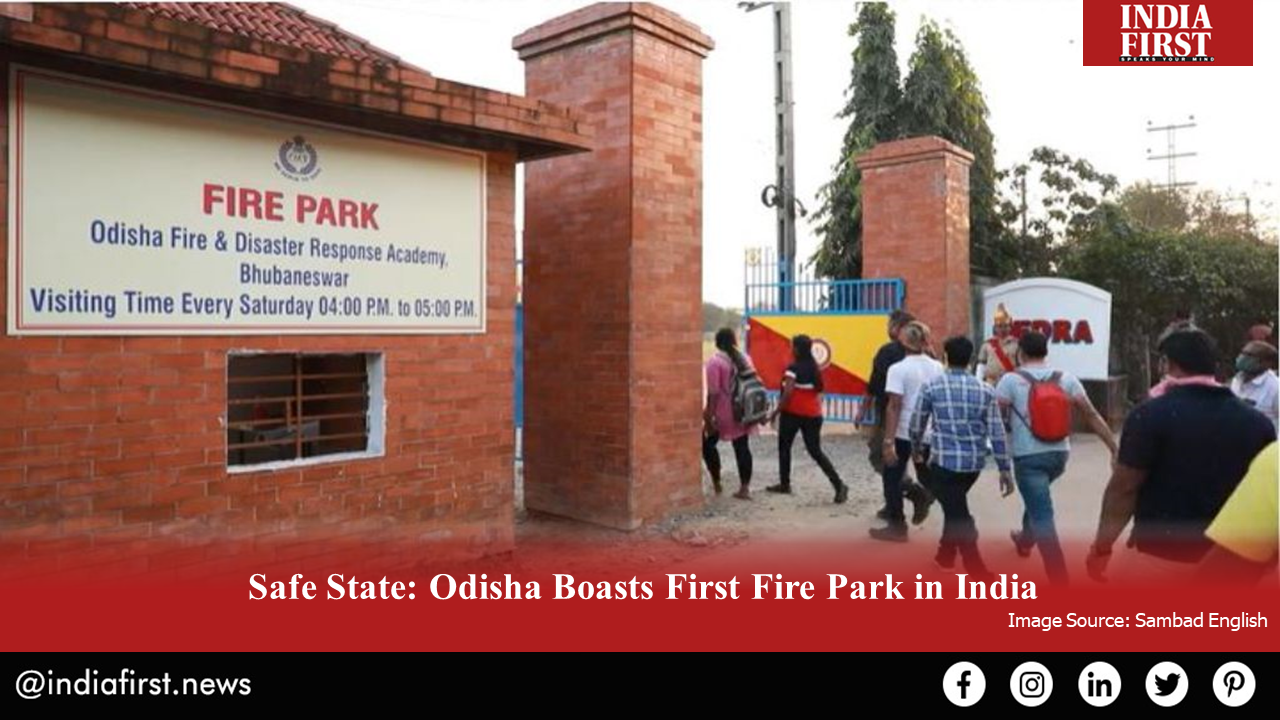 Odisha Chief Minister Naveen Patnaik recently inaugurated India’s first Fire Park in Bhubaneswar, an initiative aimed at spreading awareness about fire safety in the state. Along with the new fire park, the CM also launched a web portal, named AgnishamaSeva, of the Odisha Fire Service so people can avail emergency services through an online media as well.

Built inside the Odisha Fire and Disaster Academy in Bhubaneswar, the Fire Park will be open to the public every Saturday from 3.30 pm to 5.30 pm. The various activities that have been planned inside the Fire Park include educational program on how to carry out first aid with firefighting equipment, rescue and disaster operations, a visit to the exhibition hall and the screening of films on fire safety and control.

The government will be mostly focusing on the young students of schools and colleges under this initiative so that the new generation of Odisha’s citizens are better prepared against unfortunate incidents such as accidental fire breakouts.

Fire breakouts happen every now and then in the state due to some people’s carelessness in handling of inflammable substances. Whether it be the destruction of shopping complexes and goods worth lakhs or the loss of lives due to accidental fires in residential areas, devastating fire breakouts often happen from a single flame and are aggravated by the lack of fire safety awareness among people.

Instances of fire breakouts increase during festivals such as Diwali when lights, diyas and fire crackers are used at homes and commercial establishments. There have been many instances in the past of people dying of severe burn injuries on these occasions. There needs to be enough awareness regarding the fact that timely action to stop the fire and proper first aid administered to a victim can reduce the severity of such accidents and save many lives.

The new Fire Park is an initiative to educate people on important fire safety topics so that they move forward from panic to decisive action during emergency fire breakouts.

On the occasion of inauguration, the five-time Chief Minister expressed hope that the Fire Park will be able to achieve its aim of creating safety-compliant citizens. He declared that all the 16 fire services offered by the Odisha Fire Services will now be available for the citizens on the official web portal of www.odishafshgscd.gov.in. Patnaik also advised the state fire service department to reinforce and use the feedback mechanism under the Mo Sarkar initiative so that effective, hassle-free and fast responses are provided to the citizens during emergencies.

The Chief Minister lauded the contribution of the state firefighters and the department in Odisha’s battle against Covid-19. The fire services have been involved in disinfection and sanitisation drives. The firefighters have also donated plasma in large numbers, helping in the timely treatment of critically-ill Covid patients.

Expressing happiness for the praise that Odisha Fire Service has garnered over the past year at the national level for its effective and fast responses during disasters, the CM encouraged the department to further adopt and leverage technological advances to increase its efficiency and services.