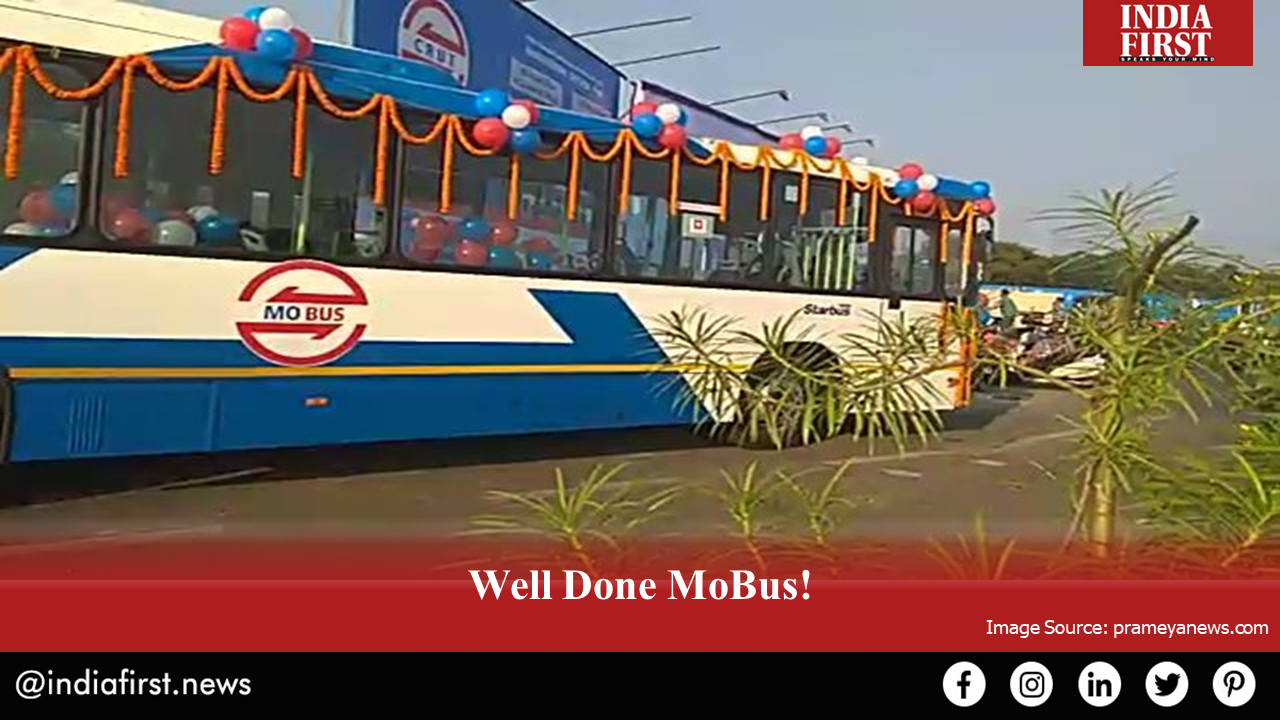 In a country like India, where the society and its composition are incredibly complex and the population is vast, public transport has reasons for gaining importance. Even though the number of personal vehicles has been increasing, and cab services like Uber, Ola or the less popular Jugnoo have made their mark in the transport market, government-funded transport services are still preferred by many people as their daily commute means.

In India, nearly every state has its own public transport system managed by the public administration. Odisha has its own public bus service, the MoBus launched in 2018 and within a short period of just over two years, the MoBus service is the backbone of the state’s functional system, especially in the twin cities of Bhubaneswar and Cuttack.

From the working-class population who travel for their 9 to 5 jobs to outsiders who use it as a convenient way to get around the city from its railway station, the MoBus is the thread integrated into the fabric of the twin cities that keeps it moving every day.

While we talk about the adults using the public transport system, another section of the population should not miss our mentions; the college and school goers. With the MoBus services diversified into many routes which cleverly connects all major and minor roads of Bhubaneswar- Cuttack region, school-going children also use public transport to travel to schools regularly. This is because the MoBus service is a safe, modern, and effective way of transport that provides smooth services to the citizens while being extremely affordable.

While MoBus is usually commended by the citizens of Bhubaneswar-Cuttack for being efficient and affordable, recently a grievance from a minor citizen of Bhubaneswar showed how prompt the MoBus service providers were in their actions so that it can be availed by all.

Recently, a school student by the name of Sai Anwesh Amrutam Pradhan, raised an issue on Twitter that due to the changed timings of the MoBus service, he is unable to reach school on time. The MBS Public School student tweeted his complaint to IPS Officer Arun Bothra, the managing director of the Capital Region Urban Transport (CRUT) body, the organisation that manages the MoBus service in the twin cities.

Pradhan’s school started at 7:30 am while the first bus on his route would come only at 7:40 am, making him late for the school. As the tweet was genuine, it attracted the attention of many and was retweeted by the Twitterati. It also caught the attention of IPS officer, Arun Bothra. Pradhan got responses from the MD of CRUT and the official Twitter handle of MoBus, assuring him that the bus schedules will be corrected to accommodate his school timings and the first bus will start from 7 AM so that he and kids like him who go to school early in the morning could reach their schools in time. Bothra also added that it is because of the love MoBus has received from the citizens that its buses continue to ply on the roads. CRUT and Bothra’s swift response have won the admiration of people who have lauded MoBus’s dedication towards serving the people of the capital.