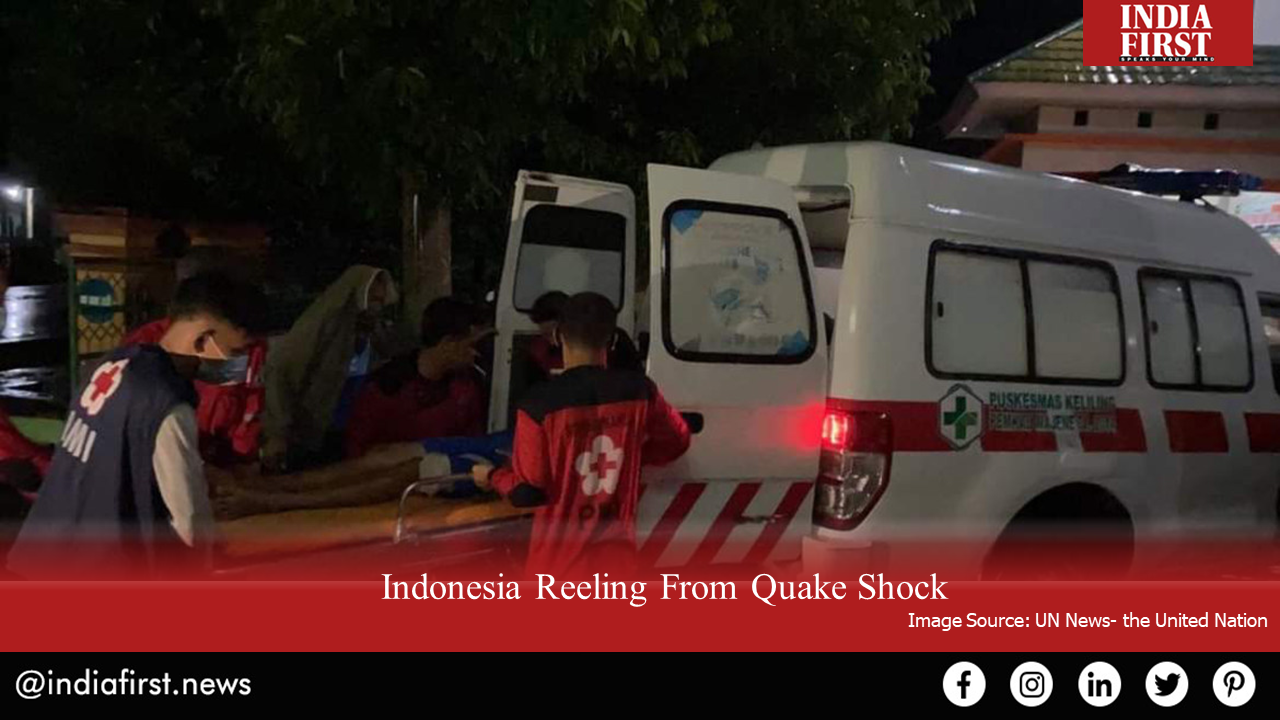 Just days after an Indonesian airplane nosedived into the Java Sea, resulting in a national tragedy that cost numerous lives, the island country faced another devastating tragedy on January 15 when an 6.2-magnitude earthquake hit the island of Sulawesi, destroying houses and claiming more than 40 lives.

Situated in a quake-prone region of the planet, Indonesia has seen frequent earthquakes, volcanic eruptions and tsunamis in its long history of natural disasters.

The earthquake that hit Sulawesi Island on January 15 at around 1 am (local time), left hundreds of people scrambling for safe shelters. The epicentre of the earthquake has been determined to be 6 km away from the city of Majene in West Sulawesi. The shocks of the quake were felt well into early morning of the day, reducing houses to rubble and damaging public property extensively.

The damage also included the destruction of a hospital that has left many patients and doctors trapped under the wreckage. With people feared trapped under remains of buildings, the rescue teams working on site to clear out the rubble and help out civilians are afraid that the death toll might be higher than estimated. Apart from the number of people who were killed by it, the earthquake has also left hundreds injured with 637 of them in Majene alone.

The full scale of the damage incurred due to the quake has not yet been estimated by the Indonesian government as the first order of business is to rescue as many people alive as possible. Major roads in Majene and surrounding areas stay blocked and unable to support public transport. Connectivity in the region has also suffered greatly as bridges have collapsed and the Mamuju domestic airport has been damaged. Electricity supply lines and telephonic lines have been interrupted, plunging Majene and its surrounding areas into darkness and despair.

Because the earthquake struck when most people were sleeping, many people have been trapped under collapsed buildings and a lucky few have escaped. Videos of people fleeing and crying for help have emerged, highlighting the terrifying scale of damage inflicted by the earthquake. Although the earthquake only lasted for seven seconds, such was its power that the affected areas will need months to recover from the blow dealt by its shock waves. Some families will never recover from their irreparable losses.

The aftershocks of the quake were felt on January 16 even as rescue personnel scoured the devastated region for any sign of life waiting to be salvaged. The only silver lining of this incident is that the quake has not triggered a tsunami warning on the coastline. The aftershocks of magnitude 5.0 have also not caused any significant damage or casualties, providing some respite to the residents of Sulawesi.