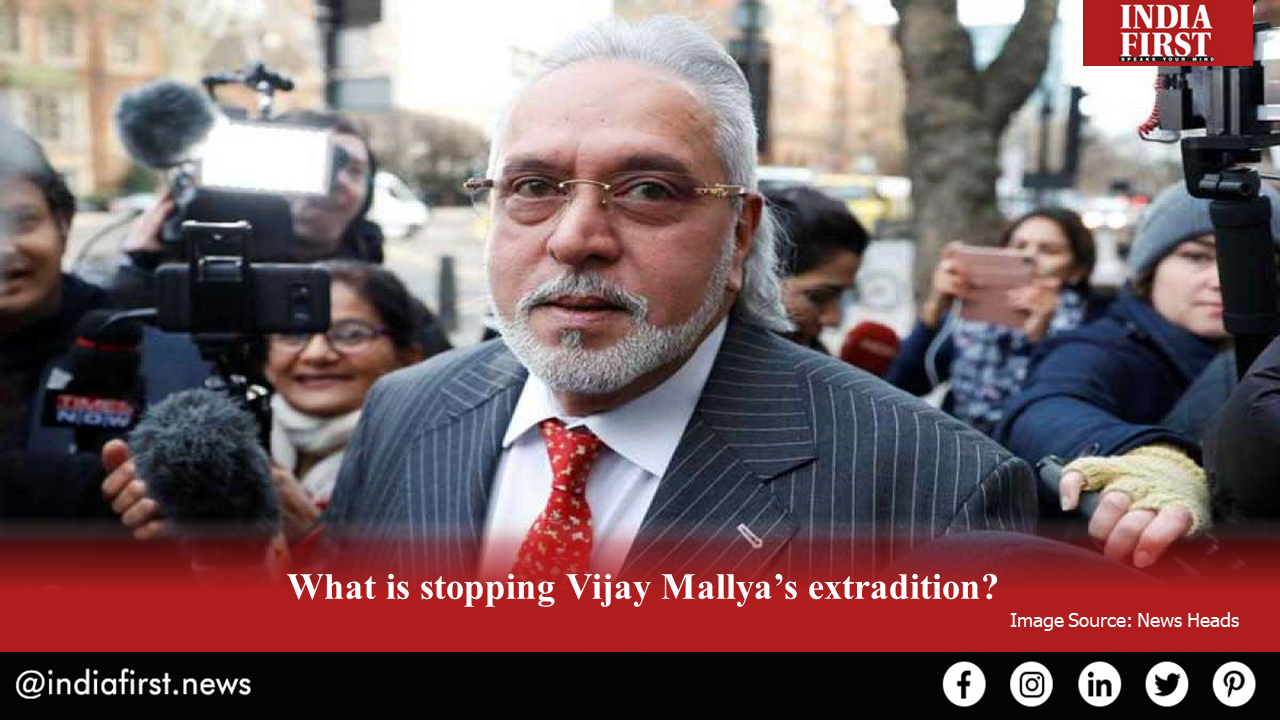 Tainted tycoon Vijay Mallya has been an accused of defaulting on bank loans worth Rs 9000 crores since early 2016. However, instead of being behind bars in India, he is still enjoying his freedom in the United Kingdom, being out on bail not long after his arrest on an extradition warrant executed by the Scotland Yard on behalf of Indian government in April 2017.

Briefing the Supreme Court on the developments of the case, the Central government has said that it is doing everything in its power to ensure that Mallya’s extradition finishes fast and smoothly. The Centre has also said that there are certain legal complications that need to be resolved before the Indian government can extradite the fugitive businessman.

Although the UK government has apprised the Indian government of the legal issues involving the extradition case, the details are yet to be accessed and the government will be waiting for further communication from the UK government in this matter. The expected timeline for resolution of these issues is also not known yet.

The Supreme Court bench, comprised of Justices Uday U. Lalit and Ashok Bhushan, postponed the case hearing to March 15 this year because Solicitor General Tushar Mehta asked for more time to report on the recent status of Mallya’s extradition. As the extradition is being pursued by the Ministry of External Affairs, the Solicitor General has shared a letter given to him by the MEA which details the progress made in the case so far.

The Solicitor General said that although the government is making efforts from the administrative level to the political level, the status quo on the matter has remained unchanged and might see further delays as the case faces legal issues.

Although those issues are of a confidential nature, the UK government is extending its full support in resolving them so that the extradition can be smoothly completed.

The Solicitor General also said that even at the administrative level, MEA secretary Harshvardhan Shringla had raised the topic of Mallya’s extradition with UK home secretary Priti Patel, who informed him that the British government is working on resolving the issues. The issue has been raised on multiple occasions after the November 2020 meeting between the two, with External Affairs Minister S Jaishankar discussing it with UK foreign secretary Dominic Raab in December last year. The most recent discussion on the matter was held earlier this month and there has been no significant progress in the matter.

In November last year, the apex court had asked the Centre to submit a status report on Mallya’s extradition and the legal issues revolving around it in the UK.

The previous month, the Central government had informed the Supreme Court that Mallya’s extradition could be completed until a confidential and little-known legal process in the UK is complete.

Recently, the Supreme court had dismissed Mallya’s lawyer’s request for his client to be discharged from the case.