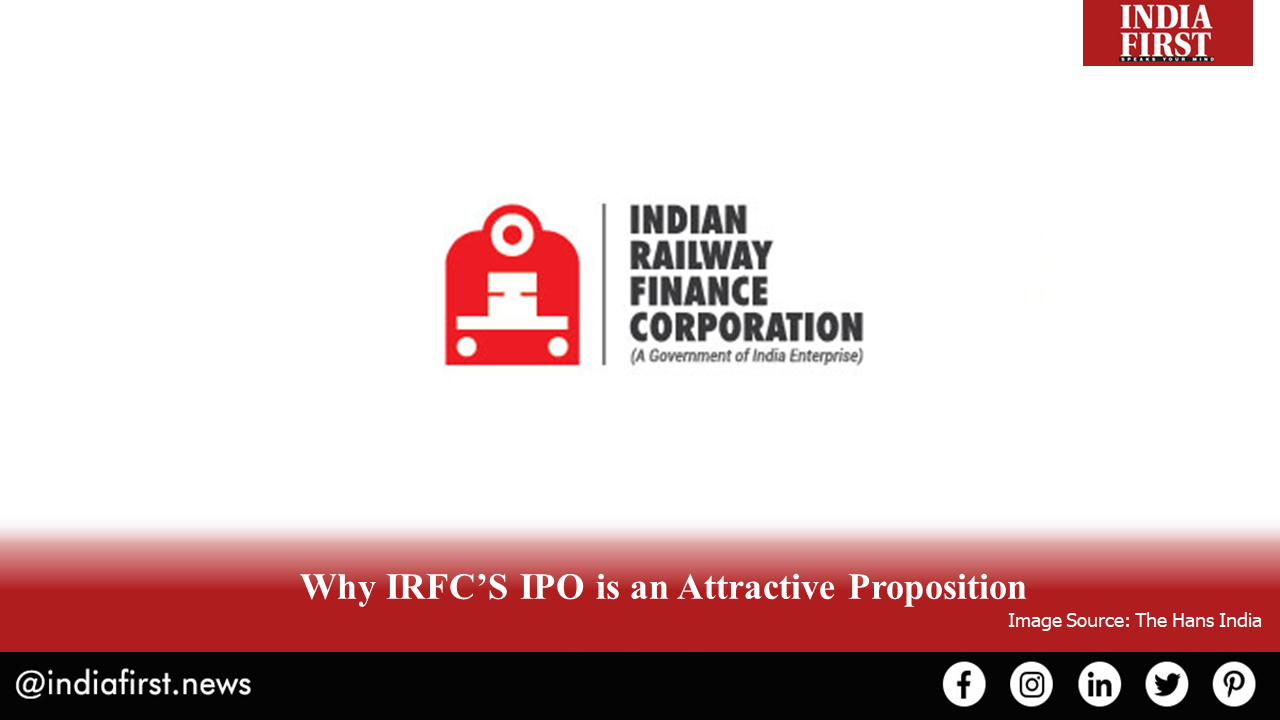 The initial public offering of the Indian Railway Finance Corporation opened on January 18 and will remain open until January 20 this year. The initial target is to raise Rs 4,633 crores at the price of Rs 25-26 per share. The funds raised from the IPO will be directed to increase the company’s equity capital and create a strong base for the business opportunities that might come the company’s way in the future. A part of the gathered funds might be used to fund general corporate procedures followed by the company.

The IPO will be selling a total of 594 million shares that are worth Rs 1480 crores. Once the IPO is executed successfully, the government’s stake in the company will decrease to 86.4 per cent. The IPO is also issuing 1,188 million shares that have a collective value of Rs 2,970 crore.

Established in 1986, IRFC is a public sector venture that finances the rolling stock of railway assets such as railway coaches, trucks, locomotives and engines and railway wagons. It takes care of the leasing of railway assets to third party users, and lending to the subsidiaries of the Ministry of Railways. It also does the job of asset management for the Ministry of Railways, while taking care of the finances involved in the expansion plans undertaken up by the ministry.

According to reports, the IRFC has borne nearly half of the Indian Railways’ total capital expenditure last year.  The exact amount of funds financed by the IRFC for the Indian Railways stands at Rs 71,392 crores. The Indian Railways is planning to expand further and this will require a strong backup of financing, for which IRFC will have to be ready. The operations linked with the Indian Railways will also increase, which will in turn enhance the finances of the railways, profiting the IRFC.

Investing in the IRFC while it is an IPO may be beneficial as the stakeholders will be profiting from the healthy financial growth that the company has recorded over the last few years and is predicted to continue doing so in the next financial year. The CAGR observed for IRFC for the FY17-20 is seen at 19 per cent. The cost to income ratio of IRFC is at 2.94 percent. The NIM of IRFC is also at 1.38 per cent. In the form of syndicated foreign currency term loans, the company can source external commerce borrowings, which indicate a strong credit rating for the company. From a strong credit rating to a low business risk and a strong phase of predicted growth, there are many reasons why the IPO of IRFC is an attractive proposition.