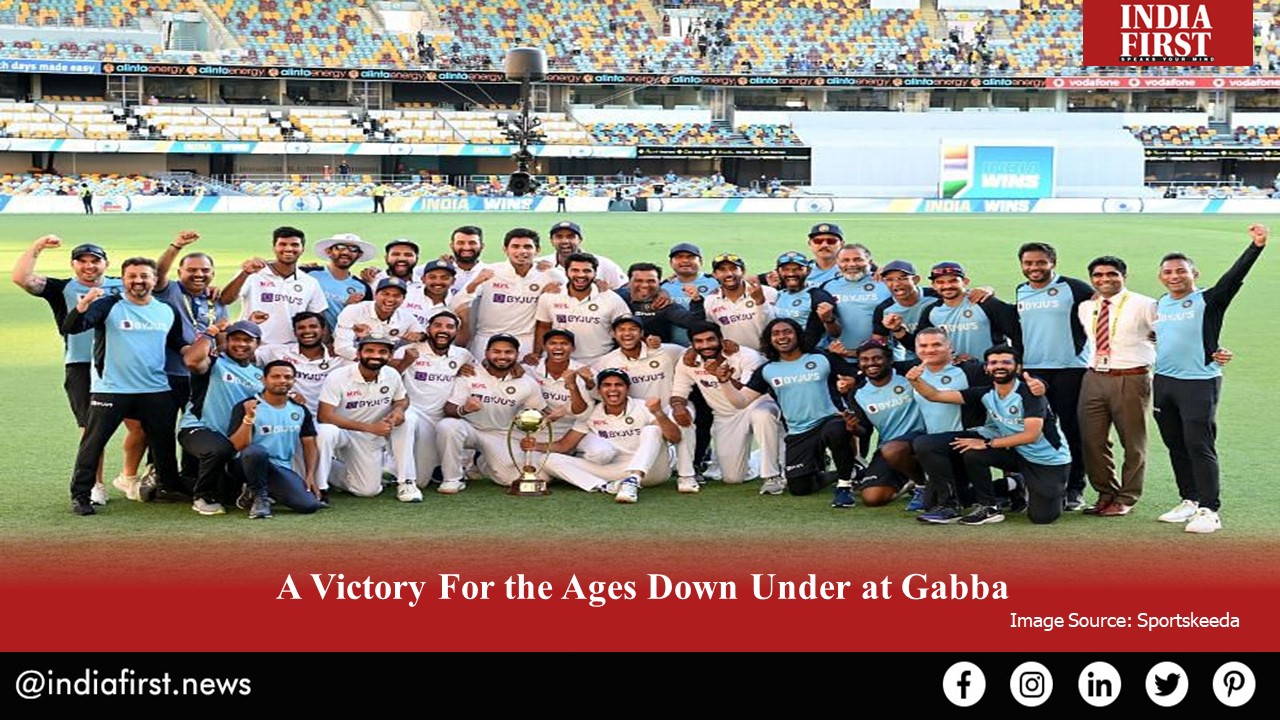 It was a trying moment for Indian cricket fans when Australian test cricket team captain Tim Paine sledged resilient all-rounder R Ashwin in the Sydney test by telling him that he could not wait to see the Indian team at the Gabba.

What encouraged Paine’s cheeky remarks, apart from seeing a sweaty Ashwin struggle with a sore back, was the Aussie skipper’s overconfidence stemming from the fact that the Gabba stadium was something of an impenetrable fortress where Australia had not lost a test match in the past 32 years.

Ashwin’s now-famous retort was just a sign of his confidence in his team’s abilities and patience – the two things that something that helped India change the course of history Down Under. While the odds were heavily stacked against an inexperienced and injured Indian team, its win in the Gabba Test is seen as a tangible manifestation of Ashwin’s fitting response to Paine’s sledging.

With a three-wicket win over Australia at the Gabba, the Indian team not only retained the Border-Gavaskar Trophy and brought glory to their nation but also effectively ended Australia’s longstanding dominance in Brisbane by becoming the first touring team in 32 years to defeat the home team.

With patience, teamwork and nerves of steel, the Indian team pulled off a feat that had seemed impossible for other touring teams. The fact that the team achieved this historic feat while being subjected to media scrutiny, days in isolation, racial abuse and injuries has made the win all the more special. For a series that saw the India team go through an emotional roller coaster along with many twists and turns in the matches, there could not possibly have been a more fitting end to it all.

For test matches in Australia, a total beyond the 300 mark is seen as a formidable score. The Australian team had posted a rather challenging total of 328. However, it was with sheer grit and talent that the Indian men chased down the score and, despite the initial hiccups, turned the match in their favour.

When India lost the wicket of Rohit Sharma early in the game, it was anticipated that the team would struggle to achieve the score in front of it. However, the promising upcoming opener, Shubman Gill, built a substantial partnership with Cheteshwar Pujara before falling victim to “the nervous nineties” phenomenon just nine runs away from his first international test century. Those 91 runs were crucial in giving India the necessary confidence to persevere through the match. Pujara, often dubbed as the new wall for India in test cricket and the successor of Rahul Dravid, held on to one end of the crease, shielding India from wicket loss while building important partnerships to amass the necessary runs. It was the deciding partnership between Pujara and Pant that solidified the Indian innings.

Gill and Pant might have played an impressive game and added to the scorecard, but their aggression was fruitful only when complemented with the immaculate defence put up by Pujara. The batsman redefined the term ‘human wall’ by soldiering on while surviving blows to his ribs, fingers, helmet and shoulder. Pujara standing strong at one end of the pitch, determined to play on for his team while enduring pain, was a spectacular example of the incomparable charm of Test cricket.

After Pujara got out, it was Pant who made the ball sing to his tune and hit a decisive and unbeaten 89 to bring the trophy home. With a mix of aggression and steeling calm, Pant proved that he is capable of playing both ODI and Test cricket as he came up as a dependable batsman who can be seen as an experienced finisher in the future.

The win would not have been possible had newcomers Mohammed Siraj and Shardul Thakur not spearheaded the Indian bowling attack. Siraj earned a five-wicket haul while Shardul took four wickets to limit the Australian batting side to 298 by the end of day 4 of the match.

It was an emotional moment for the team as a relieved Pant and Saini walked back to the pavilion with the stumps. The atmosphere was unreal as fans rejoiced in the much-deserved win for India. The Gabba will never be the same again.