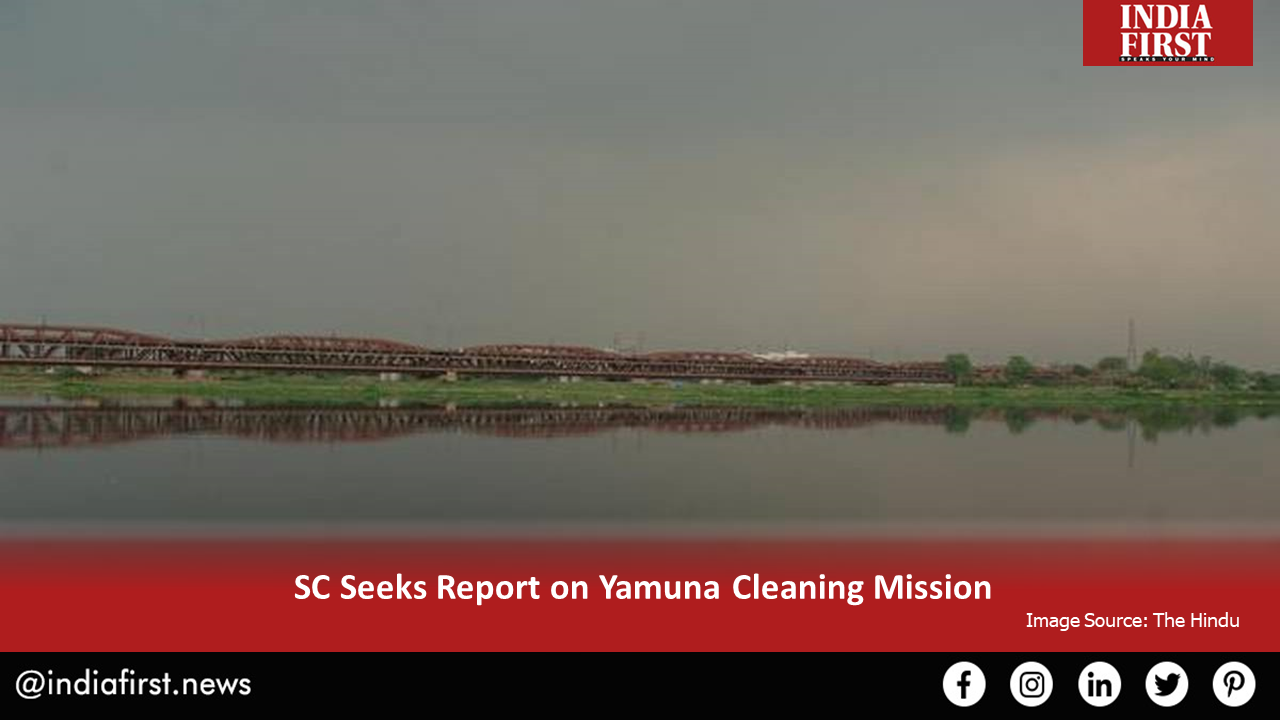 Yamuna is now one of the most polluted rivers in India, full of contaminants such as heavy metals and chemicals that make the its water unfit for any kind of domestic use, whether it be for drinking or bathing.

Although the lockdown last year and the consequent reduction in pollution had a positive effect on the water quality of Yamuna, there is still a dire need of deeply cleaning the river and its surroundings in the urban areas of the country, particularly in the Delhi-Agra region.

Just like the cleaning of Ganga, the government had also taken up the cleaning of Yamuna as an environmental cause.  The National Green Tribunal had formed a monitoring committee in 2018 and directed it to formulate an action plan to be implemented for cleaning of the Yamuna.

But nothing much seemed to have happened since then.

Therefore, the Supreme Court recently directed the monitoring committee to submit a report regarding the various recommendations made by it to the authorities towards cleaning of the river and the extent of its implementation over the past two years.

The apex court’s directive came after the submission of the observations made by senior advocate Meenakshi Arora about the functioning of the monitoring committee appointed by the NGT.

The court took note from those observations that the Yamuna river water quality had improved significantly to reach an excellent level and that the contamination level of the water had reduced. The presence of ammonia, which is a major water pollutant in the Yamuna ecosystem, has reduced, indicating that the aquatic ecosystem is healing. Arora made this disclosure in front of a Supreme Court bench on January 18 this year.

The senior advocate stated that the improvement in the Yamuna’s water quality had been impressive, and if the cleaning process was kept up the way it has been, then the nation will once again be able to see a clean and thriving Yamuna in the coming years.

Arora requested the Supreme Court bench to seek a detailed report on the committee’s functioning and how the recommendations of the committee have been implemented during the river cleaning process. Noting that the Delhi Jal Board has successfully improved the water quality of the Yamuna to excellent-for-use level, she said the Yamuna cleaning mission was accomplished within a short period and it proved that maintaining a clean environment is possible if there is the willpower to do so.