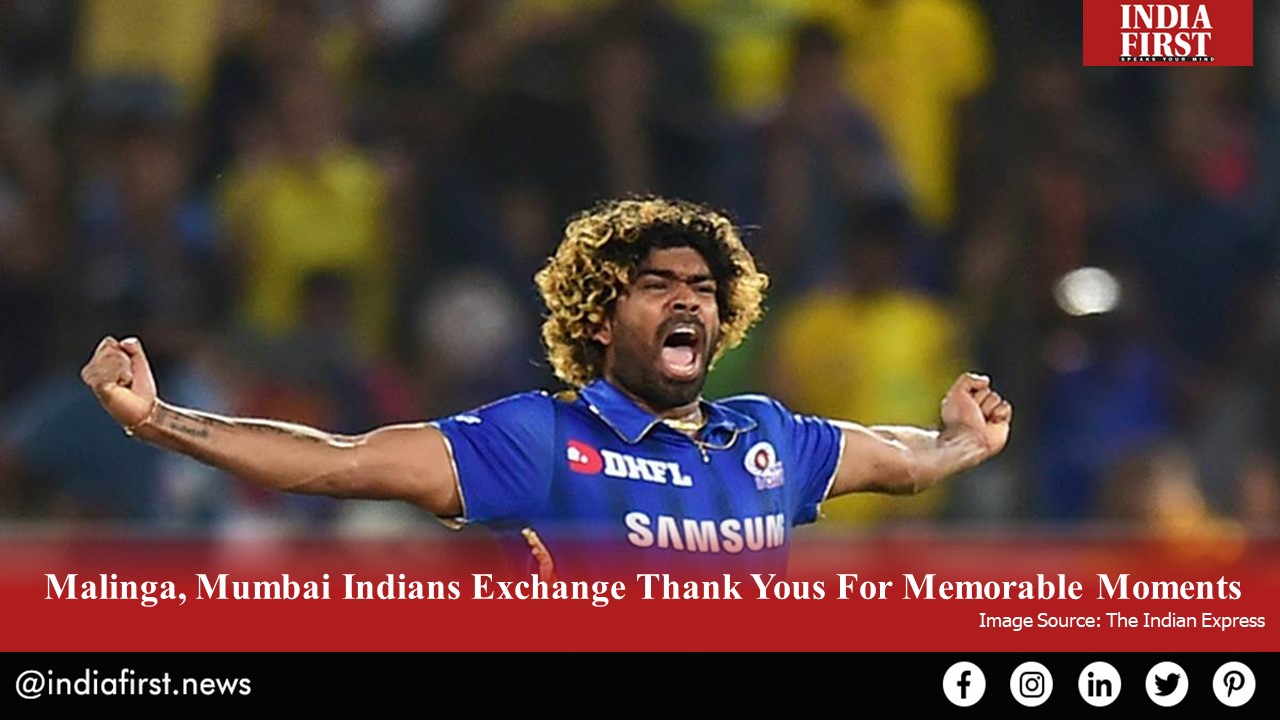 According to the statement released by the IPL franchisee, Malinga had decided to retire earlier this month after a discussion with his family. He said the new restrictions on travel and Covid-19 regulations in the sports world would make it difficult for him to commit to the schedules of franchise cricket tournaments this year. Therefore, Malinga explained, he decided to hang up his boots in all forms of franchise cricket.

The IPL 2021 auctions will be held soon and Malinga informed his IPL side, the Mumbai Indians, of his decision ahead of the auctions. The bowler thanked his side for being supportive of his retirement decision. Malinga expressed his gratitude to Mumbai Indian owners, the Ambani family, the team management and players, as well as the fans who have accepted and cheered on for him in the past 12 years for his association with the champion franchisee. He led his team’s bowling attack, both with experience, passion and skill, and he was instrumental in many of his team’s wins by taking match-winning wickets .

In a statement, Mumbai Indians owner Akash Ambani said Malinga was a part of the core team and they would have liked to have him with them for another five years. However, Ambani added, the management shall respect his decision and go on without him in the upcoming edition of IPL. Recounting the moments when Malinga came through for his side, Ambani said that the Wankhede will always miss the ace cricketer. He also expressed hope that Malinga would continue to be associated with the Mumbai Indians family, joining it in the future in a non-playing capacity.

Malinga has been part of the IPL-winning journey of MI four times over the past 12 years. Although Mumbai Indians won the IPL in 2020, Malinga decided not to participate in IPL 2021 due to personal reasons.

The veteran bowler thanked his team for letting him play his natural game in matches and shine on various occasions. He thanked everyone in his team for treating him like family and giving him so many memories. As he signed off wishing his team good luck for the upcoming season, Malinga brought the curtains down on an illustrious career in franchise cricket.

Following his announcement, Malinga’s former side also shared an emotional message for him with a compilation of his memorable moments on the field during his time with them. The emotional video also features footage of a packed Wankhede Stadium – the home ground of Mumbai Indians – chanting ‘Malinga, Malinga’, evoking a feeling of excitement that the man brought to the sport in his playing days.