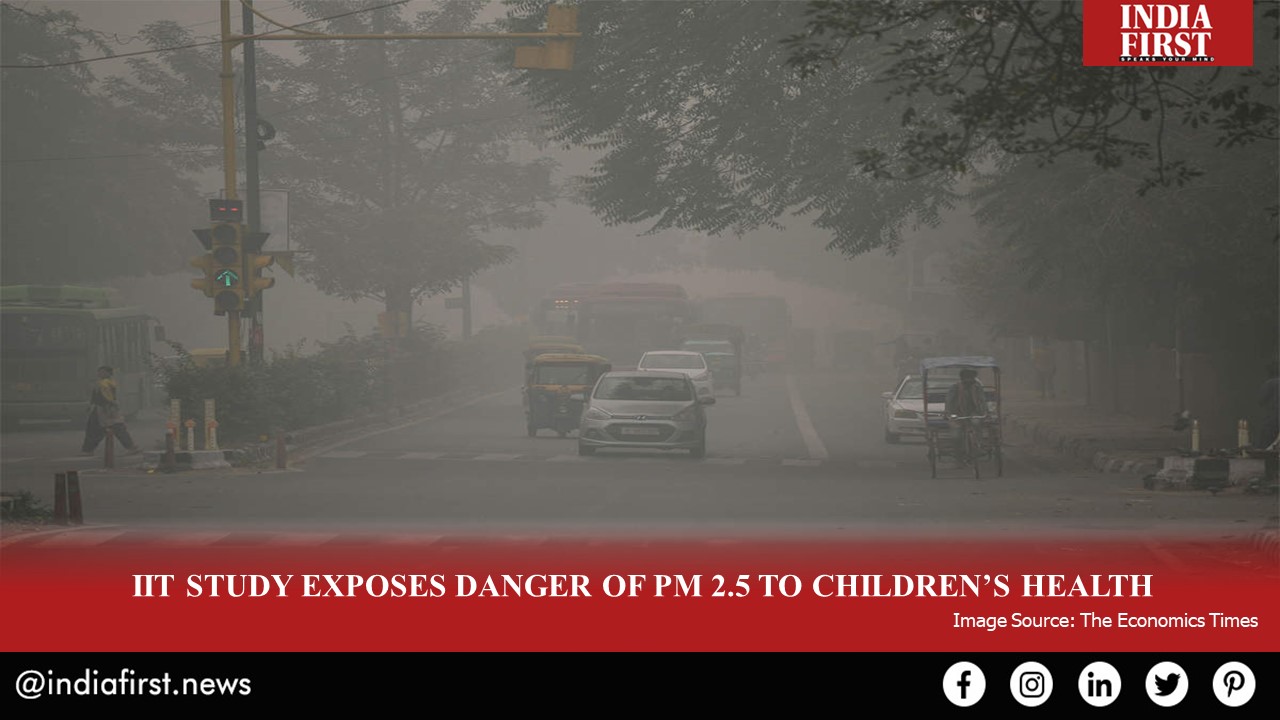 With 1.3 billion people, India is the second most populous country of the world, second only to neighbouring China. Given that more than half of its people is aged 25 or less, its population is going to continue increasing at a fast rate.

One of the biggest issues plaguing the country due to its population boom in the last decade is pollution. Whether it is water pollution or land pollution, India has to face the consequences of human activity every day. Among the different forms of pollution the country suffers, air pollution is the most visible, which started from the age of industrialisation and continues in the age of information and technology.

Many institutions have researched the long-term effects of air pollution on human health and a recent study by IIT-Delhi has concluded that exposure to pollutants and suspended particles of PM 2.5 level (particulate matter of diameter 2.5 micrometres) can lead to anaemia in young children, especially those under the age of 5.

Titled ‘The Association Between Ambient PM 2.5 Exposure and Anaemia Outcomes Among Children Under Five Years of Age in India’, the study has been published in the Environmental Epidemiology journal and has recorded observations that for every 10 micrograms per meter cube increase in exposure to PM 2.5 particles for children under 5, the haemoglobin level falls 0.07 grams per dL on an average.

The recently published study is the first of its kind that has tried to establish a correlation between the levels of PM 2.5 and the drop in haemoglobin level and the consequent rise in anaemic cases in Indian children below the age of 5. However, many previous studies have also talked at length of the detrimental effects of air pollutants on the human body.

According to its authors, this study is important in forming a new perspective for anaemia in young children. While earlier it was believed that anaemia is caused majorly by malnutrition and deficiency of iron, the new study states that the presence of high levels of particulate matter in the air can also cause anaemia in children.

The study clearly suggests that anaemic among children cannot be treated only by fortifying their diet if they live in polluted areas. Therefore, apart from launching nutritional programmes for such kids, the government also must take proactive steps towards decreasing industrial pollution and vehicular pollution across the country for the sake of a healthier younger population.