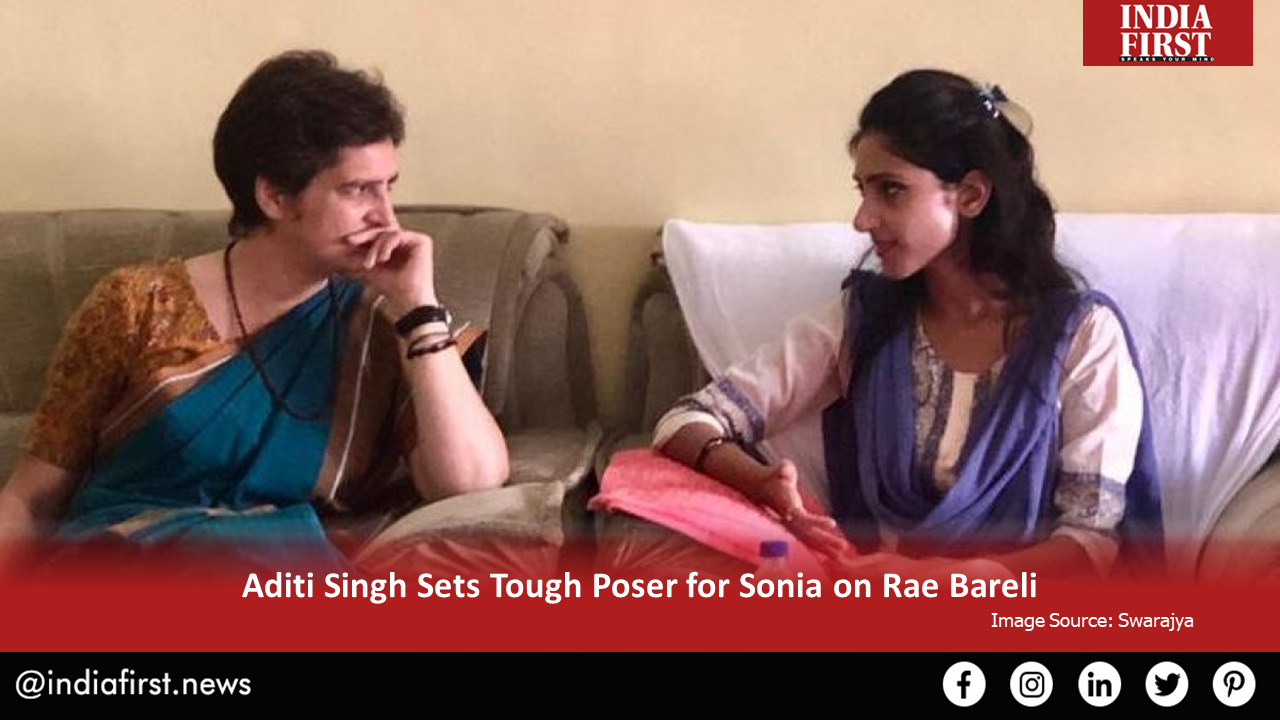 As voices of dissidence in the beleaguered Indian National Congress continue to rise, rebel Congress MLA from Rae Bareli, Aditi Singh, has added to the embarrassment of the party by questioning the prolonged absence of interim Congress President Sonia Gandhi from her parliamentary constituency.

Sonia Gandhi has consistently won the Rae Bareli seat after shifting from Amethi in 2004.

Rae Bareli, the lone seat held by the Congress in Uttar Pradesh, has emerged as a major trouble spot for the party. While the two Congress legislators in Rae Bareli – Aditi Singh and Rakesh Singh – have already revolted against party, other leaders are also coming out openly against the ‘new culture’ in the Congress in which veterans are being ‘completely sidelined’ and ‘turncoats’ are being given importance.

Youth Congress leader Anuj Kumar Singh recently said: “We have been working for the party for years to ensure its victory, but now we are being neglected and ignored. All those who belong to the Indira Gandhi and Rajiv Gandhi era are being ill-treated. The party is being taken over by the brokers who have no knowledge of the Congress ideology.”

Former party secretary Shiv Kumar Pandey said that responsible positions in the party are being given to those who are not even primary members of the Congress.

“If anyone tries to inform the party high command about the prevailing situation, he or she is promptly expelled. In recent months, nearly 35 Congressmen have been expelled from the party,” he said, adding that “we will now fight for the respect of the veterans”.