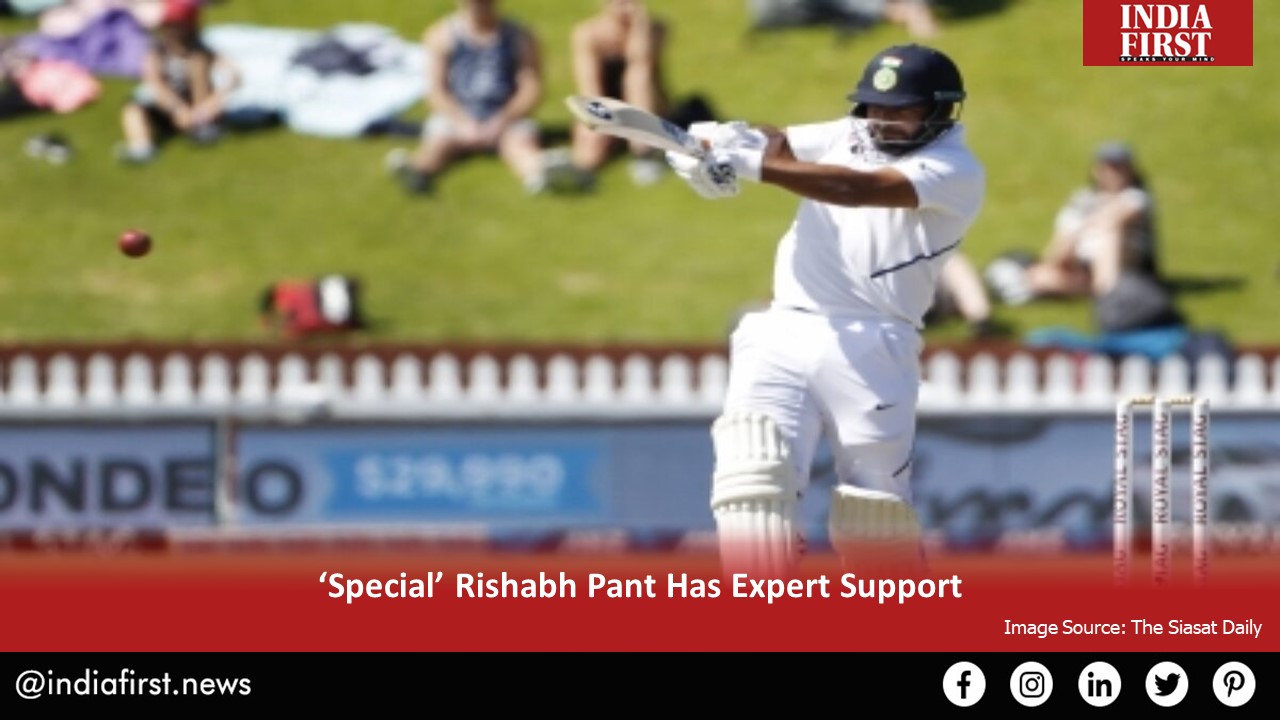 But many reckon that the match-winning batsman’s wicket-keeping skills need work.

Had Rishabh Pant scored only 38 runs more, spread over five specific innings in his fledgling Test career, the swashbuckling batsman-wicketkeeper would have seven centuries to show instead of just two in the 18 Tests. He has missed five tons so far, largely because of his penchant for big shots to take the fight to the opponent’s camp and win matches.

Pant is just 23, and is fearless – he became bold after his father used to tie a pillow to his chest and bowl with a cork ball on the terrace of their home in Roorkie, Uttarakhand. But most importantly, perhaps, he has the support and backing of India captain Virat Kohli, coach Ravi Shastri, and the present national – as well as the previous – selection committee.

At times, however, Pant seems to lose focus and attempts ambitious shots that lead to his downfall. This happened in the first innings of the ongoing first Test against England on Sunday. At 91, he danced down the pitch to attempt a bit shot against off-spinner Dominic Bess and was caught out at deep cover. With India trying to match England’s 578, it was a prudent shot selection.

It was the fifth instance of Pant, preferred to Wriddhiman Saha for the first Test, missing a century when he was at handshaking distance with a three-figure mark. This has made tongues wagging, with some people questioning if Pant is an enigma, even as they acknowledge him as a match-winner of rare quality, in the Virender Sehwag mould.

“He is surely not an enigma. He’s a game changer and a match winner. He is a special player, and has a ruthless mindset to win matches, something like that of Sehwag. So, he has to be persisted with and given a long rope,” said Kiran More, former chairman of the national selection committee.

“But he will have to temper his aggressive play at times. I am sure he will learn with experience. After all, he has helped India win two away series. And those wins have come against a top team, Australia, and on their home turf,” said the former India wicketkeeper, referring to India’s remarkable successive Test series wins in 2018-19 and 2020-21.

“We [selection committee] always backed him because we felt he was a match winner with the bat. That’s why we made him deputy to Mahendra Singh Dhoni in his early days and then Saha, so that he would grow into a good wicketkeeper-batsman under the guidance of the two seniors in shorter and longer formats,” Prasad said.

“With regard to batting, there’s absolutely no doubt that he’s a match winner, and he has done that, too, in Australia and England. He’s not a guy who plays for records; he loves to dominate. So, he should be left alone, and should be backed. Slowly, when the maturity dawns on him he will understand the value of his wicket. That’s how Adam Gilchrist of Australia and some others played in the early part of their careers,” said the former Andhra captain.

“The team management and the selectors have invested so much in him that we need to back him and to a certain extent he has justified that. He should value his wicket and play according to the situation. Once he’s close to 80s and 90s he should convert those into big hundreds. He should continue playing his natural game, but he needs to be sensible and understand the situation of the game. You cannot play according to your wishes all the time; sometimes you need to bat according to the team’s wishes also,” he said.

It is Pant’s wicket-keeping that concern a few people.

“Wicket-keeping is an area that he needs to work on. He needs a wicket-keeping coach; in fact, the Indian team needs one as there are two other talent wicketkeepers around – Sanju Sampson and Ishan Kishan. Pant needs help and he is not getting it at the moment,” says More.

Prasad concurs. “Right now Pant is in good space of mind. My only concern is that if he starts keeping wickets well, one skill will compliment that other [batting]. Right now, since he has batted well in this Chennai Test, it has rubbed on to his wicket-keeping also, though he had a couple of opportunities missed. If he gets one more big knock on Tuesday and finish off this Test on a high, then slowly he’ll be passing both tests in wicket-keeping and batting in this four-match series,” said Prasad, referring to the 420-run target India is chasing in the fourth innings in Chennai.

Mongia, too, feels Pant needs to improve wicketkeeping. “But he’s learning and improving, and needs to learn very fast because wicketkeeping is a specialised job. Even if you score a century, but drop a few catches, bowlers’ confidence will go down. He’s young and I’m sure he knows that he has to work on his game and fitness,” he said.

India still need 381 runs to beat England, and have nine wickets in hand, going into the fifth and final day at the MA Chidambaram Stadium in Chennai.