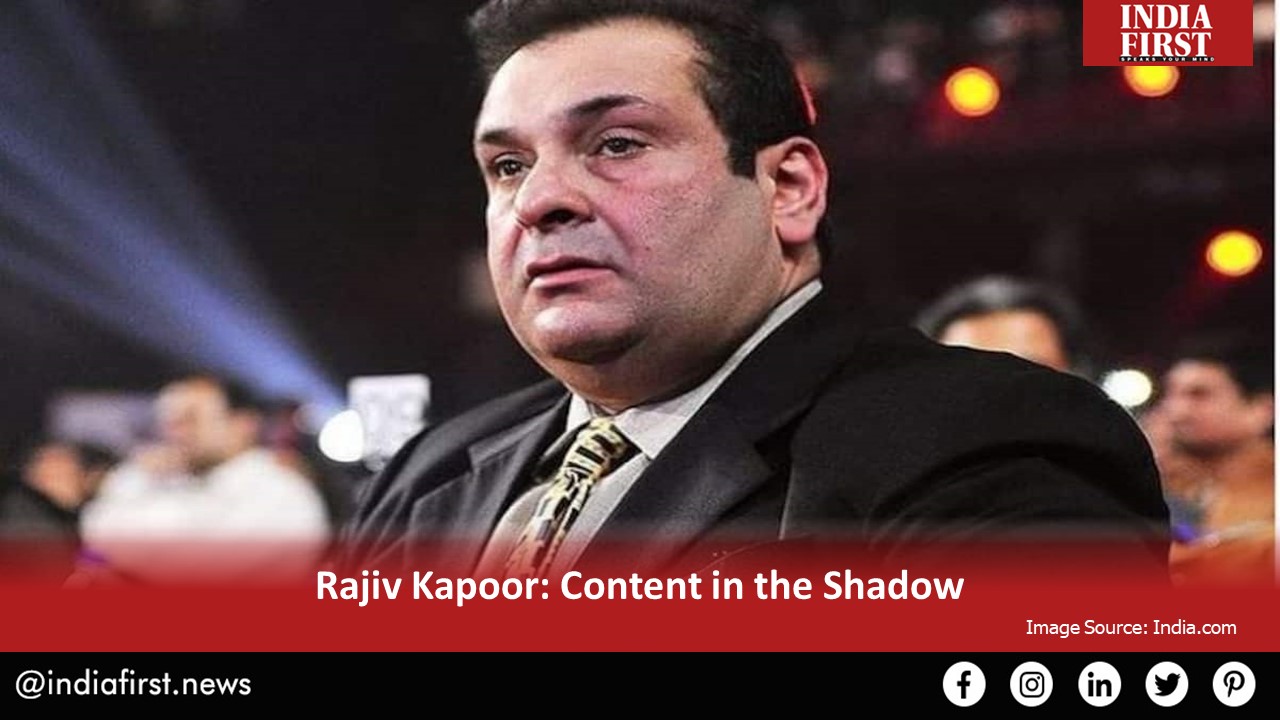 Despite getting to a flying start with a blockbuster, ‘Ram Teri Ganga Maili’, the youngest son of Raj Kapoor never really seemed to crave the dizzying heights of filmdom fame that some of his family members earned.

Rajiv Kapoor passed away yesterday after a massive heart attack. For the first time in 31 years (his last released films were Zimmedaaar and Aag Ka Dariya in 1990), he was gearing up for a new film. He was set to return in Toolsidas Junior, starring Sanjay Dutt.

The Ashutosh Gowariker-produced film has been slated for release this year. Gowariker informs he has wrapped shoot for the production. “Rajiv was so affable and played his part with much fun and ease. Will miss him deeply,” he tweeted as condolence. The filmmaker added that he had been “a fan from his Ram Teri Ganga Maili days”.

Think Rajiv Kapoor and you are thinking Ram Teri Ganga Maili. The legendary Raj Kapoor cast his youngest son opposite Mandakini in the 1985 film, which went on to be a blockbuster.

Many feel Rajiv could not really emerge from the shadow of his illustrious lineage – from grandfather Prithviraj Kapoor and father Raj Kapoor to elder brothers Randhir and Rishi Kapoor. There were his iconic uncles Shashi and Shammi Kapoor, too, besides maternal uncles Rajendra Nath and Prem Nath.

Ram Teri Ganga Maili would emerge as one of the biggest hits of the eighties, as well as Raj Kapoor’s career as a filmmaker.

It will also, over the decades, draw automatic recall primarily due to the shot of Mandakini under a waterfall in a white sari. Rajiv, it would seem, stands burdened under the sizzling glamour of his co-star despite putting up a fine act in the film.

Perhaps it was the unassuming trait that Rajiv exuded on the screen and off it that let others steal his thunder. In the eighties, when ‘loud’ was the operative word on the Bollywood screen, Rajiv would seem too much of a misfit, a gentleman on screen. He was mostly the loverboy, gentle and kind. Even in action multi-starrers as Zalzala (1988), a Bollywoodised Wild West potboiler, he was the affable soul despite character cliches.

People have noted the ‘Shammi Syndrome’ about Rajiv in his heydays, particularly in the way he danced, smiled, turned towards the camera. Being a younger version of Shammi Kapoor was a legacy that set him apart, in an era when Mithun Chakraborty reigned the dancefloor with his breakdance, Jeetendra was still going strong with his white shoes and Jumping Jack groove, and Govinda was slowly rising in popularity with his maverick moves.

However, the Shammi Syndrome, which catapulted Shammi Kapoor himself to the zenith of popularity till the sixties, might have become too retro for the eighties crowd that was by and large blinded by larger-than-life, over-the-top masala.

Many would draw quick parallels between Rajiv Kapoor and Kumar Gaurav, sons of Illustrious fathers who flaunted dashing looks and started out on a high note only to reach stagnation point soon enough. Rajiv Kapoor would share a significant likeness with Kumar Gaurav beyond the obvious traits. Both these industry kids, at some level, somehow seemed subconsciously not too attached with the very idea of fame. They came across as some sort of forsakers of the world of glamour. May be, growing up amidst a plenitude of glamour does that to you.