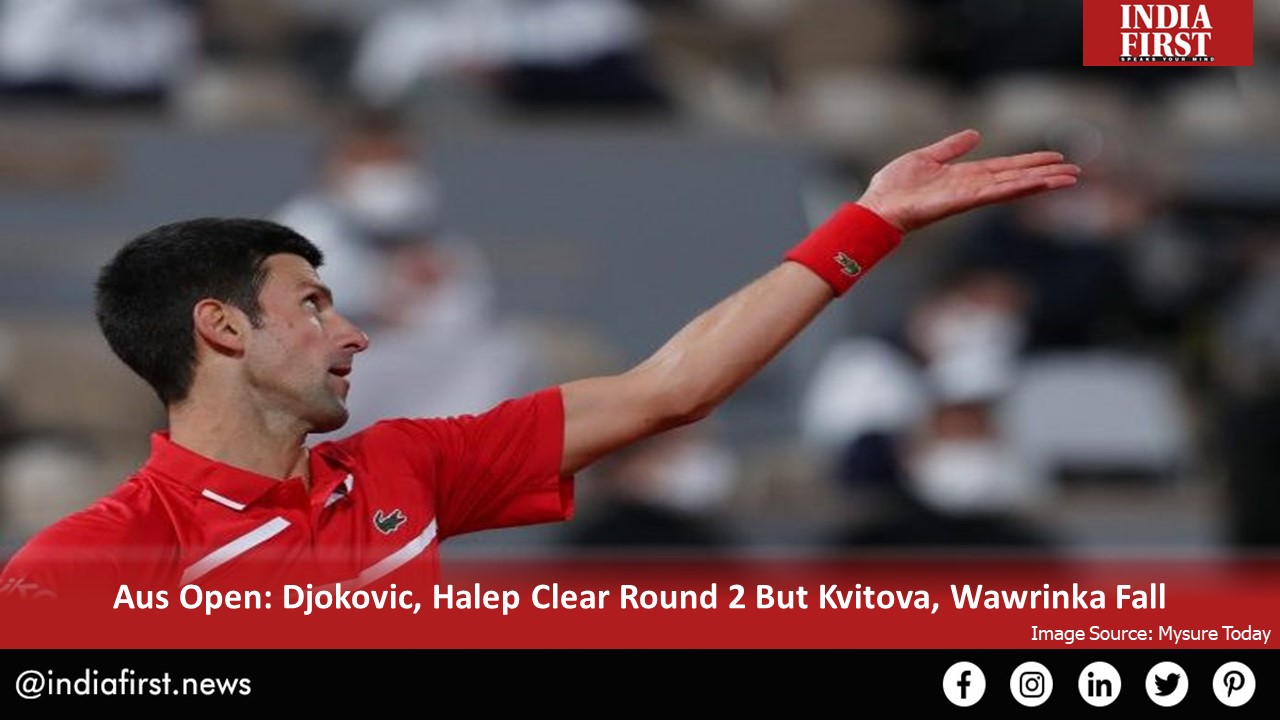 Top seed Novak Djokovic and third seed Dominic Thiem were among those that advanced to the third round of the men’s singles event at the 2021 Australian Open as the Indian challenge came to an end at Melbourne Park yesterday. In women’s singles, second seed Simona Halep overcame a scare against Australian world No.72 Ajla Tomljanovic.

Serbian Djokovic beat American Francis Tiafoe in four sets to advance to the third round where he faces Tiafoe’s compatriot Taylor Fritz. Djokovic won the match 6-3, 6-7 (3), 7-6 (2), 6-3.

Meanwhile, Austrian Thiem eased past Germany’s Dominik Koepfer 6-4, 6-0, 6-2 to set up a big-ticket showdown against Australian star Nick Kyrgios in the third round.

In the second round of women’s singles matches, Romanian second seed Halep had to dig deep to secure a 4-6, 6-4, 7-5 win over Australia’s Tomljanovic. She faces Russia’s Veronika Kudermetova in the third round. Ninth seed Petra Kvitova fell to a 4-6, 6-1, 1-6 defeat to Romania’s Sorana Cirstea.

Twenty three-time Grand Slam champion Serena Williams eased into the third round for the 19th time in 20 appearances at the Australian Open with a 6-3, 6-0 win over Serbian Nina Stojanovic. She will now face Anastasia Potapova in the third round.

The 2019 US Open champion and eighth seed Bianca Andreescu, however, lost 3-6, 2-6 to Chinese Taipei’s Hsieh Su-Wei.

Among Indians, Rohan Bopanna and his Japanese partner Ben McLachlan crashed out of the men’s doubles event after a straight-set defeat to South Korean pair Ji Sung Nam and Min-Kyu Song in their first-round contest yesterday. The South Korean pair – wild card entrants to the event – beat Bopanna and McLachlan 6-4, 7(7)-6(0) in a match that lasted one hour and 17 minutes.

Earlier, Sumit Nagal was knocked out in the men’s singles first round with a 2-6, 5-7, 3-6 defeat to Lithuania’s Ricardas Berankis.

Divij Sharan alongside Igor Zelenay of Slovakia will face the German pair Kevin Krawietz and Yannick Hanfmann in their first round contest of the men’s doubles event today.