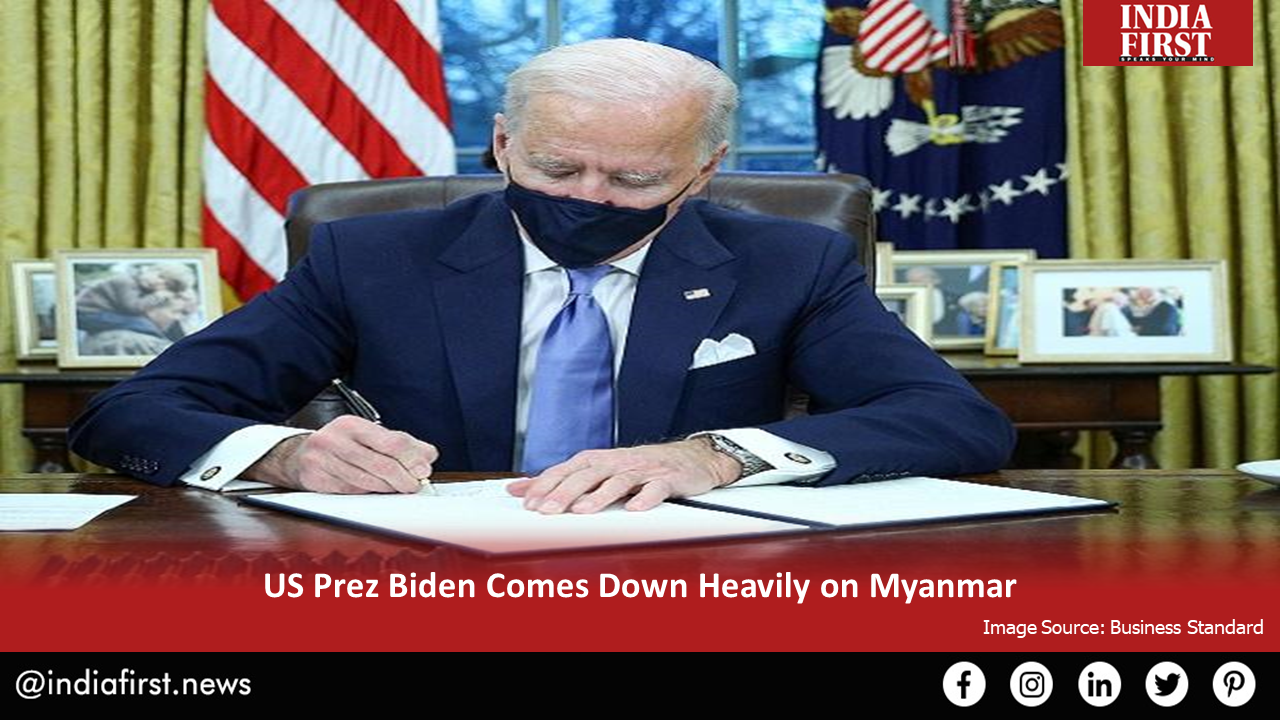 Deeming the military takeover in Myanmar as an “extraordinary threat to the national security and foreign policy of the United States”, US President Joe Biden has declared a national emergency to deal with it.

In an executive order to freeze Myanmar’s funds in the US, he made the dire assessment of that country’s military arresting State Counsellor Aung San Suu Kyi and other leaders of the National League for Democracy this month after the party had won a resounding victory in parliamentary elections last year defeating the military-backed party.

The order implements the sanctions he announced against the military regime of Min Aung Hlaing on February 10.

Biden, who referred to the country by its old name of Burma, had said that the US would impose strong exports controls on it and freeze its government assets in the US.

His spokesperson Jan Psaki said the assets were US$1 billion.

The White House said the Treasury Department designated 10 persons, including Hlaing and three companies, two of which trade in gems, with ties to the military.

The wide-ranging order issued yesterday blocks the military, its officials and their families, and other government officials or others involved in repressing Myanmar’s citizens from accessing funds in the US and from travelling to the US.

The reason behind describing the military takeover as an “extraordinary threat to the national security and foreign policy of the United States” is that it is an affront to Biden’s agenda of promoting and defending democracy so soon after he assumed office, rather than an existential threat from a relatively minor state.

The declaration of national emergency will enable him to bypass Congress in imposing sanctions.

Many political observers say that the harsh statements from the Biden administration on Myanmar’s retreat from democracy expose the US double standards on democracy. They point out that Biden is unable to hold, for example, China or Saudi Arabia to the standards he demands of Myanmar, as was Trump after claiming to defend democracy in Venezuela through sanctions.

Before announcing the actions against the Myanmar military, Biden and his officials spoke about that country with leaders in the region.

Myanmar crisis came up in phone conversations this week that Biden had with Prime Minister Narendra Modi and Secretary of State Antony Blinken with External Affairs Minister S. Jaishankar.