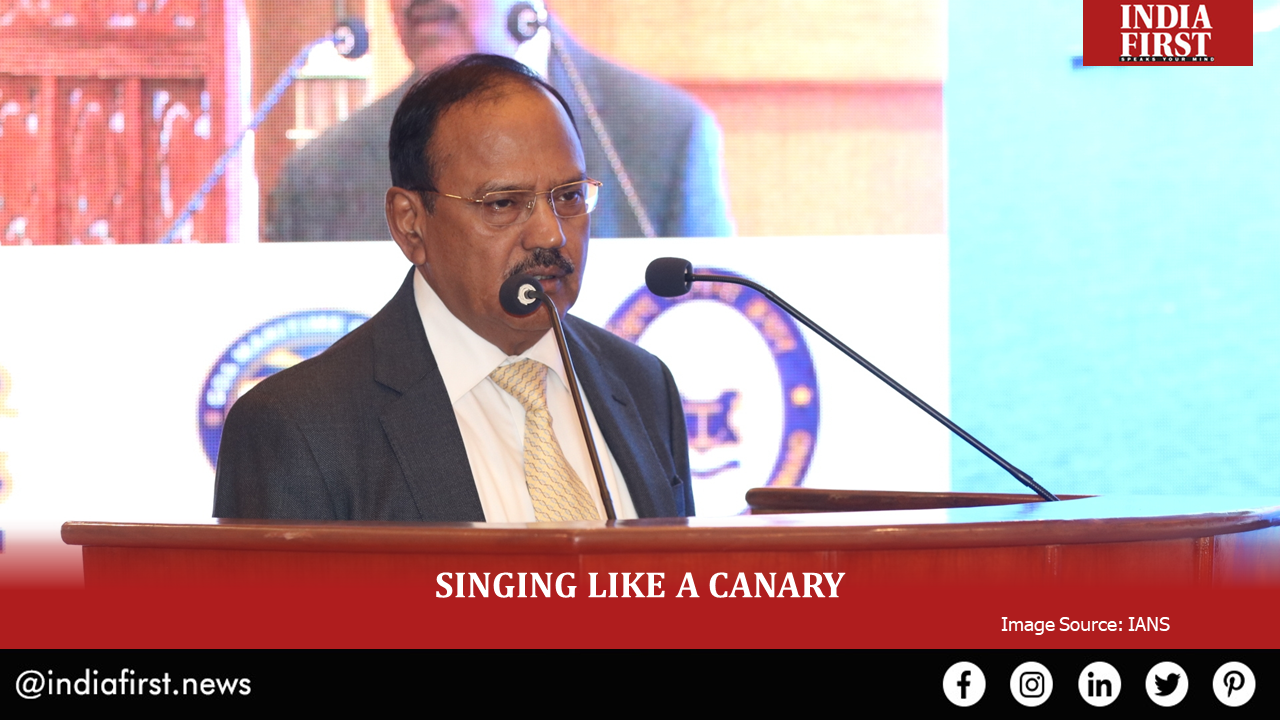 The recently arrested chief of terrorist outfit Jaish-e-Mustafa has made some shocking revelations, including one about National Security Advisor Ajit Doval.

Hidayatullah Malik, the chief of Jaish-e-Mustafa (JeM), a front outfit of Jaish-e-Muhammad (JeM) terror group, who was arrested on February 6 in Jammu & Kashmir’s Jammu city, has made shocking disclosures to his interrogators sending the security paraphernalia into a tailspin, both in Jammu and in Delhi.

Malik was arrested from Sanjwani area of Jammu on February 6 although he had been putting up in Bhatindi area of the city for quite some time.

Malik, according to a top source, has disclosed that he had carried out a successful video recce of the office of Ajit Doval, the national security advisor, at Sardar Patel Bhawan in Delhi.

“He disclosed that he had carried out the video recce on the instructions of his handler in Pakistan who had directed him to do so because the terrorists were planning to target some of the highest value Indian targets,” top source said.

Doval is one of the most highly protected persons in the country. He has been on the terrorist hit list because of his role in the Uri surgical strike in 2016 and the Balakot attack in 2019.

Doval had also added to the worries of his enemies across the LoC by his masterfully handling the security situation in Kashmir in 2019 when articles 370 and 35A were abrogated and the state of J&K divided into two union territories.

Separatists and terrorists had warned of a bloodbath if India ever tried to change the status of J&K.

Concerns of a mass agitation were also voiced by some intelligence agencies before Delhi chose to go ahead with its decision to abrogate the special status of J&K.

“The NSA not only remained stationed here all along to personally supervise every little security detail, but he also overlooked his personal security by going out to meet the people on the street during those crucial days,” said the top source.
To the utter bewilderment of his enemies, Doval, with the complete synergy of all the security agencies, was able to ensure that not a shot was fired in the aftermath of 370 abrogation.

This, according to the disclosure made by Malik, was more than the terrorists and their handlers could take.

“Malik had taken an Indigo airlines flight from Srinagar to Delhi on May 24, 2019 and after carrying out the video recce of the NSA’s office, he returned to Srinagar travelling in public transport buses.

“He also disclosed carrying out recces of the international border in Samba district of Jammu division in 2019.

“The car used in the suicide attack in May 2020 in Pulwama was also provided by him. Fortunately, the car was detected and defused.

“He looted Rs 60 lakhs from a J&K Bank case van in Shopian district in 2020. He has disclosed code names and phone numbers of at least 10 terror handlers active in Pakistan,” top source said.

Malik had joined the Hizbul Mujahideen outfit in July, 2019, worked as an overground worker (OGW) for the Jaish and later graduated to form and head the JeM, a front outfit of the original Jaish formed by Masood Azhar, the terror mastermind who was exchanged at Kandahar (Afghanistan) for the release of hostages of Indian airlines flight IC 814 in December 1999.

Kandahar was controlled by Taliban in December 1999 and the demand for Azhar Masood’s release was made at the directions of Pakistan’s ISI.
It must be mentioned that Doval had criticised the Indian government’s decision to swap the terrorists with the passengers of flight IC 814, calling it a diplomatic failure of the country.

The hijackers of flight IC 814 were led by Azhar Masood’s brother, Ibrahim Athar while the hijack had been planned by Abdul Rauf Asghar, another brother of Azhar Masood.