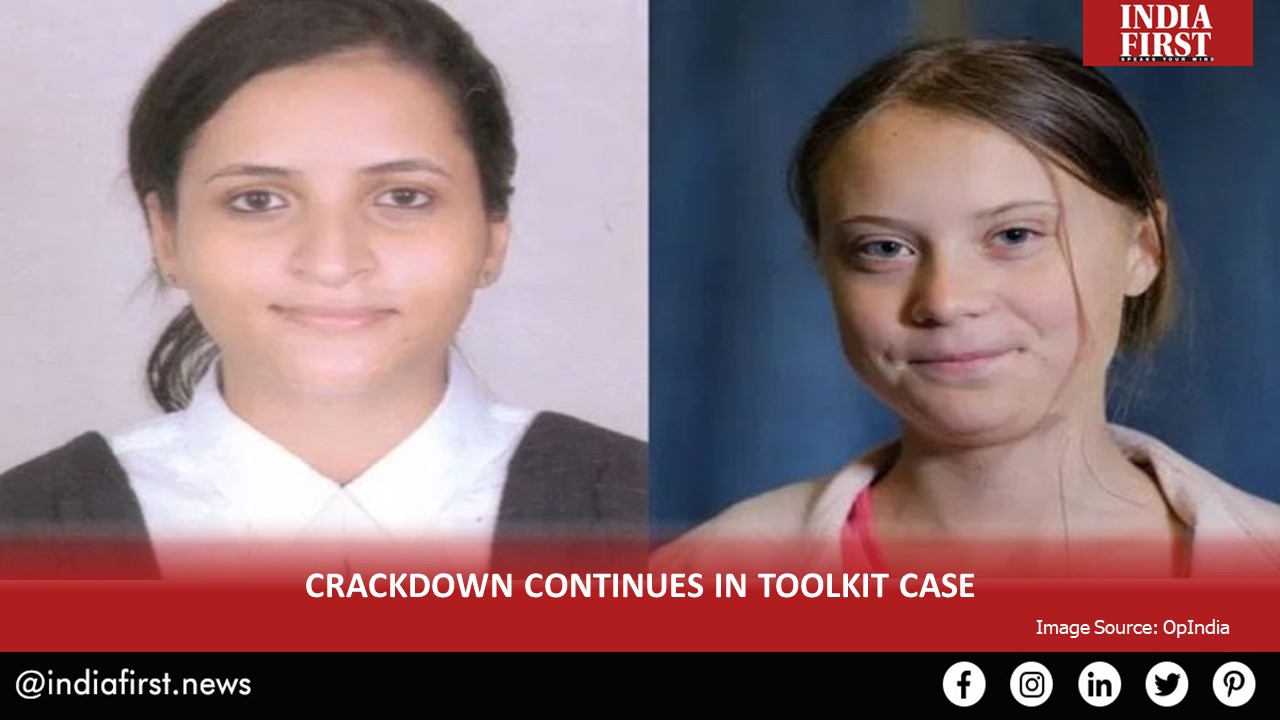 Non-bailable warrant used against a Mumbai-based lawyer and another activist.

The role of two more activists is under the scanner in the ‘Toolkit’ document case shared by global climate activist Greta Thunberg in support of the farmer protests. Non-bailable warrants are out against activists Nikita Jacob, a lawyer by profession, and Shantanu as a police team is looking for them.

The development comes at a time when outrage is spiralling over the arrest of Disha Ravi, a Bengaluru college graduate and climate activist, on conspiracy and sedition charges in relation to the ‘Toolkit’ document case. Disha Ravi was produced in a Delhi court yesterday and was sent to five days in police custody.

Nikita’s social media profile states that she is a practicing advocate enrolled with the Maharashtra & Goa State Bar Council and registered with the Bombay High Court (OS).

According to Delhi Police Special Cell sources, a team went to search Nikita Jacob’s house on February 11. Since the team arrived at Nikita’s home around evening, officials could not question her.

Nikita’s role in the campaign came to the fore after Swedish environmental activist Greta Thunberg tweeted a ‘toolkit’ related to the farmers’ protests against the Centre’s three farm laws.

The Delhi Police had registered an FIR on February 4 on charges of sedition, criminal conspiracy and promoting hatred among groups under Sections 124-A, 120-A and 153-A of the Indian Penal Code against the “creators” of the ‘toolkit’ which was later shared by Thunberg.

The police later described Disha Ravi as a key conspirator in the document’s formulation and dissemination and said that she had started a WhatsApp group and collaborated to draft the document.

“In this process, they all collaborated with pro-Khalistani Poetic Justice Foundation to spread disaffection against the Indian state. She was the one who shared the ‘Toolkit’ doc with Greta Thunberg,” said a senior police officer.

Meanwhile, several activists and politicians have expressed concern over the arrest of Disha Ravi.

Delhi Chief Minister Arvind Kejriwal has expressed his opposition to the arrest of 21-year-old eco-activist Disha Ravi saying the move by the Delhi Police was an “unprecedented attack on democracy”.

“Arrest of 21-yr-old Disha Ravi is an unprecedented attack on democracy. Supporting our farmers is not a crime,” he said in a tweet.