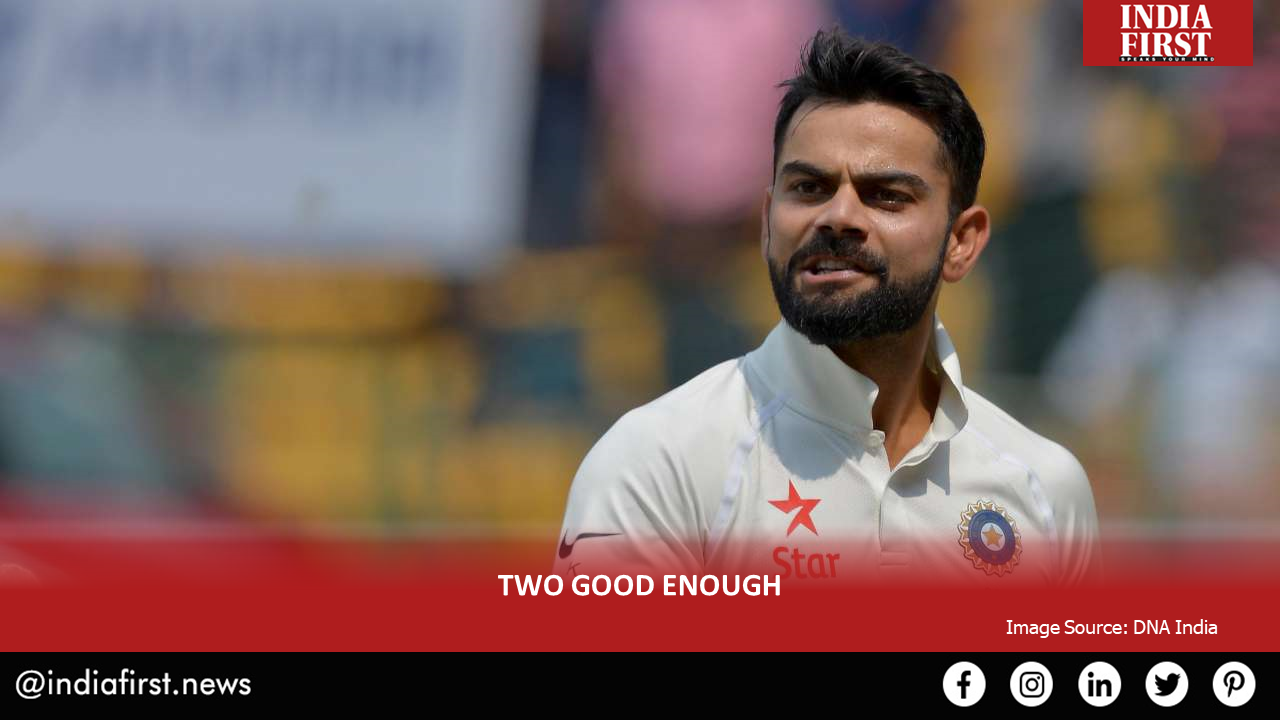 Captain Kohli and Ashwin have helped India shrug off a shaky start this morning for a comfortable lead over England.

India lost five wickets but added 102 runs in the morning session today morning to stretch their lead to 351 on Day Three of the ongoing second Test against England in South at the MA Chidambaram Stadium.

At lunch break, India – who had lost the wicket of Shubman Gill (14) on Day Two – reached 156/6 with skipper Virat Kohli and Ravichandran Ashwin batting on 38 and 34 respectively.

The hosts lost a flurry of wickets in the session, but considering they have added more than 100 runs to their total, they stand well ahead in the match.

Cheteshwar Pujara (7) was the first wicket to fall in the day as he got run-out in the most bizarre fashion.

Rohit Sharma (26) was the next to go as he could add just one run to his overnight score before he was stumped by England wicketkeeper Ben Foakes against Jack Leach.

Rishabh Pant, who was sent ahead of Ajinkya Rahane, tried to play in his usual flamboyant style. But Pant’s stay was cut short after he tried to hit a maximum against Leach and instead was stumped out by Foakes, who is celebrating his 28th birthday today. The left-handed batsman scored 8 runs off the 11 balls he faced.

Rahane (10), who came to bat at No. 6, hit a couple of boundaries and looked in good touch until he was caught brilliantly by Ollie Pope who took a diving catch at short leg to bring an end to the Indian batsman’s inning.

Debutant Axar Patel then shared a 21-run stand with skipper Kohli before he was out lbw against Moeen Ali. Patel scored seven runs in 18 balls he faced during the course of his innings.

However, Ashwin – who starred with the ball in the first innings picking up his 29th five-wicket Test-haul – then shared an unbeaten 50-run stand with Kohli and made sure the hosts didn’t lose any further wickets going into the lunch break. The duo scored runs at a brisk pace and didn’t allow the visitors to put in any pressure on a wearing ‘Chepauk’ pitch.

India had posted 329 runs in their first innings. The hosts then bowled out England for 134, securing a 195-run lead.