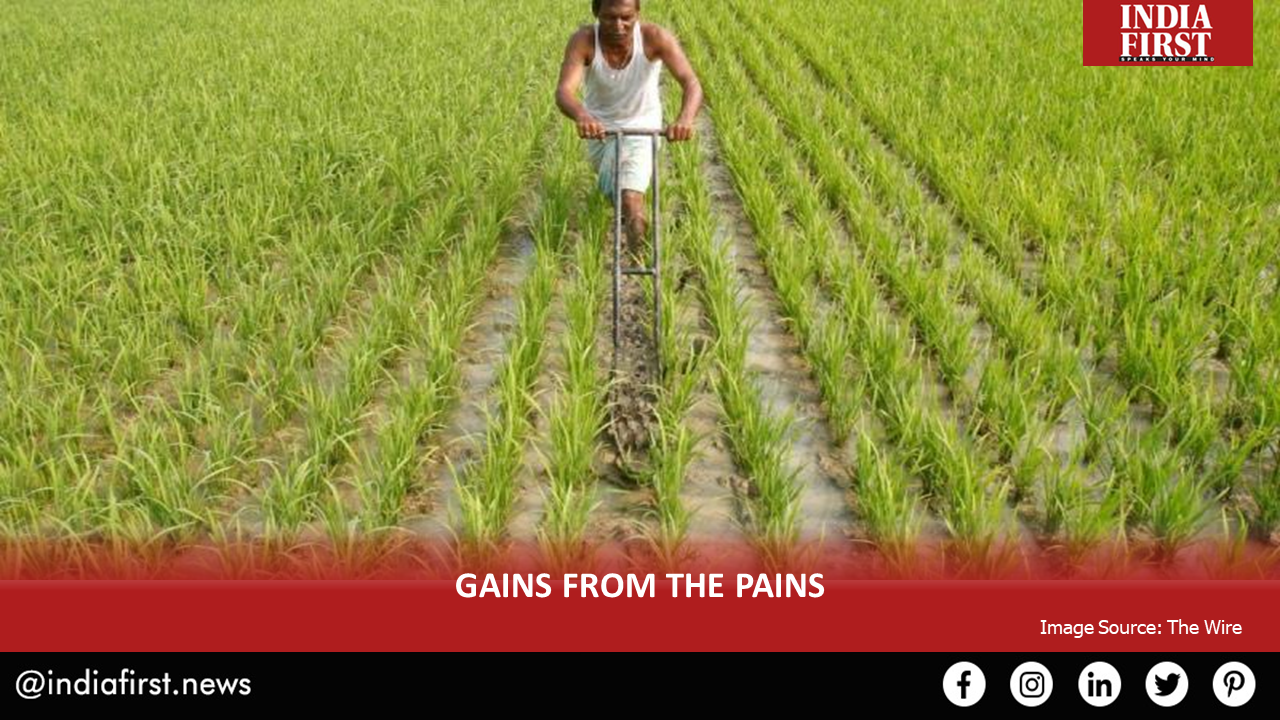 As farmers continue to wage a protest over the three agriculture bills, daily wagers are making a livelihood off it.

“I earn 500 rupees every day by cooking, washing dishes and other work in the farmers’ agitation. Along with boys from my village, I am working on a daily-wage basis,” said Shekhar Sharma, a resident of Shamli district of Uttar Pradesh.

Sharma was employed at the airport but returned home during the coronavirus pandemic after he was sacked. Left to his own devices, he has found employment thanks to the farmers’ protest.

“I worked at the airport for the past three years, but in the corona period, I lost my job. There is no other earning member in the house and I have to take care of my mother and brother,” he explained

Sharma is not an aberration. Many other people like him are earning a living thanks to the farmers’ agitation, which is going on at Delhi’s borders for more than 80 days. Although there is no shortage of volunteers at the site of the agitation, with thousands chipping in at community kitchen for langars, for some people, the farmers protest is a means to feed hungry mouths who depend on them.

On each agitation site, meals are being cooked for hundreds of farmers. Thousands of people are cooking food, but the help of the workers and labourers is also being taken on a payment basis.

The scene is similar at the Ghazipur border, where farmers themselves are preparing langars, but some tasks are being outsourced to others who are paid daily wages.

“I’ve been present in the farmers agitation for the last one month, earning Rs 300 every day by cutting vegetables and washing dishes,” says Ashok a resident of Bulandshahr in Uttar Pradesh. “Our contractor pays the eight-member team of cooks on a daily basis,” adds Ashok.

Bulandshahr’s Chandrapal also earns Rs 500 every day by cooking and washing utensils for farmers from morning till dusk. “I’ve been here for the past 15 days and came here searching for employment,” says Chandrapal.

Since December 21, Anjul Kumar, is also working on a daily wage basis, earning Rs 500 every day. Though he also works back at the village, he has joined his other friends to work here.

Farmers have been protesting on the borders of the national capital since November 26 last year against three newly enacted farm laws. The 11 rounds of talks between the Government and the farmers ‘ organisations have remained inconclusive so far.