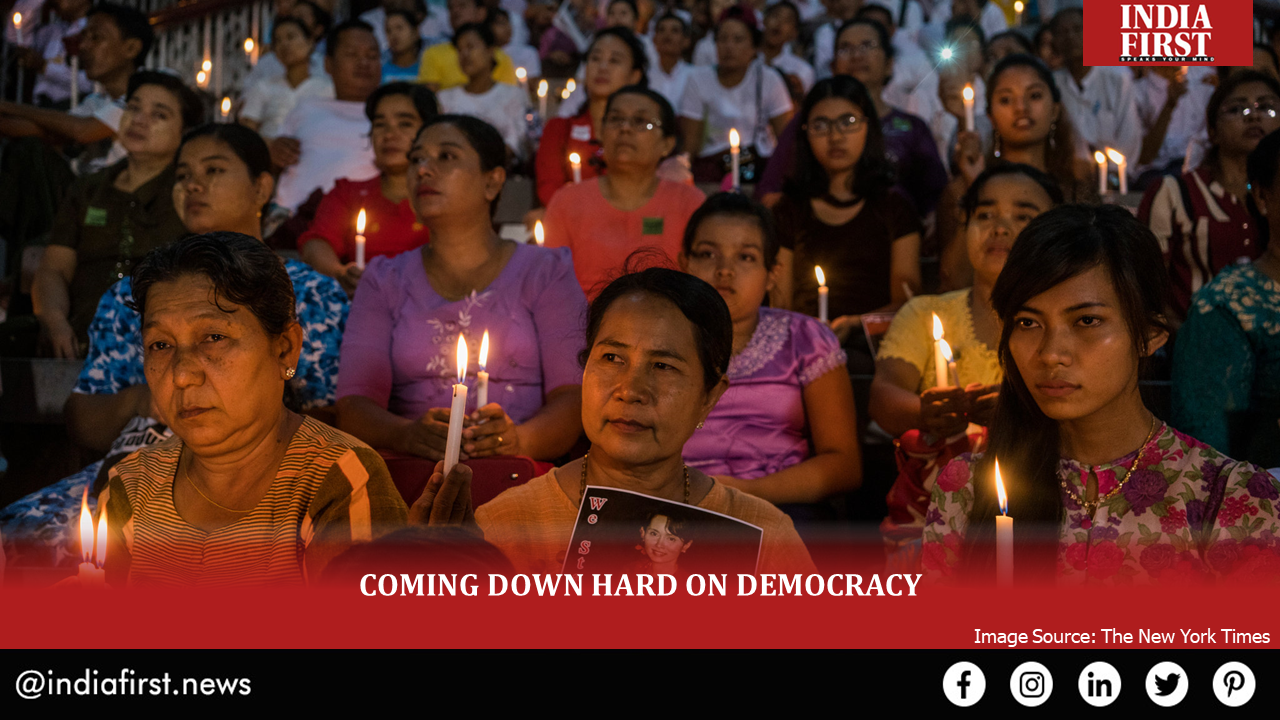 With Beijing’s support, Myanmar’s military junta has intensified its clampdown on protests against the coup.

Myanmar’s military regime, which recently overthrew the democratically elected government in a coup, has intensified its crackdown on pro-democracy protesters in the country.

Earlier today, several users on social media who claimed to be the citizens of Myanmar posted shocking pictures and videos of military repression against the protesters at Yadanarpon Dock in Mandalay.

“Police are still shooting into the crowd in Mandalay. Situation is really tense and reporters are too stuck within the gunfire.”

Earlier this month, the Myanmar military imposed a one-year state of emergency after detaining democratically elected leader Aung San Suu Kyi and others.

The military junta, which ruled the country through the 90s and 2000s, has had the backing of the Chinese Communist Party (CCP). After a long struggle against the military regime for nearly two decades, Suu Kyi had led Myanmar’s transition to a partial democracy in the last five years.

For CCP, Myanmar is of strategic importance due to its access to the Indian Ocean, the main route for China’s oil imports from the Middle East. Beijing is keen on the development of overland routes for oil and gas pipelines via the Kyaukphyu special economic zone (SEZ) and deep-sea port, which will allow it to bypass the South China Sea where the US and Japan are challenging its sovereignty.

A Reuters photographer Soe Zeya Tun today posted a video of a wounded woman seen after the police crackdown on the protesters.

Protesters posted pictures of injured victims and sharp irons, reportedly thrown at them by police.

Civilians tweeted saying that the police had arrested some of the protesters too.

The information regarding the military and police brutality trickled out from Myanmar on social media as the regime is preparing to bring in a tough cyber bill to censor free speech online.

According to sources, the CCP is helping the Myanmar military regime with the technology to control information and quell protests. The CCP has expertise in using technology to locate, identify and penalize dissidents.

As per the new censorship rules, internet service providers in Myanmar are required to share critical information to authorities in cases that threaten the country’s “sovereignty and territorial integrity.”

A violator can go to jail for up to three years and will have to pay a fine up to US$7,500 or both.

Incidentally, following the military coup in Myanmar, Chinese and Indian troops disengaged along the Line of Actual Control in eastern Ladakh after a 10-month long face-off.