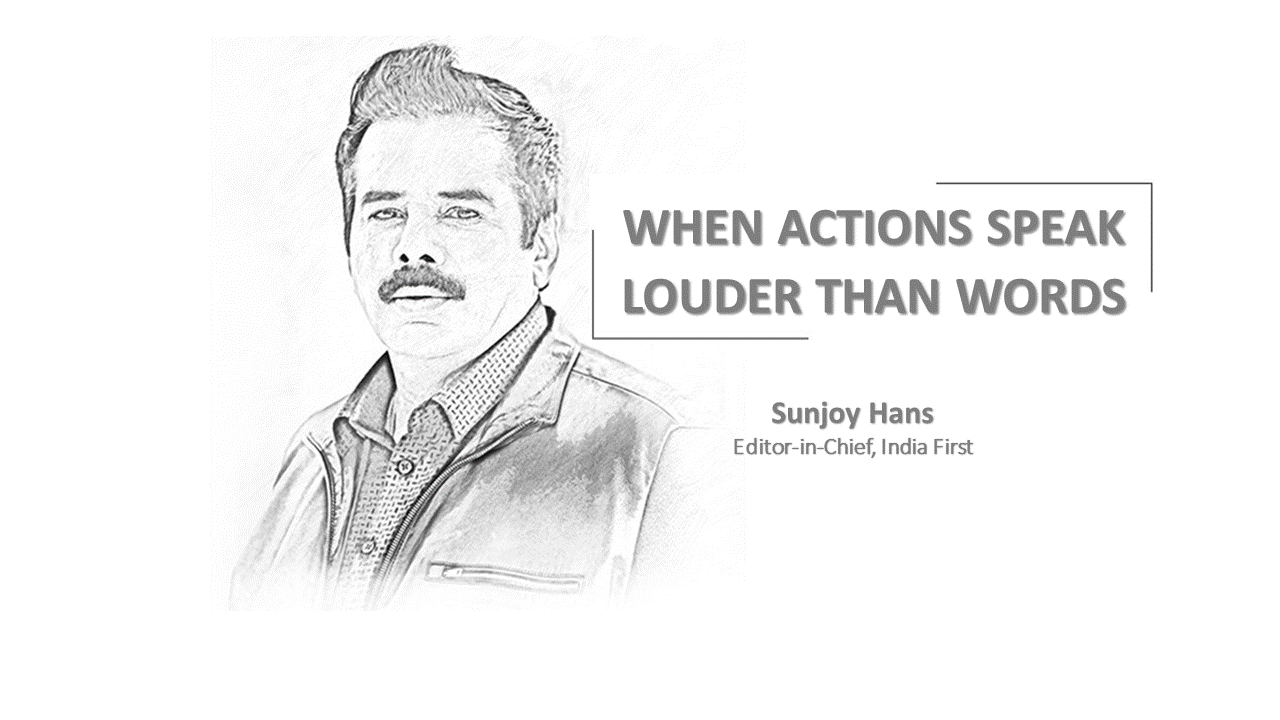 The opposition in Odisha has been particularly belligerent over the past couple of days.

First, they staged a walkout during Governor Ganeshi Lal’s opening address ahead of the Budget session of the state assembly. The Congress MLAs did that while making noise over Odisha’s border dispute with Andhra Pradesh, while the BJP ones followed suit citing concerns over deteriorating law and order situation and irregularities in paddy procurement at different mandis in the state.

Interestingly, however, the Governor – who is a constitutionally neutral figure – praised the Naveen Patnaik government for a plethora of things: from its efforts to developing all regions of the state to empowering all sections of the society, to successfully handling the Covid-19 situation, to improving revenue collection, to properly maintaining law and order, you name it.

Then, the opposition joined hands on the farmers’ issue and conjured up a brouhaha in the state assembly yesterday claiming that the state’s farmers were incurring heavy losses what with the procurement agencies not buying their produce lying around at the mandis.

Interestingly once again, the farmers of Odisha do not seem to be nearly as agitated as their north Indian counterparts or as some of these opposition party members would have the people of this state believe. In fact, the vast majority of them do not seem agitated at all. It is no secret how Chief Minister Naveen Patnaik has taken care of the rural, poor and agricultural community of the state through many path-breaking schemes.

Meanwhile, the Chief Minister has been letting his work do the talking, not just in the agriculture sector but across the board.

On February 17, he laid the foundations for 17 industrial projects and inaugurated five others – in diverse sectors such as cement, metal and downstream, plastic, tourism, textile and apparel, and food processing. Worth a total Rs 13,311.53 crore, these 22 industrial projects will generate jobs for nearly 11,000 people in the state.

As the Chief Minister has himself already said, his mission is to make his state a manufacturing hub of India. The Odisha government has already facilitated an online registration and approval process for more than 30 government-to-business services over the past few months. This will enable smooth and prompt services for industries from the district and block levels right up to the state department level.

Day before yesterday, he also inaugurated two new mines – Jiling-Langlota and Guali iron ore blocks – in the state that are set to produce 12 billion tonnes of iron ore every year, which will then increase the state-owned Odisha Mining Corporation’s annual production to 20 billion tonnes.

Under the Naveen Patnaik government’s patronage, Odisha has already become a national sports hub, having hosted many international events – most notably the 2018 Men’s Hockey World Cup – at Bhubaneswar’s state-of-the-art Kalinga Stadium over the past decade. The hockey event was such a success that the International Hockey Federation (FIH) once again picked Odisha as the setting for the 2023 edition of the tournament, in which the state capital will share hosting duties with the steel city of Rourkela.

The Chief Minister has similarly been making efforts to raise Odisha’s on the national arts and heritage stage.

Just imagine how many talented people like Director Nila Madhab Panda will get an opportunity to make great films like ‘Kalira Atita’ right here in Bhubaneswar and then vie for the Oscars and other important awards as veritable ambassadors of Odia culture. Or just see how breathtakingly magnificent the premises of Lord Jagannath Temple in Puri are already looking these days, as a sign of how the Rs 800 crore heritage corridor project will transform Puri and its international profile once it is completed.

Truth be told, with all that has been happening in Odisha on the watch of its five-time Chief Minister, there is not much to complain about. No matter how belligerent the opposition gets against the ruling BJD, the public knows better.