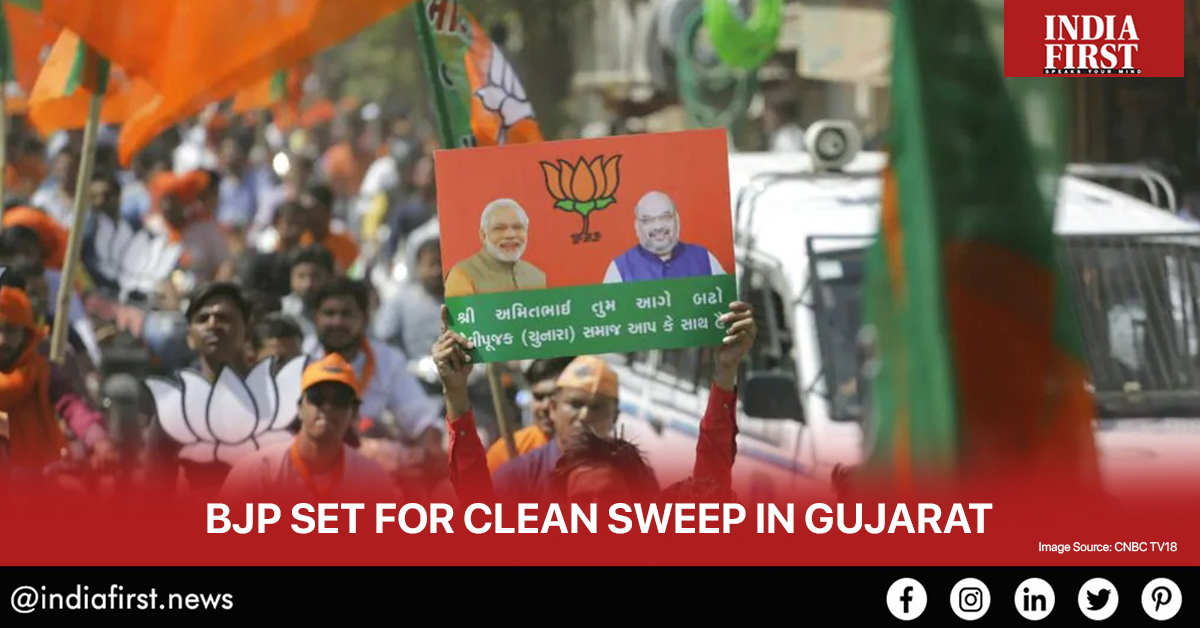 As counting of the votes cast in Gujarat’s local body polls was under way earlier today, trending figures showed that the Bharatiya Janata Party (BJP) is leading in majority of the areas.

In the first two hours of counting, results of five out of the 81 municipalities arrived, where four have been captured by the BJP and one has gone to the Congress.

In 31 districts, results of five have arrived, where four have gone to the BJP and one to the Congress.

Out of the 231 tehsil panchayats, results of 15 have been obtained – 13 to the BJP and two to Congress.

Meanwhile, in the Junagadh tehsil panchayat, the Aam Aadmi Party (AAP) has opened its account.

In Kodinar, tehsil of Gir-Somnath district, a BJP candidate won his seat with one vote over his rival.

According to the State Election Commission (SEC), around 64 per cent voter turnout was recorded in the elections to Gujarat’s 81 municipalities, 31 district panchayats and 231 taluka panchayats which were held in a largely peaceful manner last Sunday.

The average voting percentage across all these local bodies together was around 63.74 per cent.

Out of these, 237 seats remain unopposed, and no form was filled for two seats in taluka panchayat.