Similipal Wildfire Well Under Control, With No Known Harm to Life and Property | India First e Newspaper Skip to navigation Skip to content 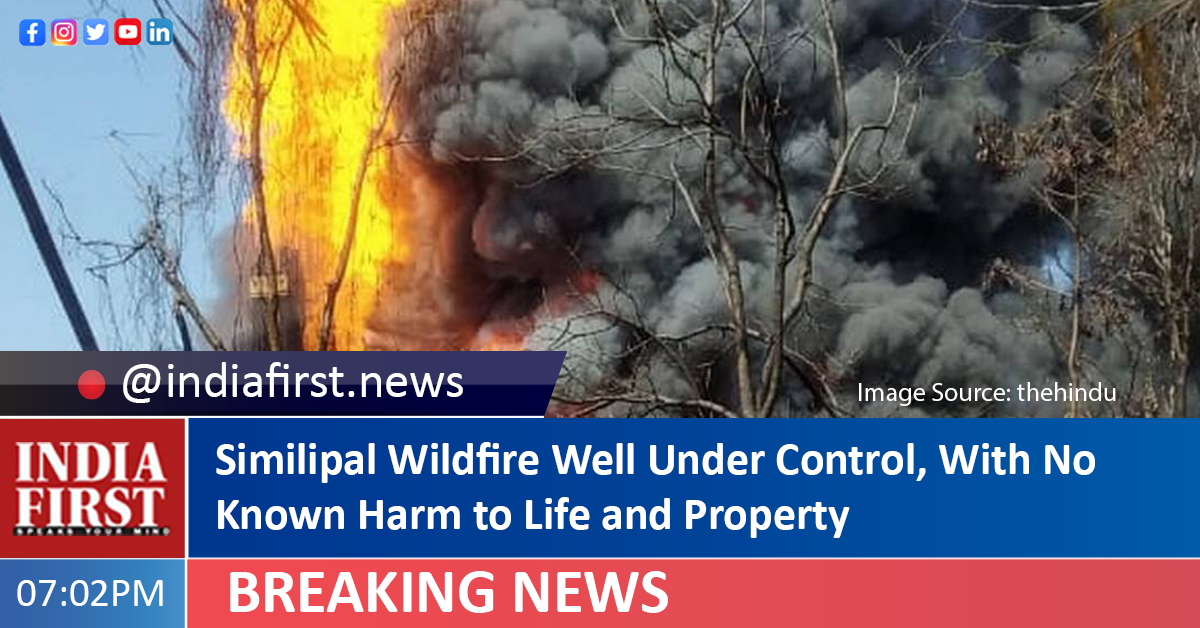 A week-long wildfire raging in Odisha’s Similipal National Park has finally been brought under control with no reported loss of life and property or injury to wildlife and villagers.

Similipal is a national park and tiger reserve situated in Mayurbhanj district. The 2,750 sq km area harbours unique melanistic tigers, rare and endemic orchids, 1,352 species of plants, 55 species of mammals, 361 species of birds, 62 species of reptiles and 21 species of amphibians.

A massive fire had broken out in the biosphere reserve area of the park last month.

“The fire is under control, no loss or injury to wildlife, any staff, villagers or public property has been reported,” said S.P. Yadav, the Director General of National Tiger Conservation Authority.

Almost all the cases of fire are anthropogenic in nature. Out of these, maximum cases are to facilitate growing of succulent grass for domestic cattle, collection of non-timber forest products (NTFP) like ‘Mahua’ and eradication of ticks and insects, he asserted.

Various measures were taken to bring the fire under control like creation of temporary fire lines through cleaning of leaf litter and ground flora and engagement of additional manpower as fire watcher in addition to the existing protection squad.

Besides this, leaf blowers and personal safety equipment for firefighting were procured, additional vehicles for mobilisation of fire squads were arranged and awareness drives were carried out among the fringe villagers.

Similipal comes under the Deccan Peninsular Biographic zone, Chota Nagpur Plateau, in the Mahanadian region. The forest is a predominantly moist-mixed deciduous forest with tropical semi-evergreen patches in areas with suitable microclimatic conditions and sporadic patches of dry, deciduous forest and grassland.

On March 2, Union Forest Minister Prakash Javadekar had directed the officials concerned to take immediate steps to control the wildfire. He had issued directions in response to a tweet by Union Petroleum Minister Dharmendra Pradhan on the issue.

Javadekar has sought a report on the forest fire from the concerned authorities.