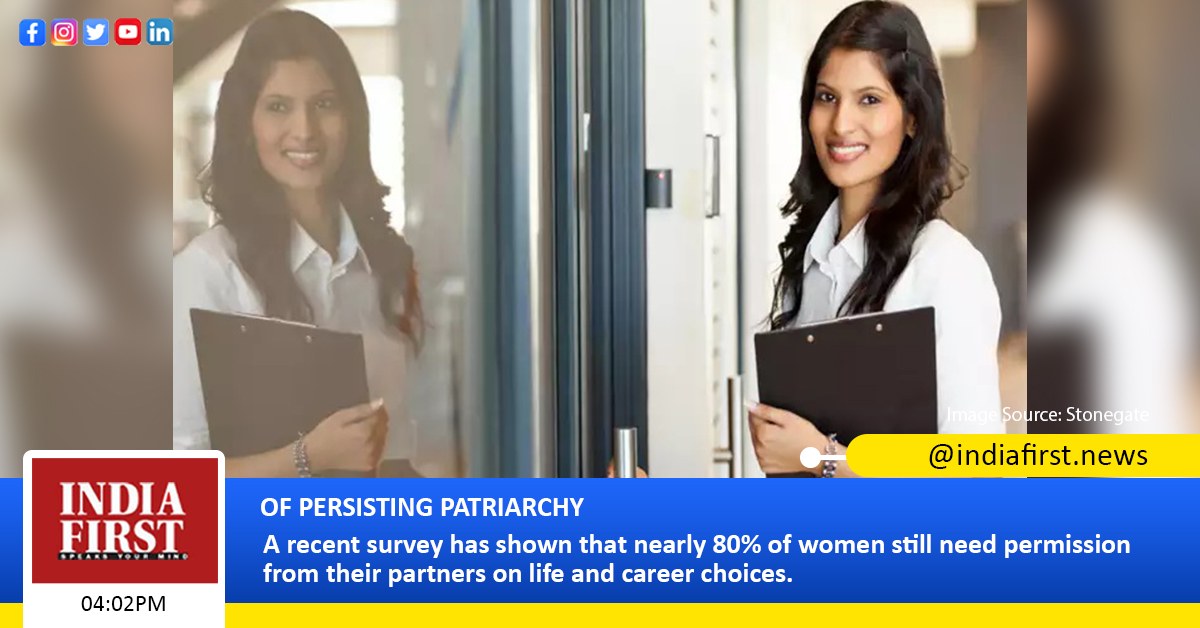 A recent survey has shown that nearly 80% of women still need permission from their partners on life and career choices.

According to the dating app, “Users on the platform (87 per cent men and 96 per cent of women) define feminism as ‘equality between all genders’ and yet, patriarchy is so deeply ingrained that permission is still given or withheld from women who seek the things considered bare minimum for a man.

“While generations of patriarchal values are finally losing their grip on the Indian psyche, people who consider themselves as progressive still take pride in giving women in their lives “permission” to live their lives. Things that are considered normal for men continue to be considered a privilege for women like pursuing an education, prioritizing career or being on top of the corporate ladder, etc. Establishing an equal partnership in a relationship should be normalized where women shouldn’t have to be grateful to men and society for ‘allowing’ them to make their own choices,” says OkCupid, which has also launched a campaign on similar lines for International Women’s Day.

The digital video throws spotlight on benefactors in a woman’s life who think they are allowing them the ‘privilege’ of getting an education, having a successful career, being financially independent, or living on her own as an unmarried woman, but are actually stripping a woman’s agency.