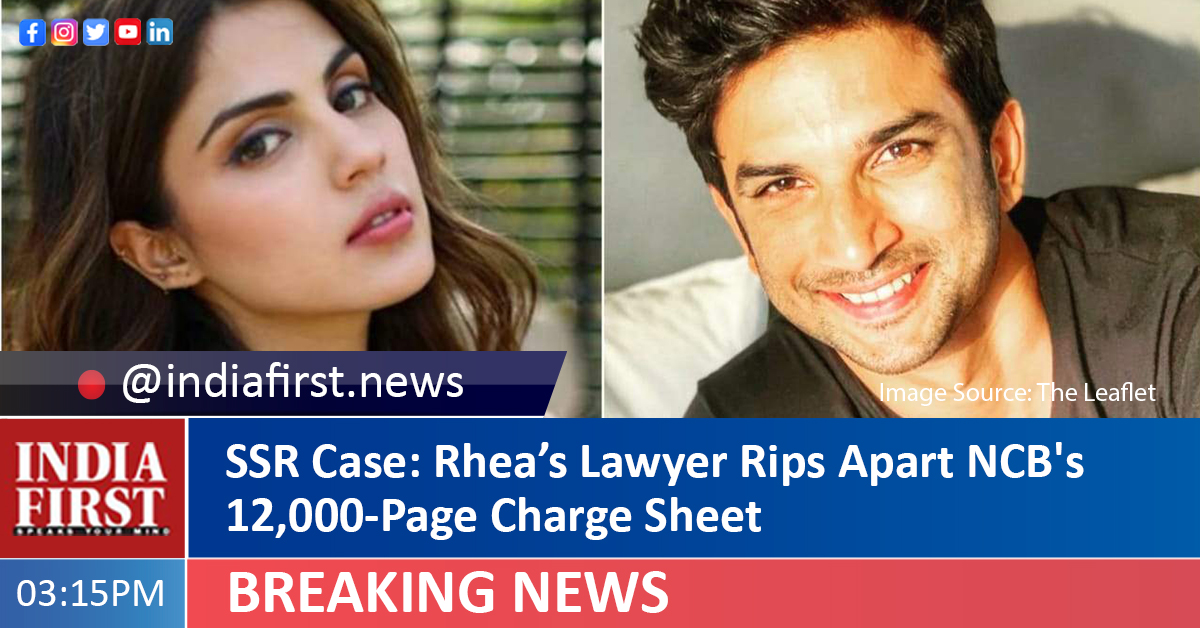 Terming the voluminous 12,000-page charge sheet filed against Bollywood actress Rhea Chakraborty, her brother Showik and 31 others as “expected”, their lawyer Satish Maneshinde launched a sharp attack on the Narcotics Control Bureau (NCB) in Mumbai today, virtually accusing it of a witch-hunt.

“All efforts of the NCB have been directed towards Rhea Chakraborty, to somehow rope her in. The entire NCB, from top to bottom was engaged in unearthing the drug angle in Bollywood,” Maneshinde said.

“The charge sheet is a damp squib standing on the foundation of inadmissible evidence and statements recorded under NDPS Act Sec. 67 even after the Supreme Court judgement in the Toofan Singh case. Without Rhea Chakraborty being charged, this case has no substance,” Maneshinde said.

Referring to the NCB’ contentions in the charge sheet that it has seized various narcotic drugs (Charas, Ganja, LSD, Ecstasy) and psychotropic substances (Alprazolam and Clonazepam), the lawyer rubbished the federal drug agency’s claims.

“The entire amount of ‘Narcotic Substances’ recovered against the 33 accused are nothing compared to what even a Constable in Mumbai Police or Narcotics Cell or the Airport Customs or other agencies recover from one raid or trap,” Maneshinde pointed out.

Moreover, he said there’s hardly any material against any known faces, who were paraded during the investigations, and wondered whether the allegations were false, or “only God knows the truth”.

The lawyer added that even the Bombay High Court did not find prima facie material at the stage of bail of the ‘alleged’ financing of drugs trade, as claimed by the NCB.

Maneshinde’s strong reactions came a day after the NCB lodged its charge sheet – an 11,700-page plus more in electronic format – with the Special NDPS Court in Mumbai, signalling an end to the probe.

The NCB came into the picture in August 2020 after the Enforcement Directorate (ED) stumbled on the drugs aspect of its probe into the financial angles surrounding the death of Bollywood actor Sushant Singh Rajput on June 14 at his rented duplex in Bandra, Mumbai.

Besides Rhea and Showik, the NCB has named the late actor’s ex-manager Samuel Miranda, his domestic help Dipesh Sawant, a drug peddler Anuj Keshwani from whom commercial quantity of drugs like LSD sheets and Marijuana) were first recovered.

“We will have the last laugh. Satyameva Jayate,” an unfazed Maneshinde concluded.