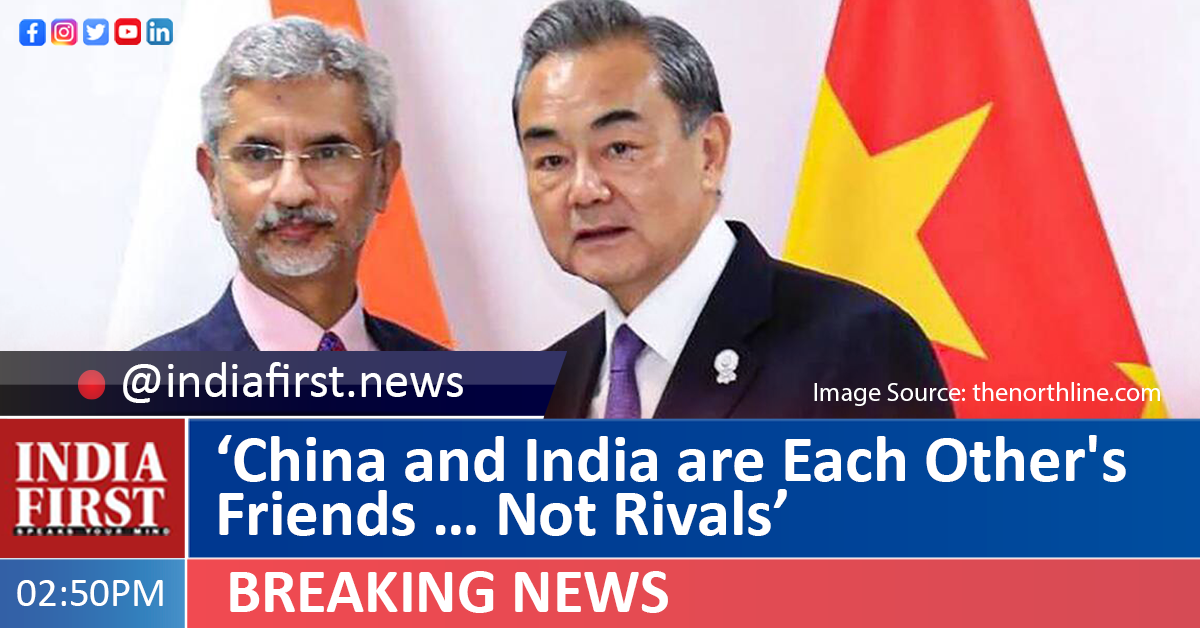 China talked peace, partnership and prosperity with India yesterday, insisting that it is committed to settling the boundary dispute with New Delhi through dialogue and consultations.

After troops of both countries disengaged along the Line of Actual Control in Ladakh last month, New Delhi had warned Beijing over a week ago that it was not in the interest of either side to prolong the remaining boundary issues.

At his annual press meet, Chinese Foreign Minister Wang Yi said that the right and wrongs of what happened in the border area last year are clear, so are the stakes involved. “It again proves initiating confrontation will not solve the problem. Returning to peaceful negotiation is the right way forward,” he said.

China’s position, he said, is very clear. “We are committed to settling the boundary dispute through dialogue and consultations,” he said, adding that at the same time the Xi Jinping regime has resolved to safeguard its sovereign rights and interest.

The foreign minister said, “China and India are each other’s friends and partners and not threats and rivals. Both need to help each other succeed instead of undercutting each other, we should intensify cooperation instead of harbouring suspicion over each other.”

The boundary dispute, an issue left from history, is not the whole story of the China-India relationship, he said. “It is important that the two sides manage the dispute properly and at the same time expand and enhance cooperation to create enabling conditions for settlement of the issue.”

Following the disengagement along the LAC in Pangong Tso area, there has been no progress over other disputes in Gogra-Hot Springs area, Demchok and Depsang plains.

However, Wang said it falls on both sides to solidify existing consensus, strengthen dialogue and communication and improve the various management mechanisms to jointly safeguard peace and tranquillity in the border areas.

In the year ahead, he said, Beijing hoped that India will work with China to truly deliver on important common understanding of the leaders of the two countries that India and China are not threats to each other but opportunities to each other’s development.

Together, the Xi Jinping and Narendra Modi governments can bring greater benefit to the people of China and India, and make greater contribution to efforts for an Asian century, the Chinese Foreign Minister said.

The China-India relationship, he argued, is essentially about how the world’s two largest developing countries get along and pursue development and rejuvenation together. “As two ancient civilisations next door, and two major emerging economies each with over one billion people, China and India have broad common interests and tremendous potential for cooperation,” Wang pointed out.

Domestically, he said, both countries face the historical mission of accelerating growth. And internationally, he said, the world expects both the countries to safeguard the common interests of developing countries and advance multi-polarity in the world. “Our positions are the same or close due to similar national realities,” he said.