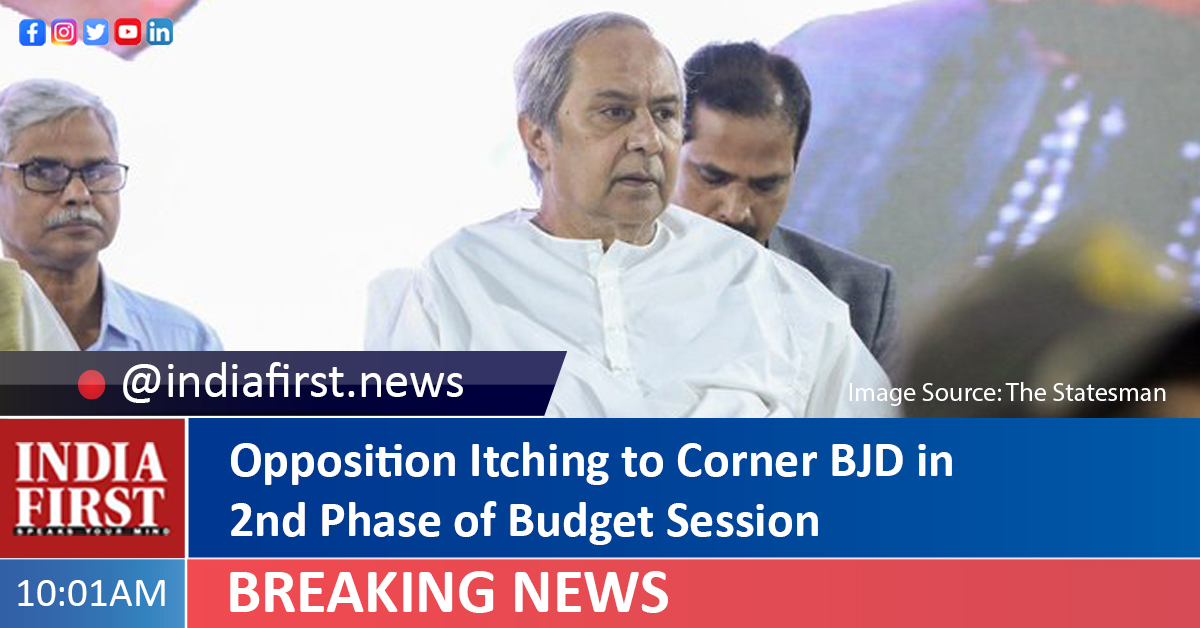 But the ruling party of Odisha seems more than ready to pick up the gauntlet.

Odisha’s opposition Bharatiya Janata Party (BJP) and the Congress are set to corner the Biju Janata Dal government over several issues during the second phase of the Budget session starting today.

The second phase is scheduled to continue till April 9 with all Covid-19 precautionary measures in place.

The opposition parties have chalked out their strategies to attack the government, deciding to raise several issues, including the rising forest fire incidents, law and order, border dispute, and irregularities in paddy procurement.

“The farmers are selling their paddy in distress as the Mandis are not operating. We will raise the issue. Besides, crimes are increasing in the state,” said Congress MLA Santosh Singh Saluja.

BJP’s deputy legislature party leader Bishnu Charan Sethi said they will discuss the forest fire incidents in Similipal national park and other forests in the state.

On the other hand, government chief whip Pramila Mallick said they are ready to discuss every issue to be raised by the opposition members.

During the second part of the session, the main focus of the government will be to get the various demands for grants for the year 2021-22 passed along with the Finance Bill.

The Appropriation Bill on the budget for the year 2021-22 will be presented on March 31.

The state government is likely to pass several bills in the House during the period.

The first phase of the budget session of the assembly, which commenced with the address of Governor Prof Ganeshi Lal on February 18, concluded on February 27.