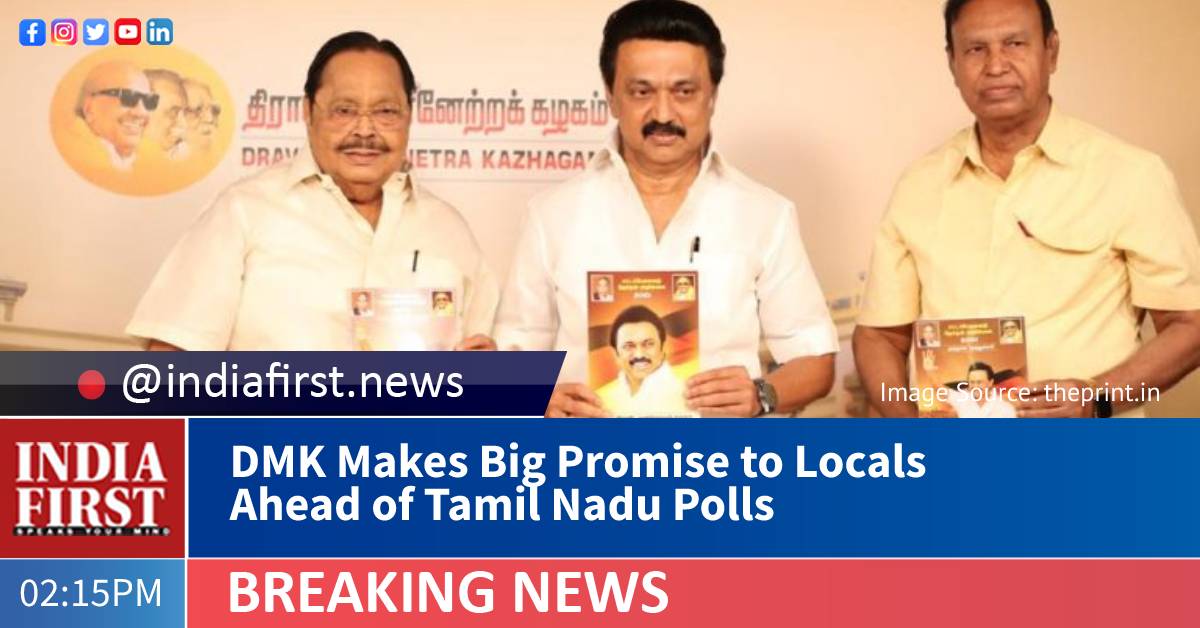 The opposition DMK in poll-bound Tamil Nadu released its manifesto yesterday, promising to reserve 75 per cent jobs for the local people in the state if the party is voted to power.

Stalin also said that steps would be taken to complete the proceedings of the Arumughaswamy Committee probing the circumstances leading to the death of former Chief Minister J. Jayalalithaa in 2016.

The DMK manifesto also states that if elected to power, the government would provide financial assistance of Rs 25,000 to Rs 1,00,000 to people going on pilgrimage to various temples.

The DMK government will also provide tablets to the students of government schools and colleges, Stalin said.