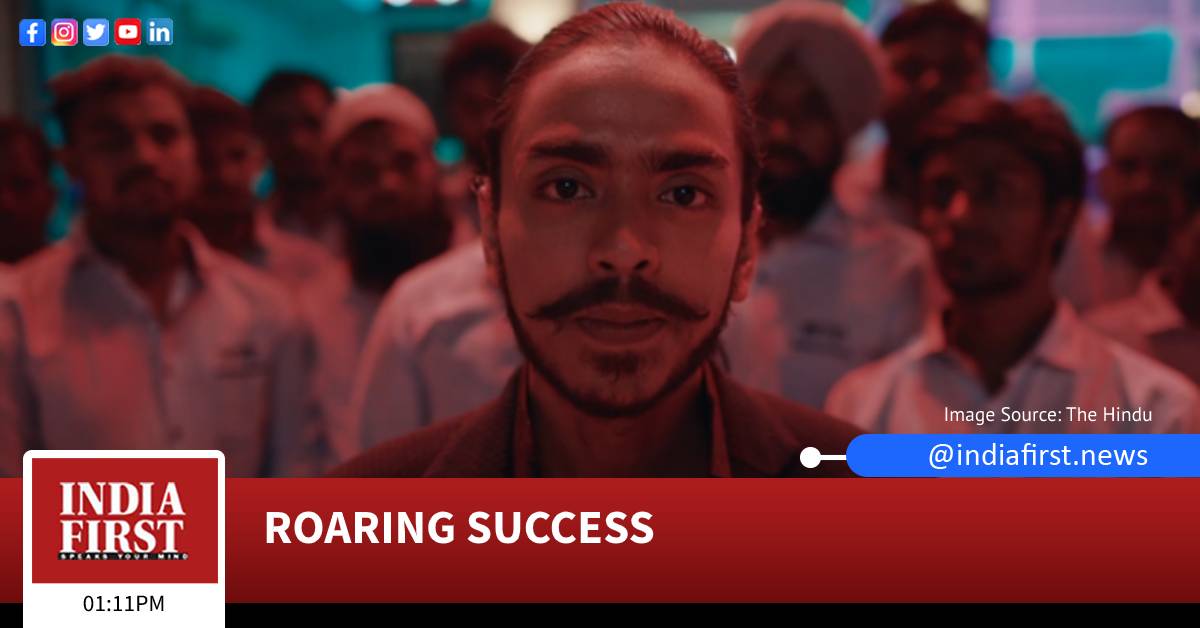 BAFTA nomination alongside legendary idol Anthony Hopkins has yet to sink in for ‘The White Tiger’ actor Adarsh Gourav.

Adarsh Gourav was just exiting his local gym in Mumbai when the smartphone buzzed. That was the moment he learned that he had been nominated for a BAFTA in the Leading Actor category, for his role of Balram Halwai in “The White Tiger”.

“It was basically on a group of me, Priyanka (Chopra Jonas) and Raj(kummar Rao). While the nominations were being announced, I read the message that the film had been nominated for Best Adapted Screenplay, and I sent a few emojis,” says Adarsh, recalling how “exhausted and tired” he was while leaving the gym, so he didn’t read the congratulatory messages on the group with attention.

“A friend called and informed me that I had been nominated for Leading Actor. I checked the group and noticed that everyone was congratulating me, and my name was also in that message along with the Best Adapted Screenplay nomination!” he said.

The 26-year-old describes the immediate rush as a “strange feeling”, not surprising because he has been nominated alongside stalwarts Anthony Hopkins, Mads Mikkelsen and the late Chadwick Boseman.

“It is actually a strange feeling to see my name next to someone like an Anthony Hopkins,” he says adding that he learnt a lot from the 83-year-old actor in his “formative years”.

“He has had a huge influence on me, and I remember being in awe of Dr. Hannibal Lector in ‘The Silence Of The Lambs’ and other subsequent movies featuring the character. I have immense gratitude to just be nominated alongside him, and others such as Mads Mikkelsen,” he says.

Adarsh says he identified with Balram Halwai’s “helplessness” before the powerful and privileged around him in “The White Tiger”, as his protagonist is subjected to a world of discrimination and class divide.

“I won’t say I was the best choice to play Balram, but I understood the character. I have grown up in Jamshedpur, So, I could understand the culture and language of the character. I understood the scale of the film,” he says, specifically pointing at the sequence where Balram is forced to sign a confession so that his bosses, played by Rajkummar Rao and Priyanka Chopra Jonas, can get away from being convicted for a crime.

“That was something I related the most with. I mean, we see and read so many news reports where people from underprivileged backgrounds are blamed, even if they are not a part of that crime,” he says.

“I related to that sense of helplessness of Balram, who couldn’t even go and complain to higher authorities because he doesn’t have the power to do so. I related most with that moment, when he is going through that turmoil, where he cannot even ask for help, because he comes from a village,” he adds.

Despite its release on Netflix, which meant “more people could see the film”, Adarsh admits he never imagined it would become a darling of the critics.

“The last one-and-a-half months have been incredible, ever since this film was released. I think because it was released on an OTT platform, it meant that more people could watch it. I have had so many people tell me how Balram’s journey has affected them. Every response has been different. Some said it made them uncomfortable, while others spoke of how it changed their outlook on how to treat people around them, still others talked about how it empowered them,” he says.

“I am just incredibly thankful that I got to be a part of the project. I hope this nomination translates into more work. I hope to audition for some wonderful things in future,” he signs off.