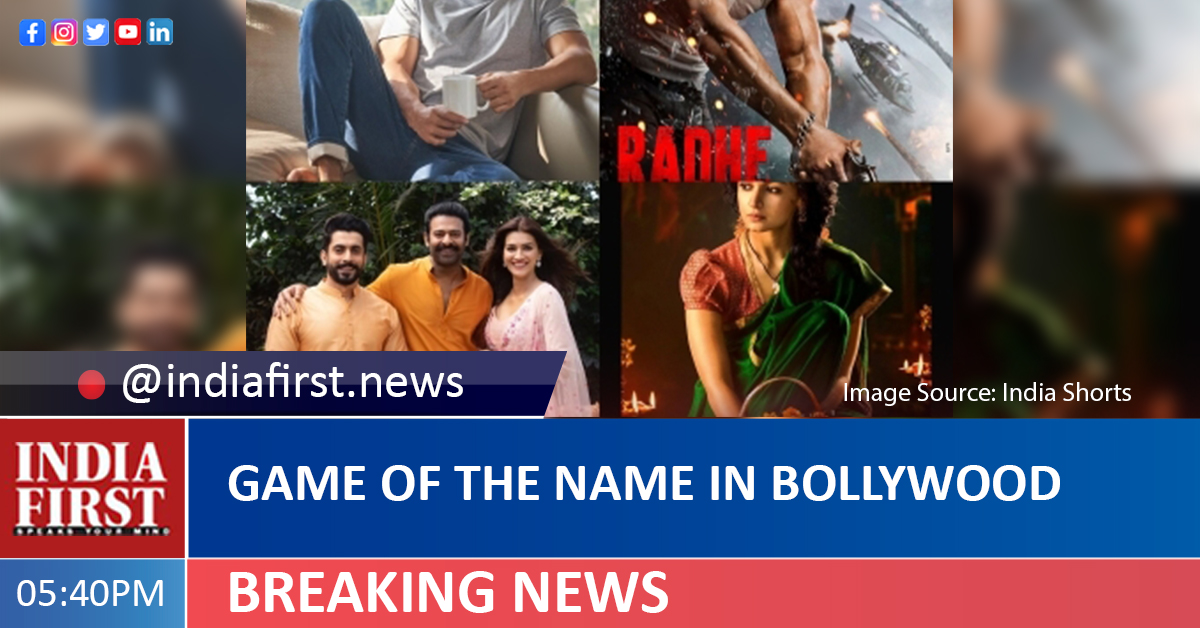 Raj, Rahul and Prem don’t set the heartbeats racing as youth icons anymore. Bollywood is increasingly returning to its roots, and Ram, Sita, Radhe and Shyam have taken over.

In an era when Hindi mainstream is rapidly drawing inspiration from the epics, names of gods and goddesses are cool again for our screen heroes. The trend of naming protagonists with a touch of divinity was popular among Bollywood filmmakers from Ram Aur Shyam via Seeta Aur Geeta to Ram Lakhan. It was not uncommon for top heroes and heroines till the nineties to favour such names.

The advent of globalisation in the nineties, and the urge to reach out to the NRI market changed that. Suddenly, romance in the Swiss Alps seemed cooler if the hero and the heroine were named Raj and Simran, Rahul and Anjali.

Indeed, if names of Bollywood stars on the screen reflect pervading mindsets, this is an era when Bollywood is exploring the “Ramayan” and “Mahabharat” for story ideas again. Names of characters, even in films that don’t directly reference the epics, had to reveal an influence.

As Hindi cinema digs out names from the pages of Indian mythology once again, here is a look at traditional names that are suddenly back in vogue.

By every yardstick, she is Bollywood’s chosen one at the moment when it comes to name and/or screen identity. Not one but four top heroines are playing Sita in upcoming projects, either in terms of name or role.

Alia Bhatt is Sita in “RRR”, Kriti Sanon essays the role in Adipurush. According to reports, Deepika Padukone and Kareena Kapoor Khan are also gearing up for a tryst with Sita on screen.

Telugu superstar Prabhas plays Ram in Adipurush, an adaptation of the Indian epic Ramayana. It does not stop there, there is a character named Ramaraju in the upcoming magnum opus “RRR”, a period action drama based on freedom fighters, directed by S.S. Rajamouli.

Aditya Roy Kapur will be seen playing a character named Om, another name of Lord Shiva. The actor is named thus in the film “Om: The Battle Within”. Shiva, is known as the destroyer, and the film is high-octane action fare.

Vicky Kaushal’s upcoming “The Immortal Ashwatthama” is a superhero film with a traditional name at its core. In “Mahabharat”, Ashwatthama was the son of guru Dronacharya, the weapon instructor of the Pandavas and the Kauravas, and the final commander-in-chief of the Kauravas in the Kurukshetra War. According to the epic, he was cursed to becoming Chiranjivi, or immortal, by Krishna.

Bollywood superstar Salman Khan will play the title role in “Radhe”, a name synonymous with goddess Radha, the consort of Lord Krishna. An out-and-out action film, Salman’s Radhe will be seen showcasing Krishna’s trait of protecting the good against evil the film. Incidentally, Salman has played a protagonist named Radhe once before — as Radhe Mohan in the 2003 hit “Tere Naam”.