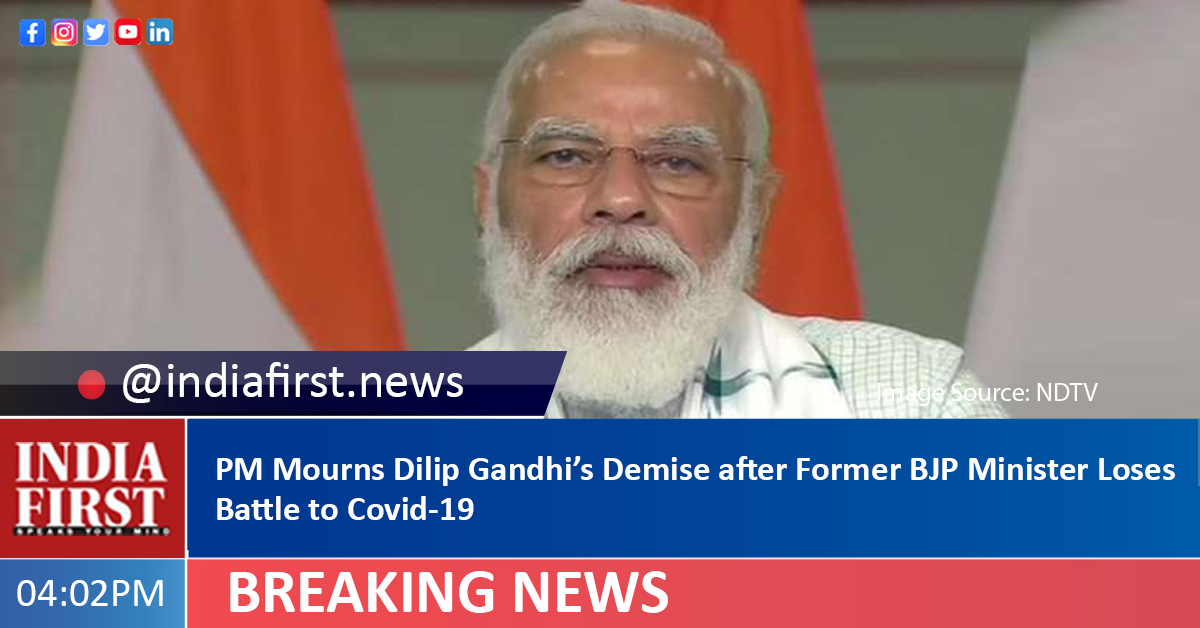 Former Union Minister and BJP leader Dilip Gandhi, who had tested positive for Covid-19, passed away at a private hospital in Delhi today during treatment. He was 70.

Prime Minister Narendra Modi expressed grief over the demise of Gandhi, saying the leader will be remembered from his rich contributions to community service.

“Saddened by the demise of former MP and Minister Shri Dilip Gandhi Ji. He will be remembered for his rich contributions to community service and helping the poor. He made numerous efforts to strengthen the BJP in Maharashtra. Condolences to his family and supporters. Om Shanti,” the Prime Minister tweeted.

He recently tested positive for coronavirus and was undergoing treatment for multiple ailments, sources said.

Gandhi had started his career as a corporator in the late 1980s and won the Lok Sabha election three-times since 1999 from Maharashtra’s Ahmednagar. He was denied ticket in the 2019 general election. In 2014, Gandhi was re-elected with a margin of more than 200,000 votes in 2014.