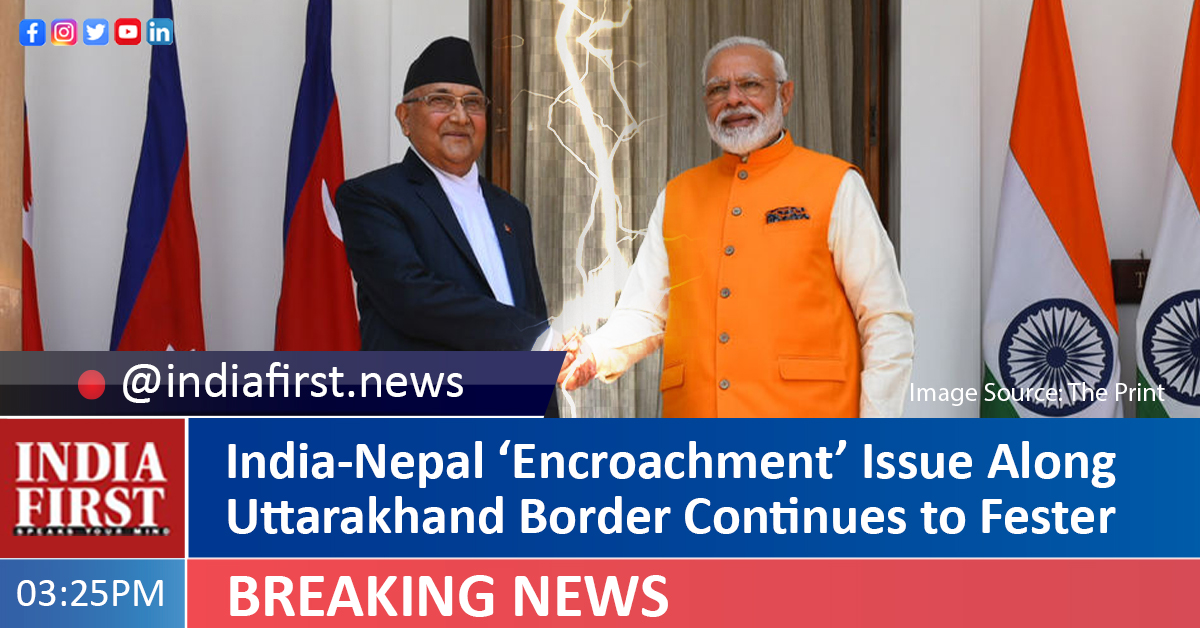 Despite reminders, the Nepalese security agencies are yet to remove “encroachment” from the no-man’s land on the sensitive Uttarakhand-Nepal border.

“We had talks with our counterparts in Nepal and requested the concerned authorities to immediately remove the encroachment, however, no action has been taken yet,” said Himanshu Kafaltia, SDM, Tanakpur of the border district of Champawat yesterday, adding, “we hope that things will change in a day or two in the ‘no man’s land’.”

The SDM of the border district said that temporary construction was detected at the ‘no man’s land’ from the Nepal side. Subsequently the SDM and team of Indian police officials went to the border area on March 16. Later a meeting was held with the concerned Nepalese authorities.

In recent times local border disputes have escalated between both the countries, especially along the sensitive Uttarakhand-Nepal border.

In Tanakpur, particularly near the no-man’s land in Brahmdev area, such issues have been raised from time to time. Porous border between the two countries and disappearance of border pillars play a part in escalating such disputes.

Earlier in 2019, Nepal had claimed parts of Indian territory in border area of Uttarakhand by unveiling new maps.

India had then strongly opposed the move.

Sources said the Chinese embassy in Kathmandu played a tacit role in raking up the border issues between India and Nepal.

The historical accuracy of a geographical territory has been often a flashpoint between both the countries, but such matters had been successfully resolved by New Delhi.