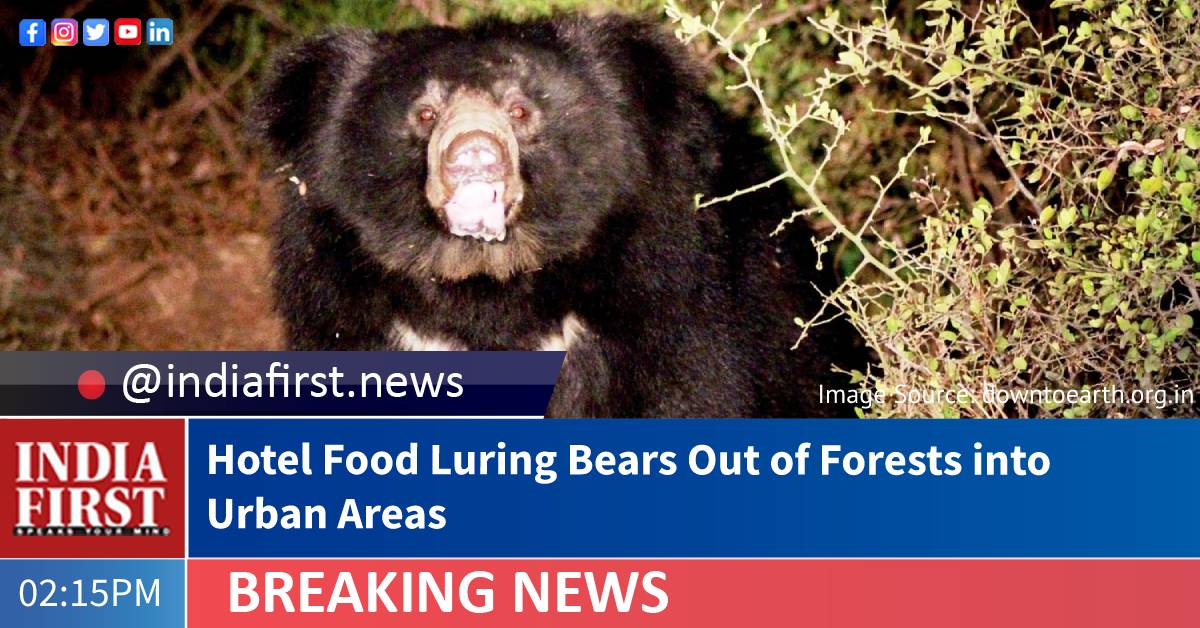 Bears have developed a special liking for food served in hotels.

This surprising revelation has been made in a research paper submitted by Udaipur-based researchers which was published in Cambridge University’s magazine Oryx.

Prajapati said that a research, for the first time in the world, shows that the sloth bears have been entering the city from the forest areas.

In Mount Abu, bears visit the township scurrying for trash to eat. Now they have gone accustomed to eating cooked savouries.

Research also revealed that a bear attacks human when suddenly encountered, but the interesting fact is that it has been the women who have been exposed to the highest number of bear attacks.

If a woman comes in front of a bear with children, the bear turns aggressive.

According to Gopi Sundar, the natural habitat of the sloth bear is threatened and that is why bears are coming out of the forests more and more heading towards city limits.

The growing aggression trend in bears is also due to the dumping of food items in the dustbin. Attracted by the cooked meals found in dustbins as leftovers, the sloth bears head for cities and when they do not get this food, they become violent and attack the humans.

According to these researchers, bears are generally considered to be shy animals, but their nature has changed over the years as they are now seen shifting to urban areas from their natural habitat — the once dense forests.

This transformation has spiked the conflict between bears and humans.

Aiming to find the reason why bears started visiting populated areas, despite the availability of sufficient quantity of food in the forests, these researchers started the study and found many stunning facts such as bears, these days, have developed a liking for food cooked in hotels.

Due to their liking for meals served at hotels, they enter Mount Abu, a hill station of Rajasthan and can be seen eating food dumped across the road.

The research started in December 2018 and the research paper was sent to Cambridge University.

After being reviewed by scientists, this research has recently been featured in the Oryx magazine.