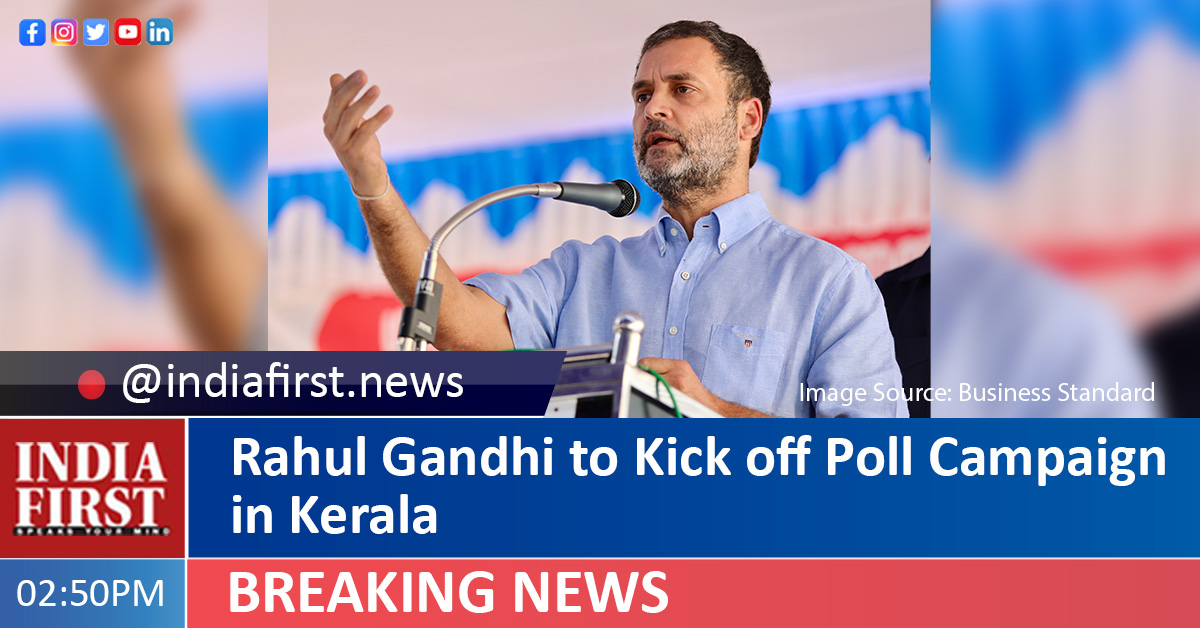 Former Congress President Rahul Gandhi will be in Kerala from today onwards for campaigning ahead of the Assembly elections scheduled on April 6.

As per the scheduled programme, Rahul Gandhi will be interacting with the students at the St. Teresa College, followed by a reception at the Goshree Junction in Vypeen and later at the Veli junction at Fort Kochi.

He will also be addressing corner meetings at Pattanakkad, Alappuzha, Cheppad, Haripad and Kayamkulam.

The Congress, which heads the United Democratic Front (UDF), is contesting the Assembly polls in alliance with the Indian Union Muslim League (IUML), Kerala Congress(Joseph) and Revolutionary Socialist Party (RSP).