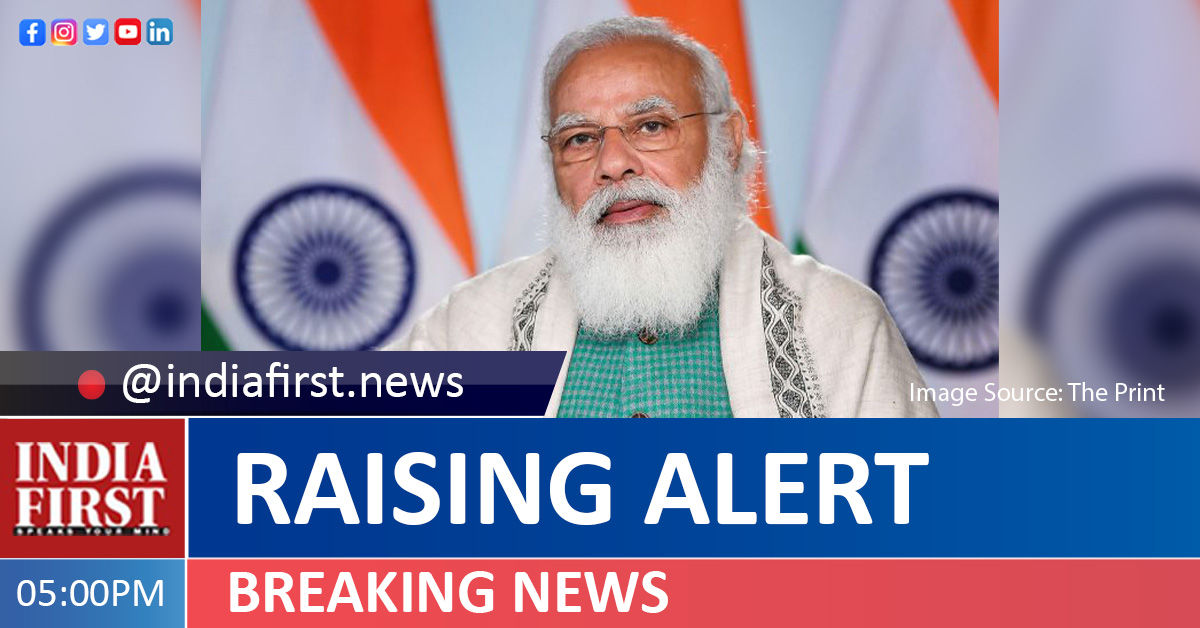 Prime Minister Modi has asked the people of poll-bound Assam to move towards all-round development and self-reliance and away from the ‘Five Guarantees’ of Congress.

Prime Minister Narendra Modi yesterday said that there was “double neglect, double corruption” when the Congress-led government was both at the Centre and in Assam, but now the BJP’s “double-engine government” will make the state “Aatmanirbhar”.

Addressing an election rally at Bokakhat in eastern Assam’s Golaghat district, Modi said that the Congress identified itself as a secular party, but to grab the chair (government), the party forged electoral alliance with the communal forces in Assam, West Bengal and Kerala.

Saying that the Congress’ “five guarantees” are fake and false promises, he said that after ruling Assam over 50 years the party has to make “jutha (fake) assurances” and making alliance with the communal party.

“Congress means confusion, uncertainty, violence and separatism, blockade and agitations and Congress means corruption and fake guarantees,” the Prime Minister retorted and said that the party has no vision and its friendship is only with chairs. Congress leader Rahul Gandhi accompanied by senior central and state leaders on Saturday released the election manifesto in Guwahati promising “five guarantes” if voted to power.

The “five guarantees” include restarting the process of National Register of Citizens (NRC), repeal the Citizenship (Amendment) Act (CAA), Rs 365 daily wage to tea garden workers, five lakh jobs in five years, Rs 2,000 per month allowance to housewives and 200 units free electricity per household. Saying that over Rs 40,000 crore being invested for Assam’s gas and oil projects, the Prime Minister said that projects are now under way for the compressed natural gas (CNG) for the vehicles and piped natural gas (PNG) for cooking in thousands of households.

“From the bamboo, ethanol (an organic chemical compound) would be produced in Assam. Since British rule bamboo was in the tree category. After 70 years, the law has been amended to boost the bamboo-based industries, plantations, value addition of bamboo and to empower the thousands of artisans who made thousands of items from the bamboo,” the Prime Minister said.

Before amending the law in 2017, the Indian Forest Act, 1927, placed bamboo in the definition of “tree”, besides palms, stumps, brush-wood and canes, and hence felling and transportation of bamboo required permit.

Highlighting the sacrifice and contributions of Lachit Borphukan and other important personalities in Assam, the Prime Minister said steps were taken to remember Borphukan.

Borphukan had in 1671 led the Ahoms in the Battle of Saraighat, considered the greatest naval battle on a river, to victory over the Mughals. He died in April 1672, almost two centuries before the Indian freedom movement had begun.

Modi also accused the Congress of patronising rhino poachers, but the BJP government has curbed the rhino poaching and the poachers are put in jails, while the world famous Kaziranga National Park has been freed of encroachers. The Prime Minister’s Sunday’s election rally at Bokahat, from where Minister and Asom Gana Parishad (BJP ally) President Atul Bora is contesting, is the third poll rally in the northeastern state in the last three days.

Modi on March 20 addressed an election rally at Chabua in eastern Assam and on Thursday addressed his first election rally after the declaration of Assembly elections on February 26 at Bhatgram in Bengali-dominated southern Assam’s Karimganj district.