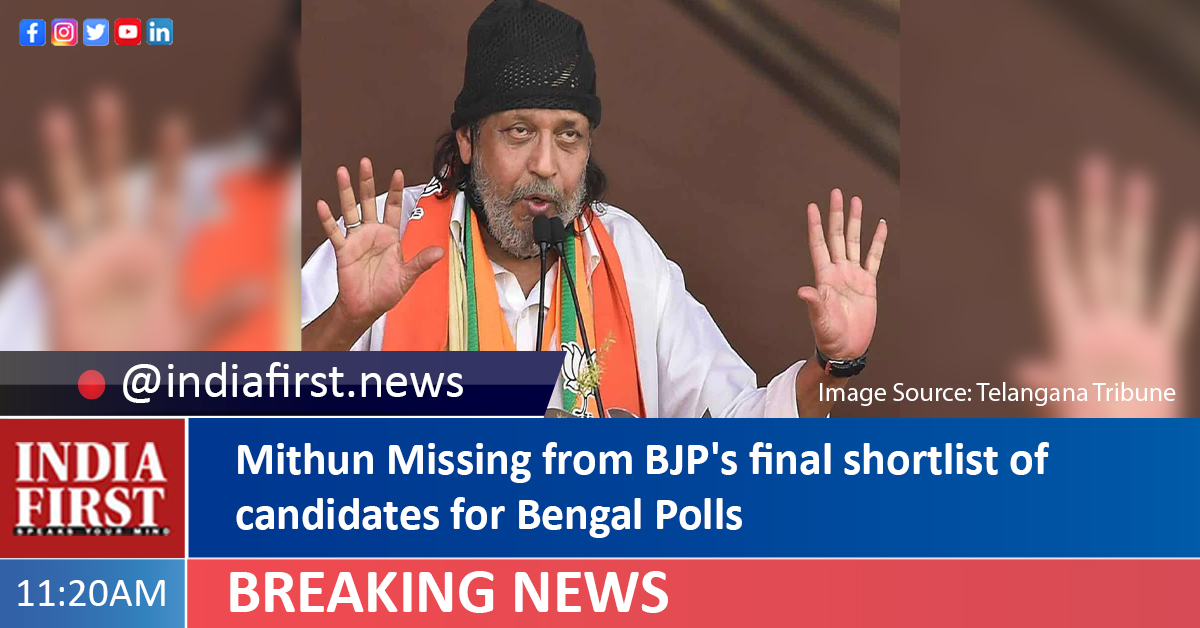 The BJP in West Bengal yesterday released its final list of candidates for the upcoming eight-phase Assembly elections in the state, featuring a total of 13 new names.

Surprisingly, Bollywood superstar Mithun Chakraborty, who recently joined the saffron camp, did not feature in the list of new candidates, eventually ending all speculation of Bengal’s beloved ‘Dada’ contesting the high-voltage electoral battle.

Chakraborty had joined the BJP’s grand rally at Kolkata’s Brigade Parade Ground on March 7, when he shared the podium with Prime Minister Narendra Modi along with many other senior BJP leaders.

Days after joining the BJP, the actor recently enrolled himself as a voter from Kolkata’s Kashipur-Belgachia constituency with an address of his cousin’s place. Earlier, Chakraborty was a registered voter in Mumbai.

The BJP has pitted retired Lieutenant General Subrata Saha from Kolkata’s Rashbihari constituency, while former Chief Economic Advisor Ashok Lahiri has been fielded from South Dinajpur’s Balurghat. Earlier, Lahiri was fielded from Alipurduar in North Bengal, but was replaced following agitation by a section of party workers.