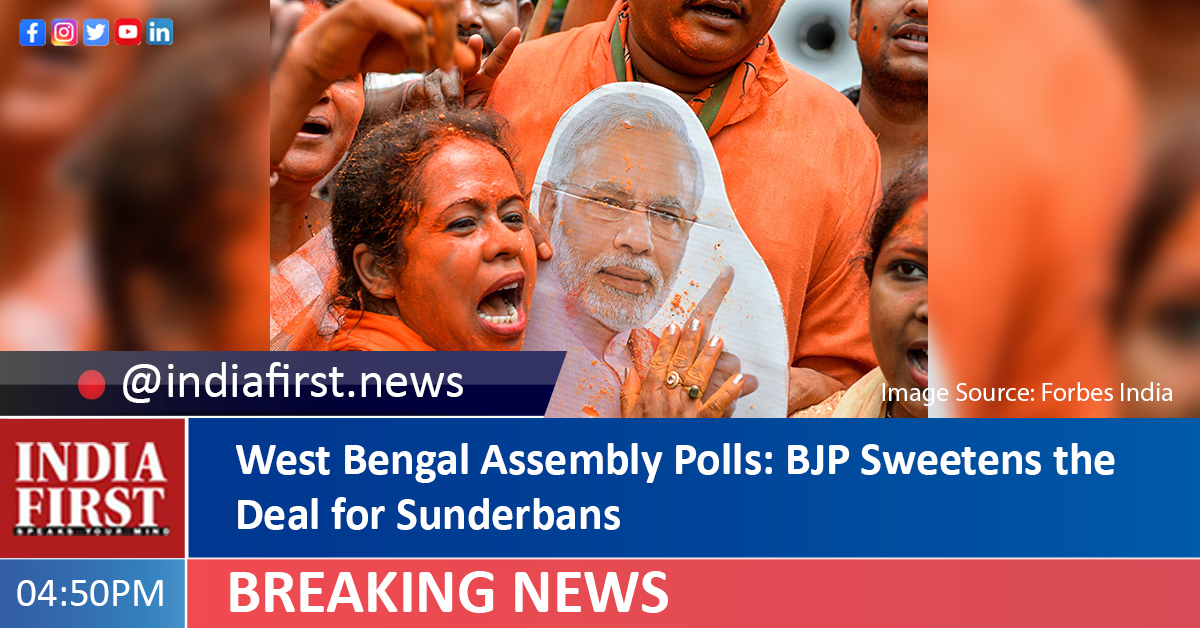 Union home minister Amit Shah has declared that if the Bharatiya Janata Party (BJP) came to power in West Bengal in the upcoming assembly elections, the deltaic Sunderbans region would be declared as a separate district.

“In 2015, 2016 and 2019, Didi had announced that her government would declare Sunderbans as a district. But the Trinamool Congress government has not done anything so far. If the BJP is voted to power this time, we will make the Sunderbans a separate district within one year of coming to power in Bengal,” Shah said, while addressing a public meeting at Gosaba yesterday.

The Union minister also promised to set up an All India Institute of Medical Sciences (AIIMS) unit in the Sunderbans if the BJP came to power in West Bengal.

“Has the Sunderbans region got its due that it deserves? Every fisherman will get an insurance cover of Rs. 3 lakh in the islands. Besides this, the government will take up special initiatives to protect tigers in the mangrove belts,” he said.

Shah further said that the Mamata Banerjee-led ruling Trinamool government had not met the expectations of the people in the Sunderbans. “We will make the Sunderbans region into one of the exceptionally developed areas of the country,” he pointed out.

At present, the Sunderbans, a UNESCO world heritage site, is carved out of two West Bengal districts – South 24-Parganas and North 24-Parganas. Considered to be one of the richest but most fragile ecosystems on the planet, the Sundarbans delta, formed by the myriad branches of the Ganga, has forest tracts that reach the 130-km inland from the coastline.

The alluvial archipelago, formed by 56 riverine islands is home to the famous Royal Bengal Tiger. It is a vast area covering 4,262 sq km, including a mangrove cover of 2,125 sq-km in India alone, and a larger portion in Bangladesh.