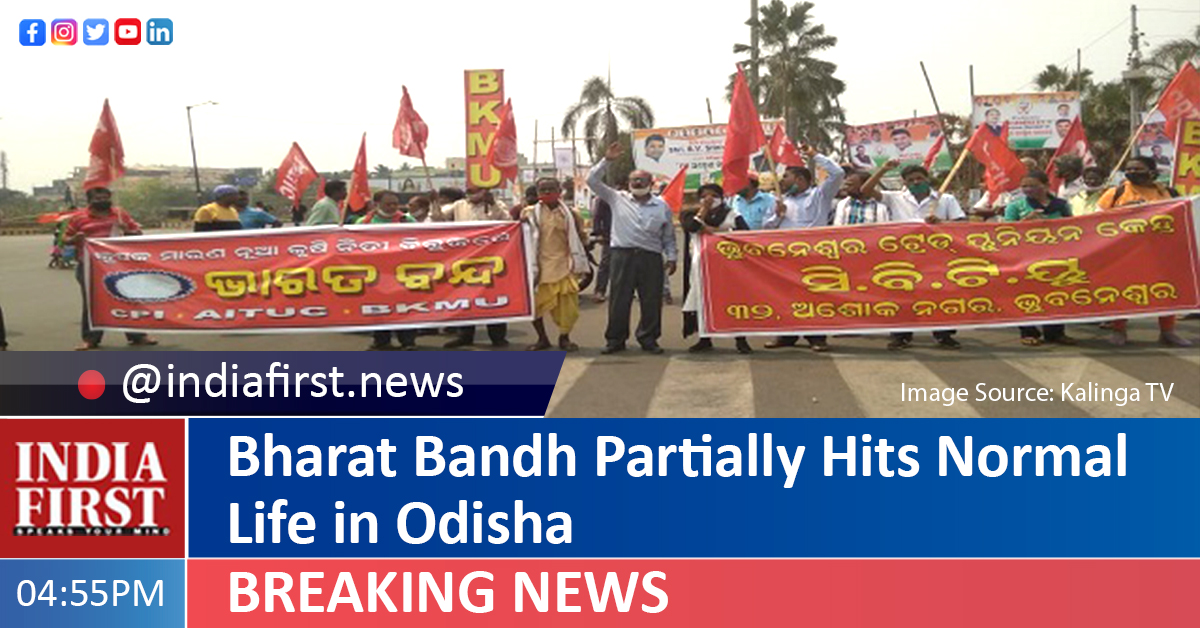 Normal life was affected to some extent in many parts of Odisha as the farmer outfits today observed a 12-hour Bharat Bandh protesting against the three farm laws enacted by the Centre.

Samyukt Kisan Morcha (SKM), a united front of farmer outfits in the country, has given this call, which was supported by the Odisha unit of Congress and Left parties in the state.

Activists of All India Krushak Coordination Committee staged a protest at station square in Bhubaneswar as part of the nationwide farmers’ strike.

While heavy vehicles such as buses and trucks remained off the road, auto-rickshaws and cars were seen plying on the roads in several parts of the state including twin cities Cuttack and Bhubaneswar.

The business establishments remained closed in different parts of the state.

In view of the Bharat Bandh, the state government has announced that all the schools, colleges, universities and other educational institutions will remain closed.

The effect of Bharat Bandh was also witnessed in the state assembly as the members of Congress stalled assembly proceedings protesting the farm laws. The Speaker adjourned the House till 4 p.m.

“Along with other Congress leaders, I participated in the Bharat Bandh called by farmers unions and trade unions against BJP’s anti-farmer laws. The state Congress stands in solidarity with our annadatas and their just demands,” said Pradesh Congress Committee president Niranjan Patnaik.

The Bharat Bandh marks four-month of farmer movement in Delhi that started at the national capital’s borders on November 26.