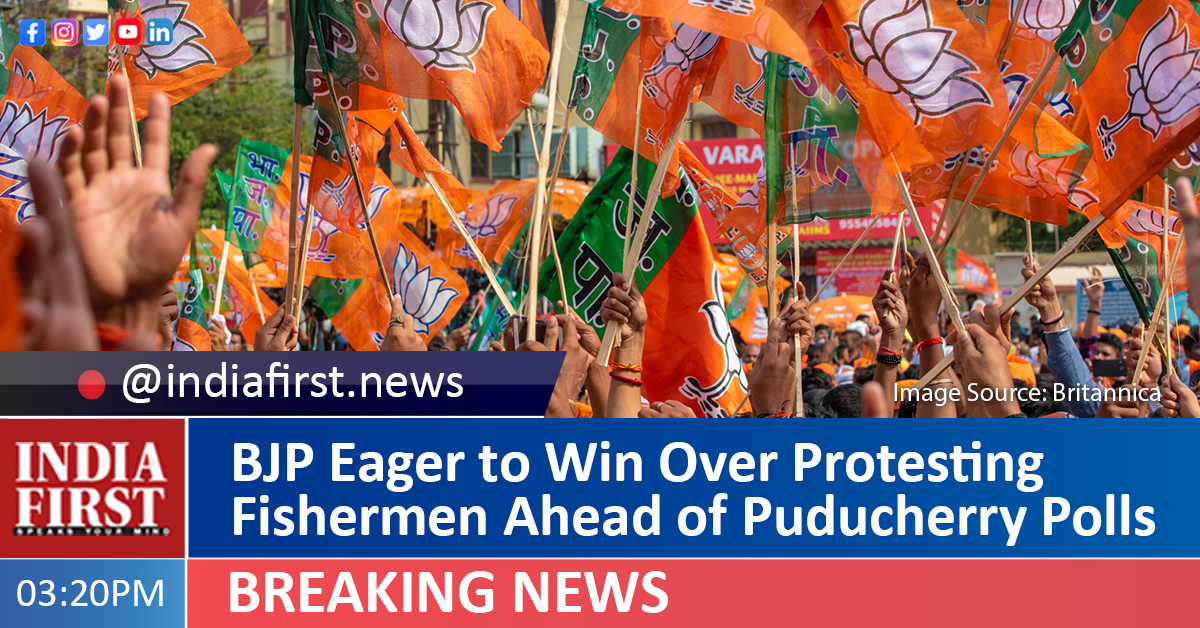 Following directives from the national leadership of the party, BJP leaders in Puducherry are wooing the fishermen community in Karaikal that has declared that it will boycott the ensuing Assembly elections in the Union Territory to be held on April 6.

In Puducherry, the BJP is in an alliance with the All India NR Congress (AINRC), AIADMK and Pattali Makkal Katchi (PMK). The party is contesting two of the five seats in Karaikal district – in Tirunallar and Neravy TR Pattanam.

There is a heavy concentration of fishermen in Neravy and Karaikal South and North constituencies and the party does not want to lose a single vote in the elections, which are considered crucial for the BJP as it does not want anything short of power in Puducherry.

The party has already announced that NDA leader and AINRC President N. Rangaswamy will be the Chief Ministerial candidate.

BJP Puducherry unit chief V. Saminathan said: “The party is keen that the NDA will win Puducherry in the Assembly elections and for that each and every vote counts. The BJP state leadership has already opened communication channels with the fishermen leaders who are spearheading the agitation to boycott elections in Karaikal and we have promised them that all their issues will be taken care of.”

It may be noted that the United Fishermen Association has announced to boycott the Assembly elections in Karaikal region.

John Jerry, the leader of a fishermen group, said: “Yes, the BJP leadership has communicated with us. We have not yet decided to revoke our decision to boycott the polls, but we will consider it if the demands raised by the fishermen are met. The final decision will be taken after we hold a meeting of all our people and we will communicate our decision to the BJP leadership by Monday.”

The BJP central leadership has already communicated to the state unit to somehow settle the fishermen’s issue.