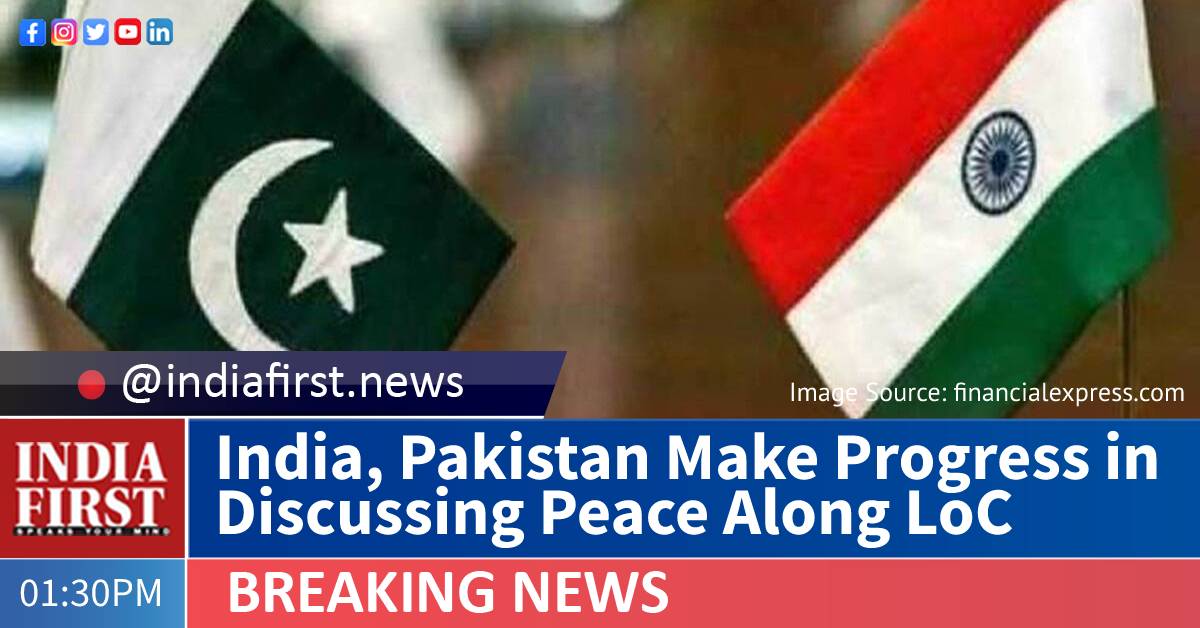 India and Pakistan brigade commanders met yesterday and discussed peace along the Line of Control in Jammu and Kashmir. The brigade commander-level meeting took place to take forward the understanding to implement ceasefire decided last month.

In February, both the countries decided to re-implement the ceasefire agreement of 2003 to maintain peace at the borders.

“Post the DGsMO Understanding 2021, a Brigade Commander Level Flag Meeting was held between Indian and Pakistan Army at Poonch Rawalkot Crossing Point on 26 March, 2021, to discuss implementation mechanism as per the understanding,” the Indian Army said.

However, there has been no commitment from Islamabad to stop sponsoring terror and launchpads continue to exist, government sources said.

Indian Army Chief General M.M. Naravane said not a single bullet has been fired at the LoC in the month of March.

India and Pakistan have reached an understanding to implement ceasefire agreement reached during the talks between Director-General of Military Operations of both the countries over hotline on February 22.

“Our endeavour is to achieve peace and stability which is beneficial for the region and specially for the population residing along the LoC, this is an attempt to bring the violence levels down,” the force had stated.

The Indian Army had stated that DGMO of India and Pakistan Army interact regularly over the established mechanism of hotline.

The purpose of the mechanism is to review the situation along the Line of Control, International Boundary and endeavour to achieve observance of all understandings and agreements reached between the two militaries.

The force had stated that Indian Army remains committed to fight the scourge of terrorism. “Acts of terror will not be tolerated and befitting response would await any misadventure,” the force said.

“Over the last few years our counter-infiltration posture along the LoC has further strengthened and terrorists have found infiltration across the LoC increasingly difficult.”

The force said that infiltration of terrorists remains a primary concern. “The ceasefire violence primarily due to the activities of terrorism along and across LoC.”

There is trust deficit with Pakistan, Indian Army had stated. The force had pointed out: “We have a history of bitter experiences with Pakistan. The peace processes in the past have been derailed either because of acts of terror or Pakistan Army’s belligerence. We are alive to this reality and we all remain prepared to meet any eventuality. However, we remain cautiously optimistic. Peace along LoC is mutually beneficial.”