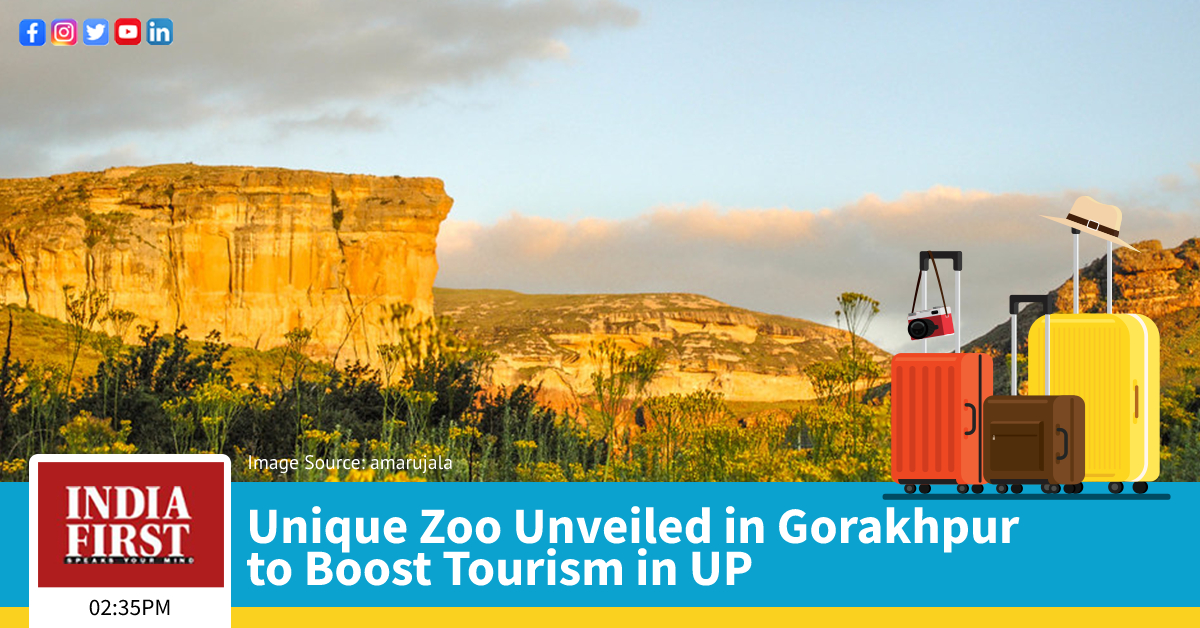 The Ashfaqullah Khan Zoological Park was inaugurated yesterday in Gorakhpur, the Assembly constituency of Uttar Pradesh Chief Minister Yogi Adityanath. The zoo houses as many as 153 wild animals from 31 species.

The zoo was opened for the general public yesterday. The foundation of the Gorakhpur Zoo, currently known as the Shaheed Ashfaqullah Khan Zoological Park, was laid in May 2011, but till March 2017, there was no headway related to the construction work.

Yogi Adityanath revived this project which can be great tourist attraction for the people from eastern Uttar Pradesh and outside.

The Shaheed Ashfaqullah Khan Zoological Park is likely to present a new vision to promote development of tourism and generating employment opportunities.

Zebras would be exported from Israel in the coming days in the zoo. Most of the wild animals have been brought from the zoos of Lucknow and Kanpur. Two cafeterias, bus safari, battery-powered golf cars for the senior citizens and a toy train based on Public-Private Partnership (PPP) model would also be made available for tourists in the zoo complex.

From the Central Zoo Authority (CZA), the work of approving layouts, start of construction to its completion and to make the enclosures populated with wildlife were all done by the Yogi Adityanath government. It started the construction of the zoo in August 2018 with approval of Rs 181.83 crore.

To accelerate the pace of this project, the approval from the Expenditure Finance Committee was increased to Rs 259.15 crore in January 2019. The work of finalising the master layout of Gorakhpur Zoo in the CZA was also done in October 2017 on the direction of CM Yogi.

It is the first zoo with a vast wetland spread over 34 acres. Focusing on the conservation of this wetland, local birds have been coming here along with migratory birds in abundance in the last two years. Apart from this, special features are making it a unique zoo. Indoor butterfly park, serpentarium (snake house) and walk-through aviary including many unique features add to the zoo’s beauty.

A 48-seater 7-D theatre has also been built at the zoo on Yogi’s instructions. It is the first 7-D theatre in the government sector. In this state-of-the-art theatre, there will be a sense of fragrance along with rain, lightning, bubbles, smoke and fog etc. during a show. A cost of Rs 2.25 crore has been incurred on its construction.

The One District One Product (ODOP) scheme has also been given a platform at the zoo in Gorakhpur. This would also provide tourists the facility to view and buy ODOP products here. The ODOP showcased here would also strengthen the branding of a world-renowned traditional product like Terracotta.

The process of bringing wildlife to the zoo started from Vinod Van in the Kusumhi forest. At present, there are 153 wildlife enclosures here.