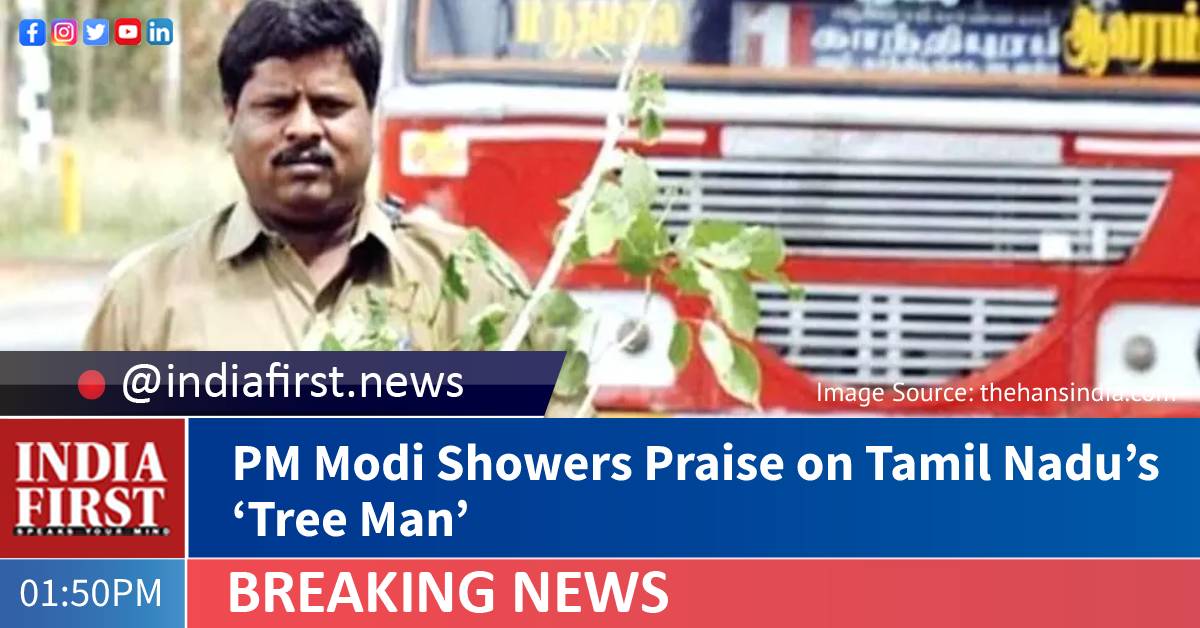 Popular as the ‘Tree Man’, Marimuthu Yoganathan, a bus conductor in Tamil Nadu’s Coimbatore city, has earned much praise from Prime Minister Narendra Modi for his extraordinary initiative to encourage people to plant trees.

Yoganathan gives free saplings to bus travellers along with the ticket and he has spent a large portion of his income for this purpose.

The bus conductor is learnt to have planted over three lakh saplings in the last 30 years using his own money.

Besides, getting praise from the Prime Minister, Yogananthan has been honoured with “Eco Warrior” award by Vice President M.Venkaiah Naidu, ‘Unsung Hero’ award by wildlife filmmaker Mike Pandey and film actor John Abraham in “Timberland” function held in Delhi. He has also garnered appreciation on social media too.

While addressing the country in the 75th episode of ‘Mann Ki Baat’, the Prime Minister said there is Marimuthu Yoganathan who works as a bus conductor in Coimbatore, Tamil Nadu.

“Yoganathanji while issuing tickets to the passengers of his bus also gives a sapling free of cost. In this way, Yoganathanji has got innumerable trees planted! Yoganathanji has been spending a big chunk of his salary towards this work.

“Now after listening to this story, who as a citizen will not appreciate the work of Marimuthu Yoganathan? I heartily congratulate his efforts, for his inspirational work,” Modi said. Yoganathan is employed as a bus conductor in the Tamil Nadu State Transport Corporation. Known as an eco-activist, Yoganathan visited around 3,743 universities, colleges, schools and industries and took classes to raise environmental awareness.

The 52-year-old conductor, who has been conferred with the title ‘Sutru Suzal Seyal Veerar’ by the Tamil Nadu government, reportedly uses 40 per cent of his monthly salary towards buying saplings and educating children.