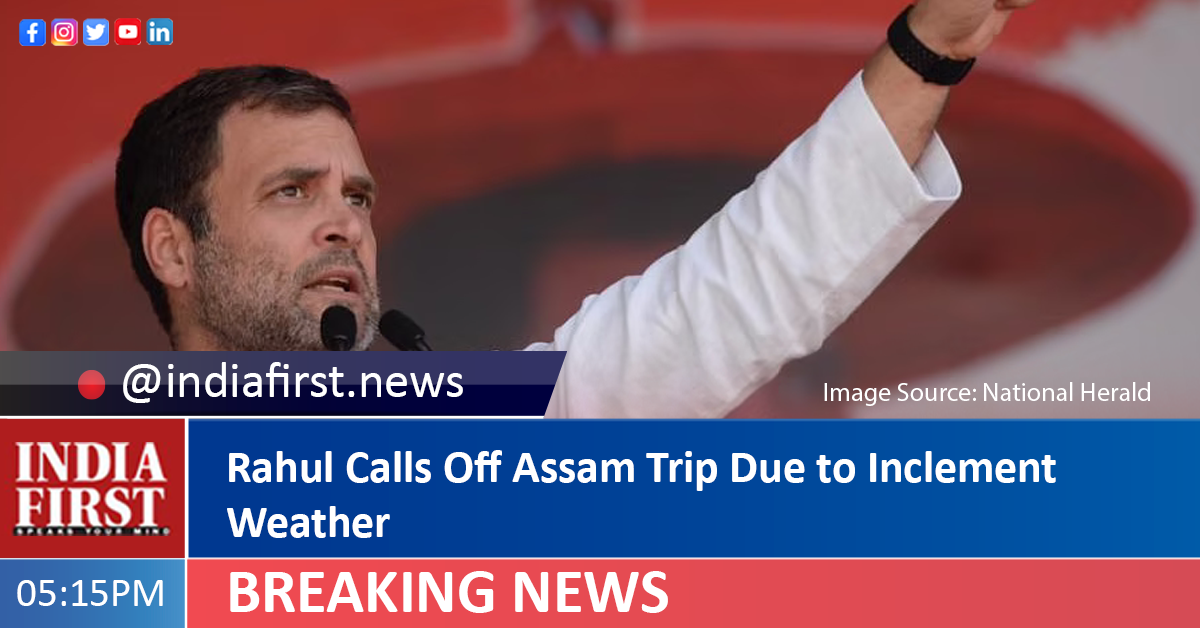 Congress leader Rahul Gandhi, who was supposed to campaign in Assam today, could not reach there due to bad weather and instead released a video appealing the voters to exercise their franchise in favour of the ‘Mahajot’ (Grand Alliance).

“Due to bad weather, I could not reach you, but my message is clear that with the ‘five guarantees’, we will take Assam to the path of development and prosperity. So vote for the Mahajot with huge majority,” Gandhi said.