Justice N.V. Ramana to be the next Chief Justice of India | India First e Newspaper Skip to navigation Skip to content 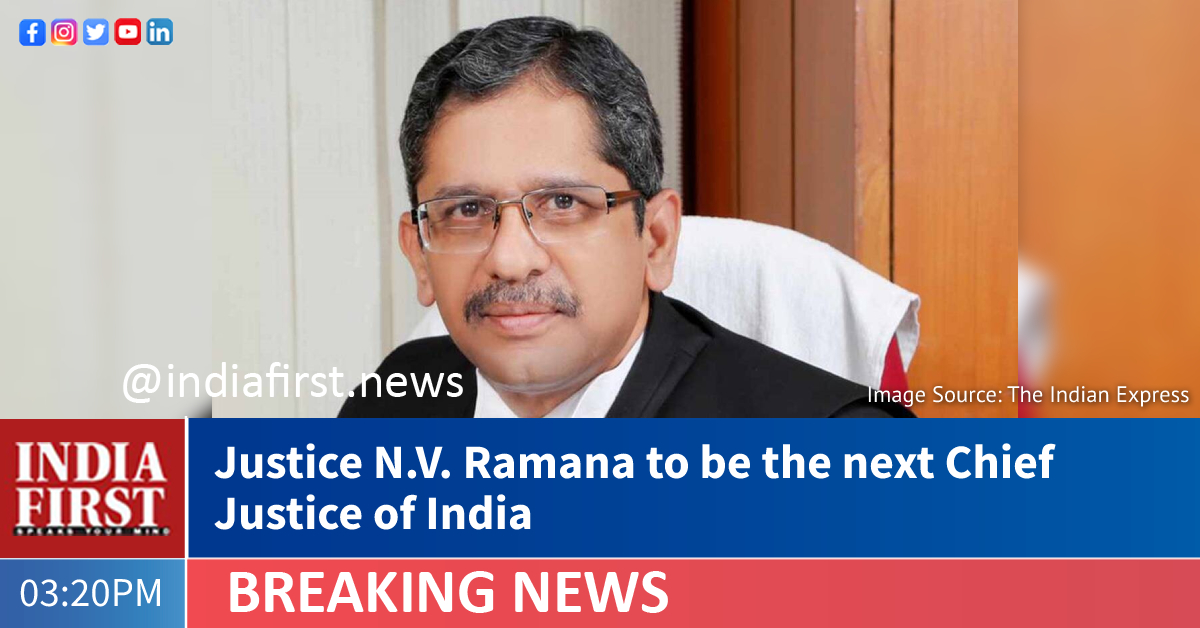 President Ram Nath Kovind has signed off on the appointment of Justice N.V. Ramana as the next Chief Justice of India (CJI).

Justice Ramana will be the 48th CJI.

Justice Ramana will take over as the CJI on April 24 after the retirement of incumbent S.A. Bobde on April 23.

According to a notification issued by the Ministry of Law and Justice, in exercise of the powers conferred by clause (2) of Article 124 of the Constitution, the President is pleased to appoint Justice Nuthalapati Venkata Ramana, Judge of the Supreme Court, to be Chief Justice of India with effect from April 24.

Justice Ramana will have a tenure as CJI with over 16 months at the helm before he retires on August 26, 2022.