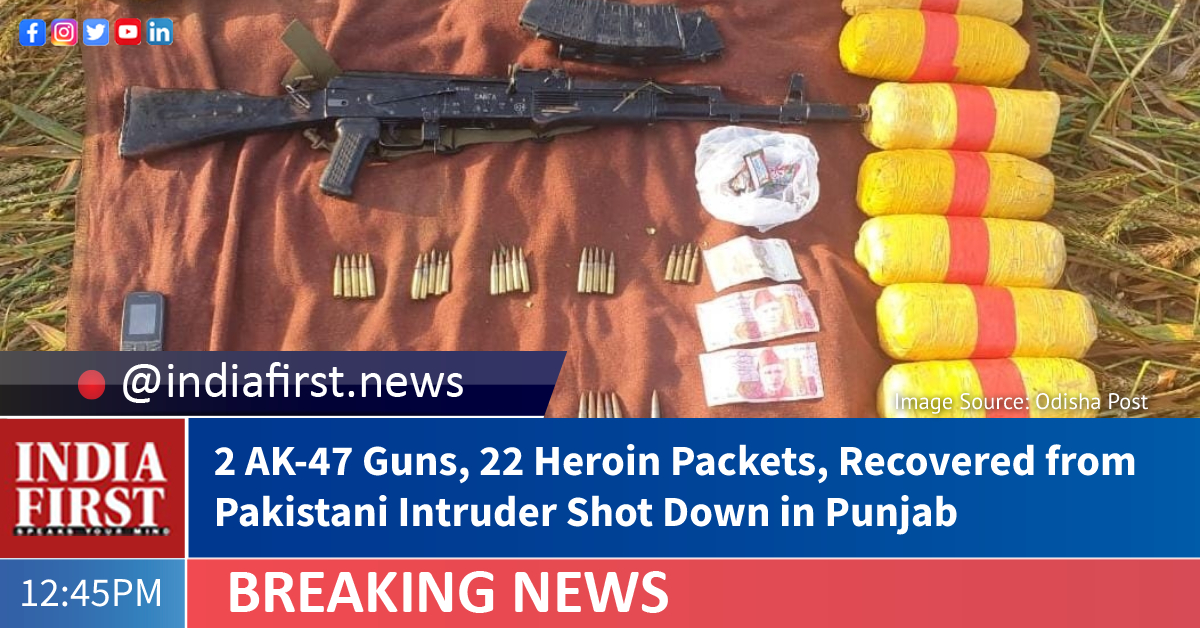 A Pakistani intruder was neutralised by the Border Security Force (BSF) and Punjab Police in a joint operation along the International Border in the Amritsar sector today, the police said.

Twenty-two packets of heroin and two AK-47s along with ammunition were seized.

“One Pakistani neutralised in @AmritsarRPolice & @BSF_India joint operation. 22 packets of heroin, 2 AK-47 with 4 magazines, 45 live cartridges, Pakistani currency and more…recovered from a Pak smuggler,” the police informed in a tweet.

The intruder could not be identified as no proof of identity was recovered, a police official said.

The intruder kept moving towards the border fence and did not stop despite warnings, the official said.

A piece of plastic pipe, one mobile phone and 210 Pakistani currency was recovered from the possession of the Pakistani drug smuggler, he added.

Two people, including one Indian, are named in a first information report (FIR) registered under the Lopoke police station, said the police.

Security along the 553-km long International Border between the two countries in Punjab is always on high alert.