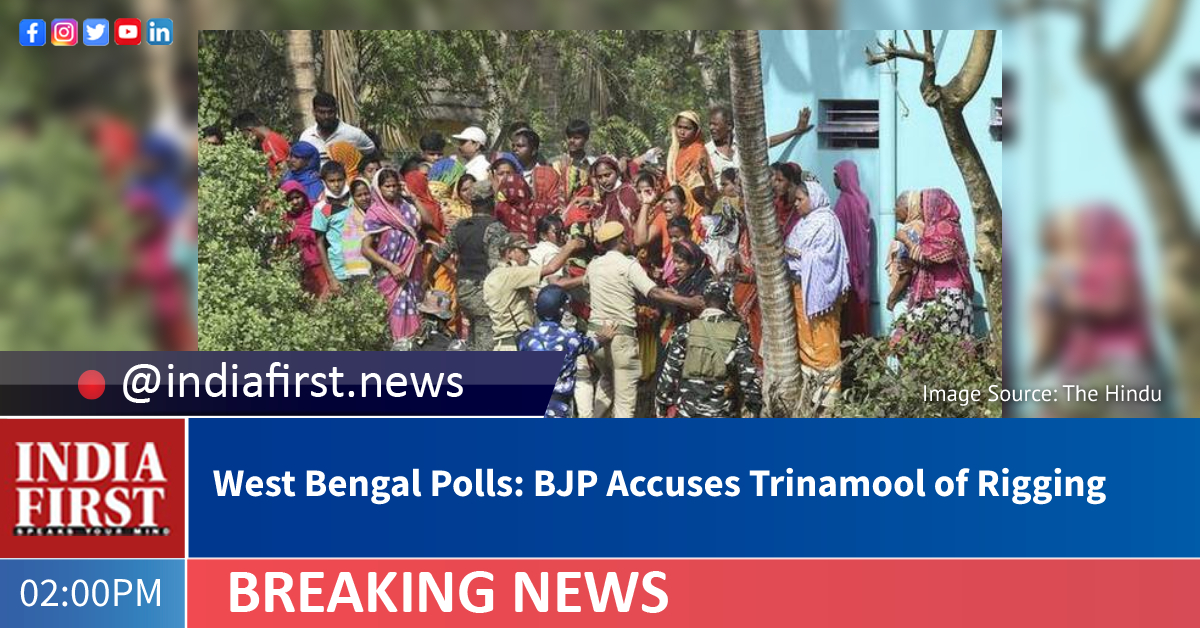 The Bharatiya Janata Party (BJP) has alleged that the Trinamool Congress made all efforts to rig the polls by intimidating the voters to steal the EVMs.

While the polling for the third phase was going on, West Bengal BJP co-incharge Amit Malviya tweeted earlier yesterday: “Despite widespread attempt to rig the polls, stop BJP agents from reaching polling stations, violence, intimidation, the third phase, which TMC thought would go their way, is turning out to be a nightmare for them. People are turning out in large numbers and voting. Game on!”

In another tweet, he said, “EVMs found in TMC leaders house in Uluberia Uttar, Howrah district, a seat going to poll TODAY. The TMC is trying everything – from intimidating voters to stealing EVMs but nothing seems to be working for them. Voters have deserted them.”

Meanwhile BJP national general secretary (organisation) B L Santhosh said in a tweet, “Egg on its face … till yesterday they were prophesisng about free & fair elections. Today the EVMs are found in TMC leaders home in Uluberia Uttar. Fraud of the highest order. Sycophant in Chief @derekobrienmp & his guide @YashwantSinha need to introspect.”

In another tweet, he said: In third phase @AITCofficial trying every trick in its #Toolkit …. goondagiri, inducement, poling officer management… But every step people & @BJP4Bengal workers are up & attentive. @AITCofficial are resisted & stopped in their tracks. Jai Ho to voters & workers.”