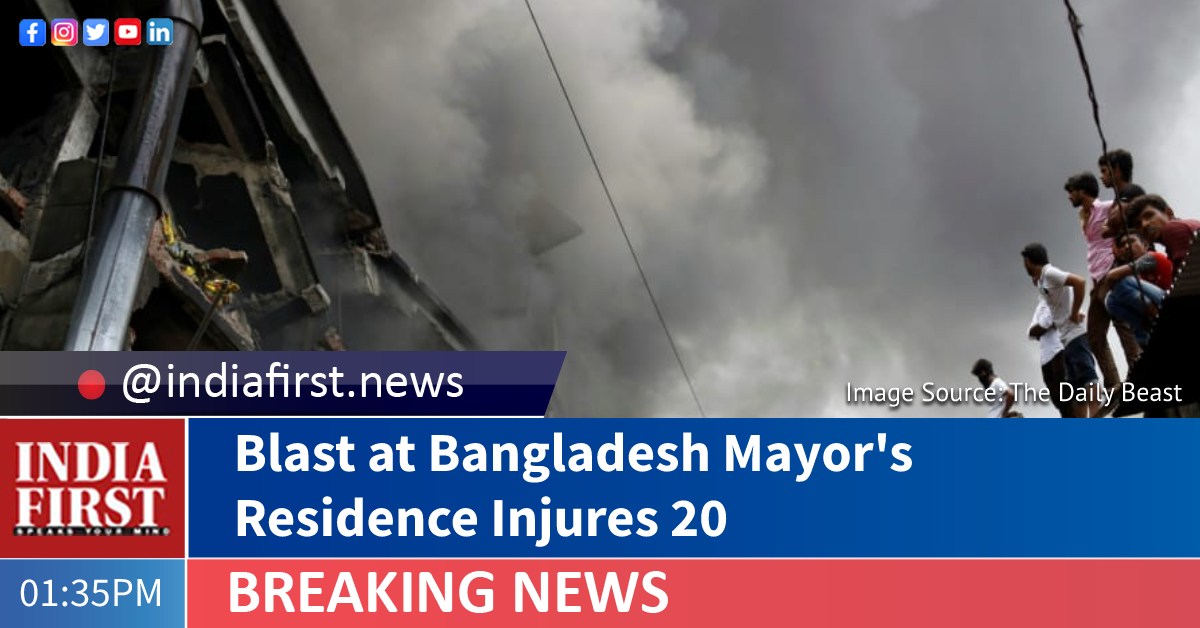 At least 20 people were injured in a blast at the residence of a Bangladesh municipality Mayor.

The incident took place at about 9 p.m. on the night of April 6 when Haji Abdus Salam, the Mayor of Mirkadim municipality in Munshiganj district, was attending a meeting with councillors and other officials in the second floor of the building.

Twelve of the injured were immediately taken to the Sheikh Hasina National Institute of Burn and Plastic Surgery in Dhaka, while one person is undergoing treatment at Munshiganj General Hospital.

Meanwhile, physicians of the Dhaka hospital told the media that one of the patients has been taken to Intensive Care Unit (ICU) with 60 per cent burn injuries.

Abu Bakar Siddique, officer-in-charge of Munshiganj Sadar Police Station, said the reason behind the blast could not be ascertained immediately.