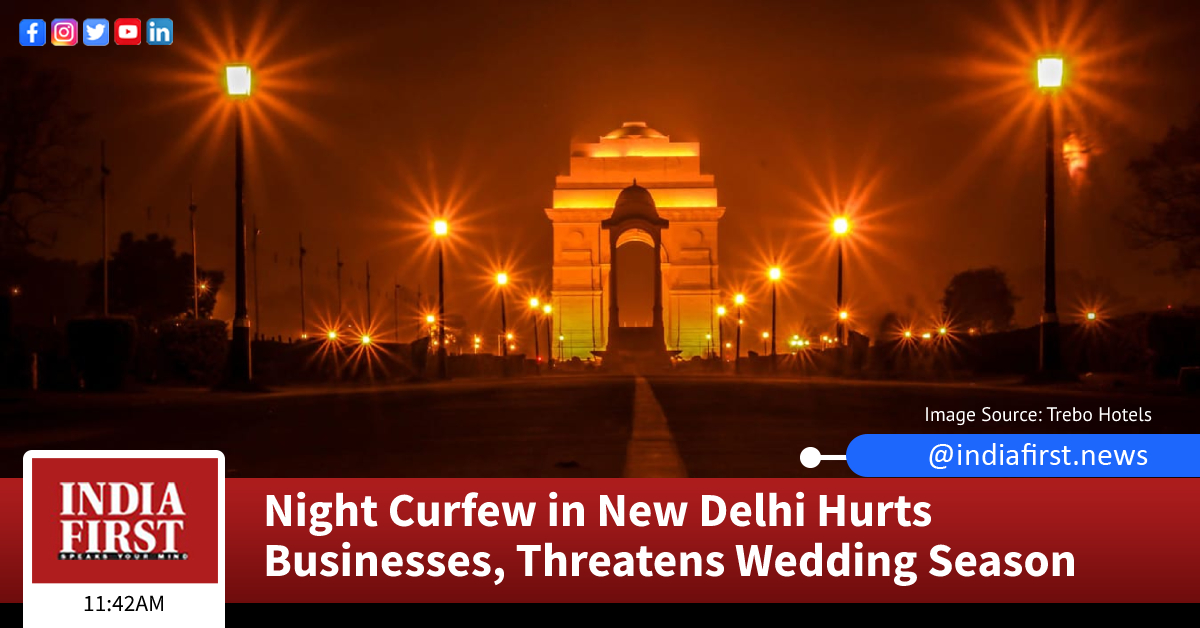 A lot of weddings are scheduled during the end of April. People have even distributed the wedding cards and invited a limited number guests while some of them have even compromised on the wedding rituals.

Kamal Arora, owner of Hallmark Banquet Hall, said: “A lot of businesses are directly related to the weddings. I have received almost 60 phone calls since morning. People who were coming from outstation to organise their weddings here are requesting to cancel them.”

“People are in a panic situation due to uncertainty. The government should provide an e-pass to those who want to organise weddings or increase the time of the curfew from 10 p.m. to 12 midnight,” he added.

He said that eight functions have been cancelled since the night curfew has been imposed. The wedding season is from April 22 to 30 only. People who had booked the banquet halls are now cancelling it and going to other states for the same.

Those who had planned their wedding in the capital are also cancelling the functions. Ankit Sachdeva, a resident of Agra, said: “I had planned my sister’s wedding in Delhi. While we were planning the wedding, we didn’t have any idea that night curfew will be imposed but now we have to change our plans.”

“We had requested the banquet hall owner to change the timings for our function. So, now they have asked to organise the wedding between 4 p.m. to 9 p.m.,” he added.

Saurav Chawla, owner of Orchid banquet hall, said: “I am unable to understand the logic behind the night curfew. How can it be possible that the virus spreads only after 10 p.m.? The problem is that how we will manage the weddings during the day. The government should work on some feasible solution regarding this.”

Delhi’s Community Welfare Banquet Association president Ramesh Dang said, “The night curfew has impacted the business of banquet halls. Almost 1,000 banquet halls in the capital will suffer the most because of this night curfew. We have even written to the LG and the Chief Minister urging them to keep the night curfew till April 22 only. We have also asked them to allow people go to their homes after seeing the wedding cards.”